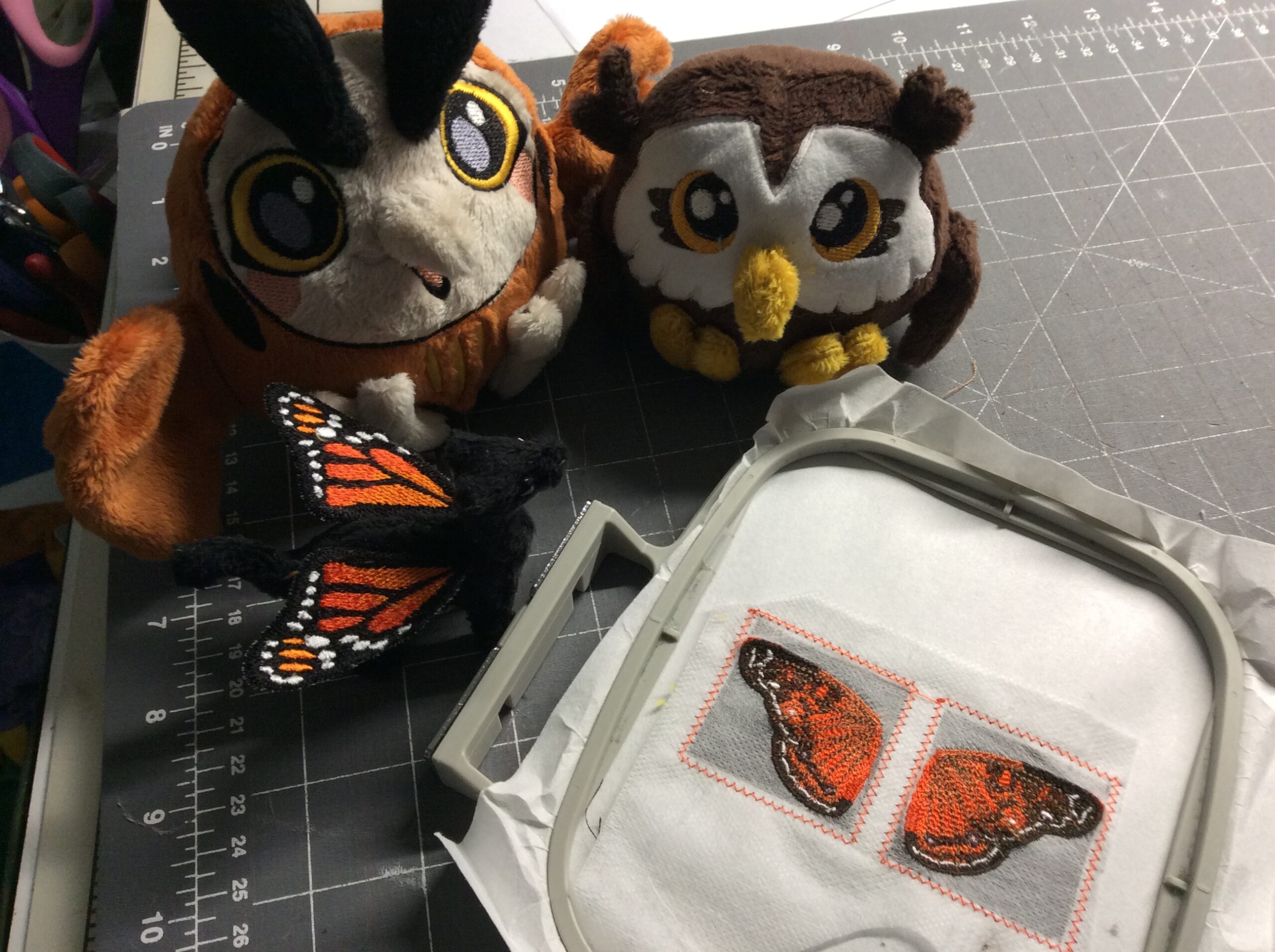 Still working my way through the partially-finished dragon stash, and have made an important change to my Taskwarrior setup.

I have complained about the recurring tasks swamping the one-time stuff, and had ended up with a little scratch spreadsheet where I was taking notes on each dragon type I wanted to make. And then I realized: I was reinventing a to-do list, separate from my Taskwarrior list. So I created a new context for works in progress. It’s not quite the correct way to use Taskwarrior: each entry is a dragon (or type of dragon; I have Kusarigama Progress installed and so can set a “goal” count) or other item. I use the “project” field for the status rather than a bunch of dependent tasks, and just change it from “draft” to “cut” to “embroider” to “finish” (which means cut/turn/stuff in Karen-speak) as it goes.

So now “clear the worktable” is in a separate context from “make a painted-lady fairy dragon” and I’m happier. The business part isn’t stepping on the creative part so much.

As you can see in the picture, the painted-lady wings are done. There might be a second one, if I decide the next-darkest brown is dark enough – I ran out of Sulky 1059 and so did every JoAnn this side of the Delaware. I need to wind still more bobbins, and then finish some dragons. The little monarch-forewing dragon is still the only one that’s actually finished, though that’s mostly because I had a number of made-to-order orders come in. (I may have yelled “STOP THAT!” at my tablet when it made the latest Etsy ch-ching, which is probably the wrong philosophy to have.)

At any rate, progress is still happening, and now I just need to resist the temptation to make a whole rainbow of monarchs. At least, not until I have all the other half-finished fairy dragons all the way finished.