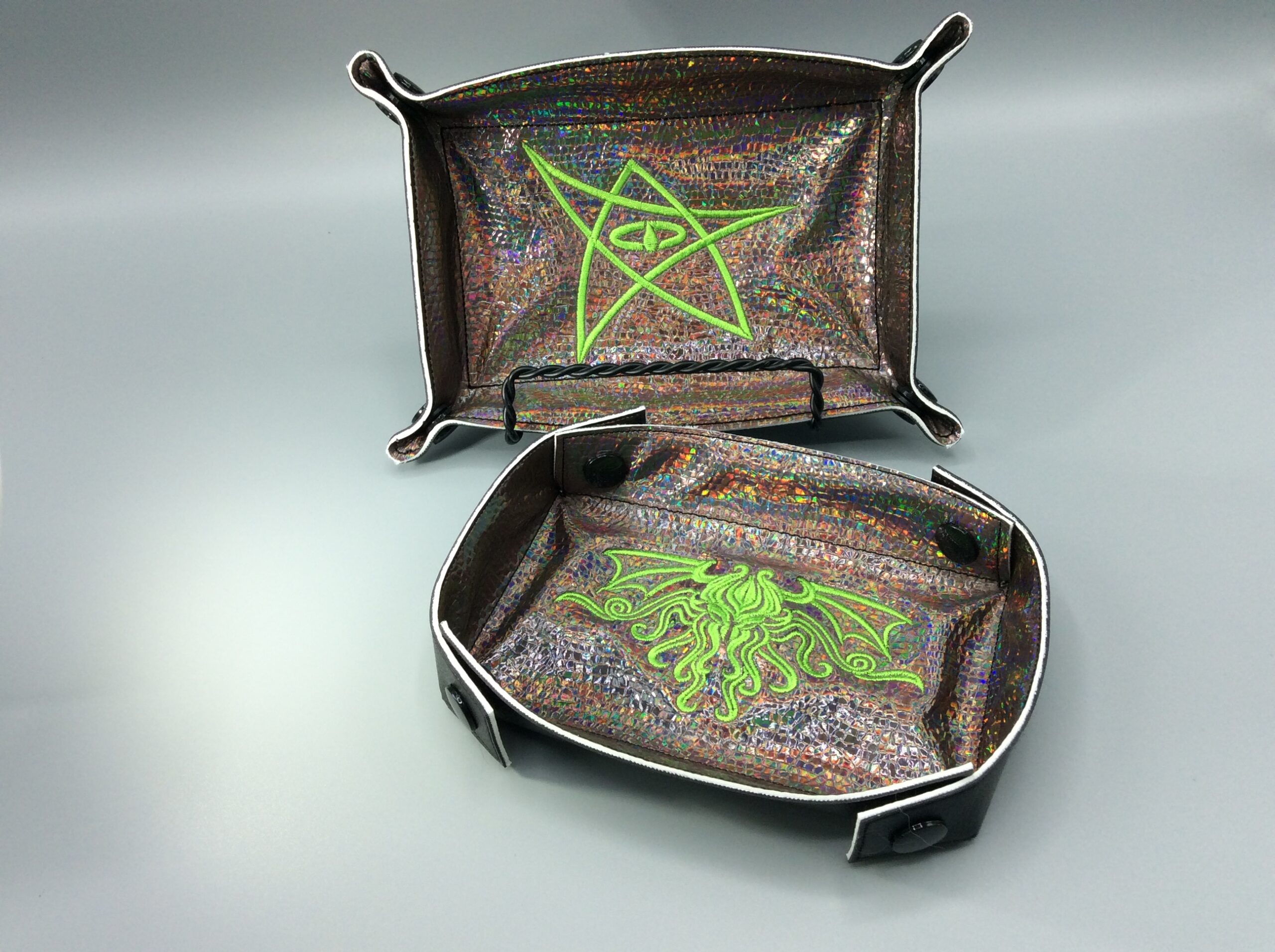 The Cthulhu mythos isn’t exactly a Halloween staple, but I had a request for an Elder Sign so here it is. I have a nice Cthulhu from Urban Threads that I’ve put on valet trays, so I played around with some of the fancy new JoAnn vinyl. Not sure if that’s a colour out of space or not.

Before I get to the download, a quick lesson: I wasn’t really thinking about the scale when I digitized it the first time and oh LOOK at the length of the satin stitches going around that righthand point. Don’t do that. I grabbed the vinyl to keep it from puckering and got a thread break for my effort.

There are two ways to do sharp points. One is to bring the two satin lines up to where they meet, then switch to a little satin triangle across the ends. This requires the two lines to have parallel stitches where they reach the triangle, so there’s no visible break in the stitching.

The other way is to taper the first satin line up to the point, then come back down in the other.

The top example is what happens when you just let Inkscape round the corner on its own. This works pretty well on small points, or blunt ones. To split it, break the points of the vees. Then extend the shorter line up to the previous one (don’t join it; you should end with two overlapping or nearly-overlapping points. Then do the same for the other leg – the third picture in the second row shows the result, separated for clarity.

The Celtic knot shamrock has the same thing going on, so it’s not like it’s never come up for me before.

At any rate, it’s fixed now, so here’s the file.

As usual, it is a ZIP file including the source SVG and as many formats as Ink/Stitch produces. You should be able to size it down to 75% before the satin stitches get below 2mm or so. Do that in Inkscape and re-export the embroidery files and the stitch density will remain correct. Ia! Ia!