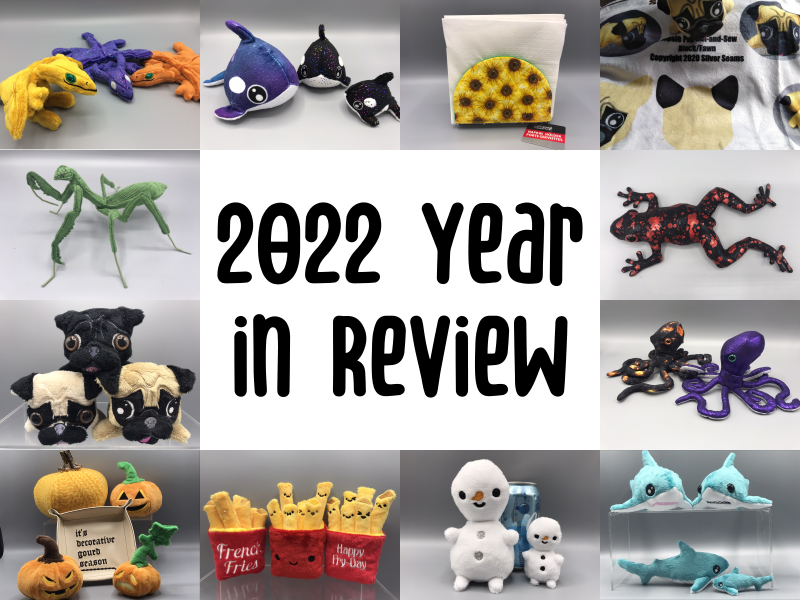 It’s been a complicated year, business-wise, and I wish I had a better summary than “It could have been worse.” I mean, it wasn’t awful or anything. I’m pretty proud of the designs I’ve done, and that I’ve been pretty good about keeping to the schedule for the Ko-Fi tiers. I’ve got the tutorial-writing process mostly down.

But I definitely didn’t make money this year. I mean, I made some, and my expenses were also fairly low, but time investment was HUGE. That’s on me: the designs don’t sell themselves, and I keep going “after the NEXT one, then I’ll have enough of a library to start really advertising.”

I’ve also, as I have previously talked about, definitely underpriced the Ko-Fi tiers as compared to other folks. Most people have no designs at the $1 level, and the $5-6 level is the charm that I give away for free on the blog, and a $15-20 level is designs like the shark and snowman. And nobody’s doing stuff like the pumpkin or french fries. This means I should be making it up in volume, and that’s not happening… which comes back to the “not really advertising it” issue.

I hate this but… it probably means I need to start a Facebook group.