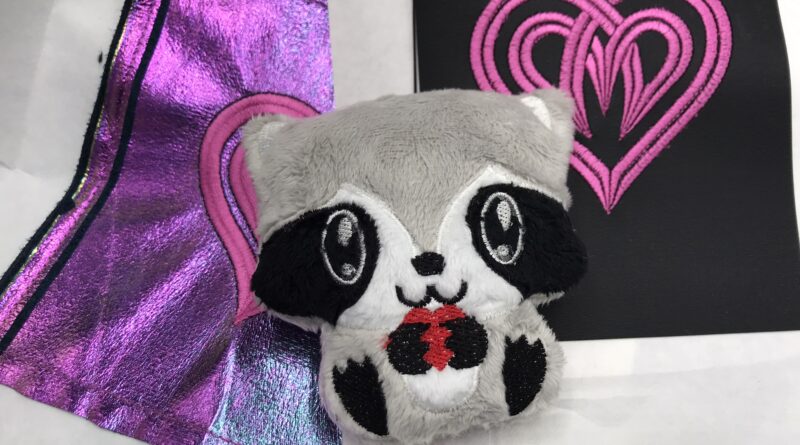 Satins scale easily in Ink/Stitch, but only in the stitch-density direction. Luckily, it’s not hard to split a satin stitch into two parallel ones with the new Convert Satin to Stroke.

I wanted to grab one of the heart-shaped leaves out of the Shamrock Knot design for a knotwork heart, but that made for a very tiny design. Scaling it up left me with very long satins, which wasn’t great for a pouch that might get easily snagged.

So I scaled it up, then used Convert Satin to Stroke (leaving the original satin), giving me a center line for the satin. Then I duplicated both the satin and the stroke.

Then I used Break Apart on the satin, deleted one of the rails, and Combined the remaining objects with one of the center-line strokes. I repeated this for the duplicate, deleting the opposite rail for that one.

Re-setting the params (which get cleared on a Break Apart or Combine) gave me two parallel satin stitches. Reverse one if you want, though in this case I just auto-routed the entire heart.

You’ll almost certainly want to set some pull compensation. I didn’t for my first trial run, on extremely-stable JoAnn blackboard fabric. I like the center-line effect, but some of the underlying running stitches show. If I was going to leave that effect in place, I’d manually shift those, but instead I added some pull compensation. 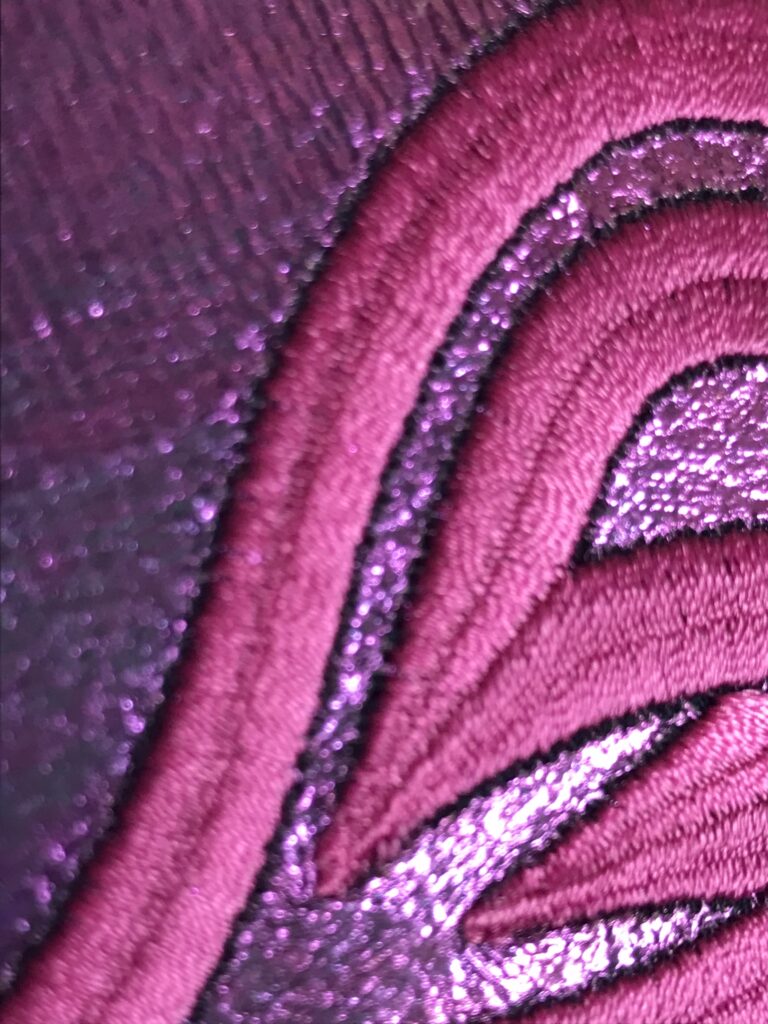 It still isn’t perfect – you ideally want it to stitch each pair of satins in order, so what I really should have done is manually route it – the same as the original single-satin design, but using satin-to-stroke to add a running stitch back to the head of the second of each pair. The un-routed version is included in another hidden layer in the file so you can do that if you want. Without that, the overall work can shift between the two runs of each pair.

All three versions – single, un-routed double, and routed double – are included in the SVG, but the stitch-file version is the small single one – a little under an inch and a half tall. You’ll have to open it in Ink/Stitch to produce the larger, double-satin versions.