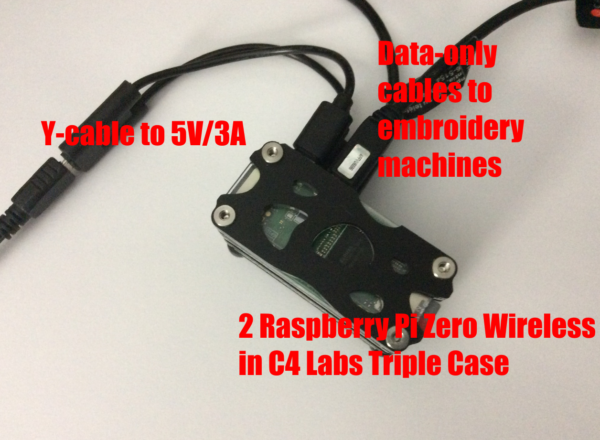 It’s possible to put an embroidery machine (or a 3d printer, a cutting machine, a TV, or almost anything else that reads from a USB stick) on your wifi network, and set it up so that all you have to do is copy your embroidery files into a special folder on your PC (Windows, Linux, and probably Mac though I don’t have one to test it with) and they’ll appear on your embroidery machine. Here’s what you’ll need.

The official Raspberry Pi site will tell you where you can buy a Pi, either mail-order or in person. In the US, if you live near a Micro Center, you can buy one. Literally, one. That’s all you can mail-order as well. This is probably good, because I’d buy half a dozen every time I was in a Micro Center because it’s so fun to set up a tiny computer. They’re ten bucks! Make sure you get the wireless one; that’s the whole point of the exercise.

March 2022 update: whew lads, the chip shortage has hit Pi’s hard, and next availability is 2023. I’ve been looking at alternatives (only SBC’s with a single USB-out seem to work, so don’t try a different Pi, other than maybe a Zero non-W with a wifi hat). I’ll update this as soon as I find an alternative.

You don’t want to poke the circuit board while the Pi is turned on (or other times, really, because static), so maybe get a little case for it. You can get cheap ones, you can get fancy ones. My first Pi lived in a piece of folded cardboard. The one in the picture is from C4 Labs, also sold in person at Micro Centers.

This is what the Pi uses for a “disk drive.” You don’t need a very big one; 16GB or 32GB will do. Get a good name brand. I usually go with SanDisk 📦, but depending on when you’re reading this, times may have changed.

If your computer doesn’t have one built in, USB ones are super-cheap 📦.

The Pi has two USB-micro ports. One is for power, and the other is for data. You can power it from the data port, but that means your embroidery machine has to have enough power, and has to stay powered on.

Power is easy. Find a nice 5V power supply from an old cell phone. Make sure it is at least 2A. 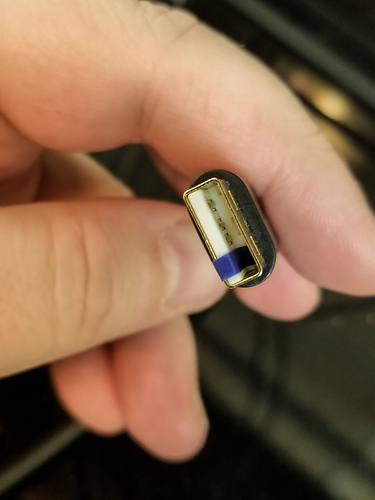 The first setup, with the Pi plugged directly into the side of the embroidery machine, looked neat but I pretty quickly figured out that the Pi was going to get bumped and possibly damage the embroidery machine’s port. It lives under the table now, but that’s not as photogenic. If you’re only hooking up one Pi, just get a 6″ USB cable, tape or cut the power line in it, and tape the Pi to the back of the embroidery machine or table. (Duct tape will hold in the heat though, so don’t get carried away.)

That’s it! If you’ve already got cables, can write SD cards, and have a nearby Micro Center, you can do this for under $25. If you have to go to Adafruit or somewhere mail-order, it’ll be a little more, but still not bad.

Okay, this is purely optional, but I do have a ko-fi (which is also where freebie designs first appear).

You’ll need a few more things, but they’re all free.

If your operating system doesn’t have one built in, you can use something like Termius. This is how you’re going to talk to the Pi since it doesn’t have its own keyboard and screen. It’ll open a window on your desktop PC instead.

I use Etcher. There’s a version for Linux, Windows, and MacOS.

It’s available in this repository. Click on “usbgadget.img” and it should let you download just the image. It’s based on the 2021-05-07 Raspberry Pi OS Lite, but I’ll try to keep it current.

If you’d like to build your own image, check the bottom of the page for the behind-the-scenes.

Putting it all together

We’re going to unpack that image onto the SD card, in a format that the Pi will run off of. Put the SD card in the reader and open whichever imager you’ve chosen. Both work the same way: pick a device, pick what you want to put on it, push the button. With Etcher you’ll have to point it to the image you’ve downloaded, with Imager you’ll have to pick Lite. Both should find the card, though if you have other USB storage devices plugged in make sure you pick the right one. That’ll take awhile.

Once that’s done, your computer should recognize the SD card just like a thumb drive. It will have two partitions, boot and rootfs. Open boot. We’re going to tell the Pi the wifi password. Find the file named wpa_supplicant.conf. It will look something like this:

Put in your actual wifi ssid (the network name) and password, of course. Save that file, unmount the SD card, and take it out of the reader.

Wake up the Pi

Put the SD card in the slot on the end of the Pi, and connect it to power (the USB port closer to the end of the stick). It should light up, and in a moment or two if all goes well it will be on your wifi network. If you connect the other USB port to your embroidery machine, using the no-power cable, it should recognize it.

Connecting from a PC

Now you can press Windows+e to open the Windows explorer, type \\usbgadget. You should see the usb_share folder, and be able to read, write, and delete files to it. It’s open to your whole network, so be careful.

If you also want to mount it on a Linux machine, from that machine you just need to type:

(The mount point doesn’t have to be named with the Pi hostname if you have a different convention on your machine.)

That’s it! Your Pi is now a wireless USB stick!

Don’t forget to delete the usbgadget.img image off your PC if you downloaded it there. It takes up a lot of space and you won’t need it again.

Okay, that’s not entirely it. You’ll probably want to turn the Pi off at some point, and maybe you’ll want to change its name. And maybe you’ll want to get really fancy, since you now have a whole ‘nother computer sitting there (believe it or not), and let it do things like… do ad blocking for your whole network, or be an Internet radio station. Or maybe you and your embroidery machine tried to write to the virtual USB stick at the same time and now things are all confused. It’s all here.

Thanks to Russell Barnes of MagPi magazine, who wrote the watchdog script.

There are a few reasons you might want to build your own image instead of using my pre-built one. Maybe I got hit by a bus and haven’t kept the... 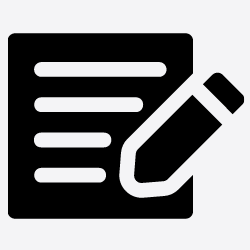