The real reason for the season 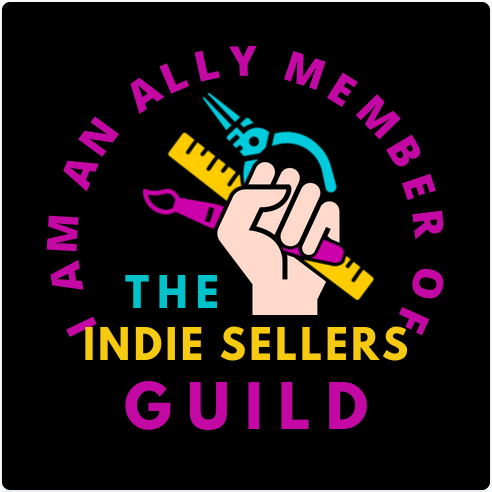 Labor Day has been pretty-much-successfully turned into a summer-bookend holiday weekend that nobody quite has a clear grasp of the purpose for. (The same is true of its spring counterpart; I’ve known active-duty and veteran servicemembers who take entirely too much joy in saying “I’m not dead yet!” every time someone tries to “honor” them on Memorial Day.) It’s deeply ironic to me that we “honor” it by making retail and service workers work extra.

Anyway, I decided I needed to write a little something about unions, and remembered the Etsy Strike. Which I mostly participated in by getting mostly off Etsy, though not entirely, and I’m kinda going back soon - but that’s a whole future post. At any rate, I didn’t pay too much attention to what came after the strike, and hey! Stuff has come after the strike.

(Not, alas, much in the way of action on Etsy fees and policies.)

So the picture is kind of a spoiler but: I joined the Indie Sellers Guild. There aren’t any dues so mostly that means: I filled out some paperwork. If you’re an indie seller, Etsy or otherwise, you should probably check it out.

And support your local union, and don’t support non-unionized workplaces this Monday.