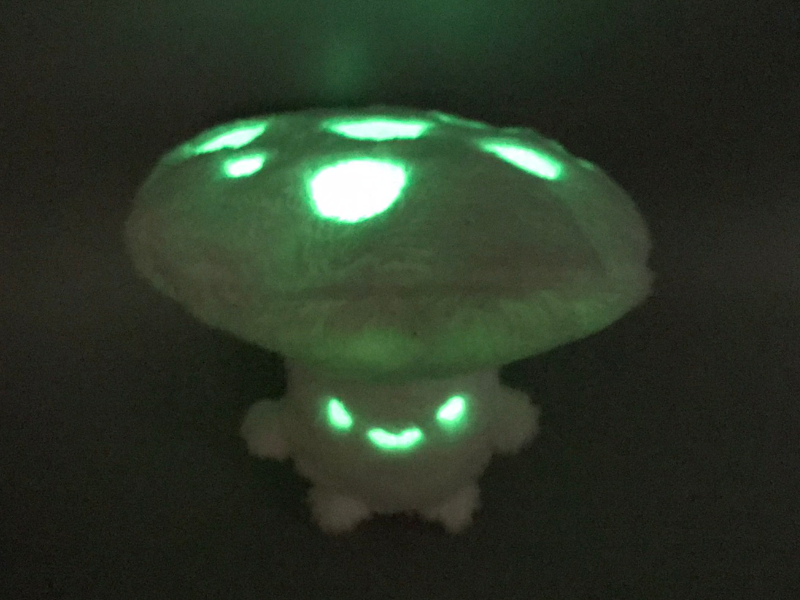 I think I finally have things down to a good working schedule, though I will confess I goofed up this week and was utterly convinced I needed to take all the tutorial photography for the in-the-hoop pug today to get it done in time for the Ko-Fi release. I don’t, that’s next week. The first Friday being the first of the month has me very confused, plus the novel concept of scheduling things a week before they get released.

The first Friday of every month will be an in-the-hoop design. Usually snap tabs (or snap tab blanks), but now that Ink/Stitch has fancy fills, maybe more conventional designs?

The second Friday is the plush freebie, usually in-the-hoop since that’s all I do these days. Because they’re SVG files you can always print them out and sew them conventionally though. July’s was the frog, August’s will be the toadstool. Ko-Fi subscribers get that one a month early so they already have the toadstool (and they’ll get the Kawaii Octopus next month).

The third Friday (today!) is open. Ideally I’ll put out a smaller paid design that week, but I spent entirely too much time making glow shrooms this week so that won’t happen, at least not on schedule. For now, I’m just upgrading the toadstool design to add the gill option and some notes on how to make glow minky(!), so that’ll drop on Ko-Fi in a little bit.

The fourth Friday is a big paid design - the aforementioned pugs, this month. Ko-Fi $5-tier subscribers get that one for free, which pays for the subscription and then some.

There’s a fifth Friday this month, which is a good excuse to do Christmas in July: a sale on designs, and a shop drop of “gingerbread” Christmas ornaments.

Now, that’s a bare minimum: obviously I drop tiny designs (currently, emoji) on Ko-Fi and here all the time, and larger ones off schedule now and then.

Regrettably, Ko-Fi can’t do separate tiers, so I can’t do a “plushie a month” tier that’s separate from the embroidery-design stuff. But I’ve thought about “fabric box a month,” since I buy a fair amount of mail-order fabric which results in higher minimums and even on compact stuff like spandex it’s filling up my storage faster than I’ve been using it lately.

Alternately, I could start a second Ko-Fi account, or use my idle Patreon account, for a plushie-of-the-month type thing. Let me know in the comments if you’re interested in either physical-items subscription… or what you’d like to see in upcoming designs.