The best-laid business plans of mice and Karen 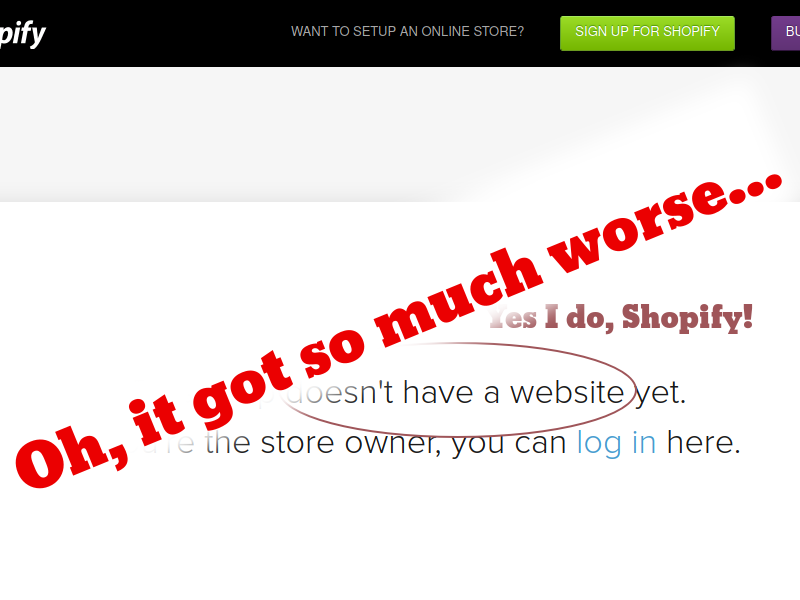 Update: Not giving up quite yet but wow, what a setback.

Five months ago, I opened a Shopify shop. Shopify’s a little weird, in that most of its functionality comes through what it calls “apps,” which are add-ons that let you do more stuff in exchange for giving the app creator access to some or all of your data. (Potentially problematic! But the only third-party app I used was Pirate Ship’s, and I was gonna manually type in that data anyway to make the shipping labels.)

Some apps don’t work with the Lite plan, sometimes because they have to have access to a website to run and Lite doesn’t come with a website (this one is hosted elsewhere). Sometimes for no reason I could really discern other than “we want you to upgrade to a better-paying plan.” Sometimes the app won’t even install, other times it will install and then tell you it doesn’t work when you try to set it up. The latter kind is a little disturbing because I don’t know if that means it had access to my data or not - though again, that was part of why I only went with Shopify’s own apps.

Digital Downloads is an app that runs on Lite. At least, it says it did, I downloaded files from myself to confirm that it worked (more on this in a moment), and set up a lot of the freebies there so people would have incentive to register and thereby lower the bar to actually buying paid designs. And it’s been going… okay. Not great, and Ko-Fi has done better which sort of surprised me. I thought maybe people didn’t trust a non-Etsy self-run site, so I’ve been careful to invoke the Shopify name whenever I can. See, it’s a real shop with a real company, you can trust it to work.

And then yesterday a kind soul emailed me to say the links to her freebies didn’t work.

And after talking her through it I learned: the download works if you download from the confirmation screen, which also tells you it has sent you email links. If you don’t immediately download them (maybe because you’re on your phone, or just have other things to do right then) and close that screen… you can never download your files, you instead get the screen I put on Monday’s entry.

No big deal if it was a freebie, right… nothing lost, you’ll just never go back to that shop.

I’ve been doing this for months.

Pouring almost every waking hour into this, promoting the shop on social media and here, letting the dragon-factory side of the business dwindle, not making much money because I was Investing In The Future and… oh, I’ve been throwing my time and money and most importantly the thing I’ve been trying to build, trust and goodwill, down a hole.

I honestly don’t know if I have the energy to start again.

Thanks, Shopify. You had One. Effin. Job.

(If you are/were using Shopify Lite with Digital Downloads, please contact me. We gotta talk.)

« Revisiting Shopify Okay, not giving up yet »