Text on a Curve

A frequent use of embroidery fonts is in around the edges of a patch, but Ink/Stitch doesn’t have a text-to-path function (yet…) What’s to be done? 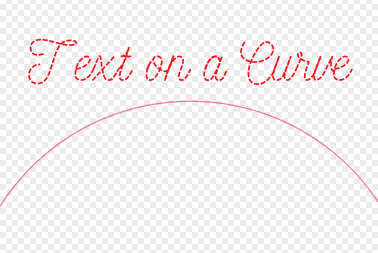 Ink/Stitch doesn’t use system fonts (TrueType et al.), but you can use them indirectly, because Inkscape can do text-to-path. NickAinley is available in TrueType, and while it’s not exactly the same font (I just hand-drew approximately the same shapes) it’s close enough for this use. 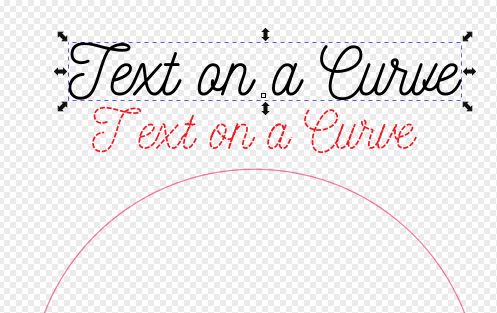 Resize the Inkscape version (in black) until it matches the Ink/Stitch version. Because my kerning is off, don’t go by the length of the words, but rather by the individual letter size. 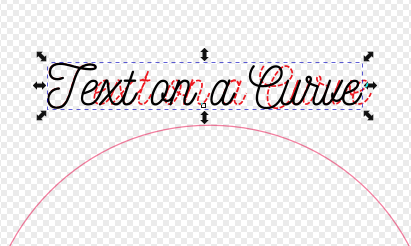 Now after selecting the Inkscape version and the curve, Text > Put on Path. Sometimes the text will be argumentative - it’ll go backwards around the inside of the circle or what-have-you. There are a lot of Inkscape tutorials on getting texts onto the curve correctly, so I won’t recap them here. 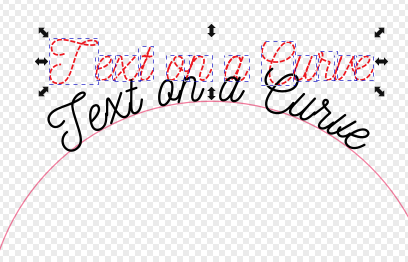 Once the Inkscape text is how the stitching should go, I find it easier to put it on a lower layer and lock that layer so I don’t keep selecting the wrong letters.

The Ink/Stitch lettering will need to be ungrouped into individual letters. This will make Ink/Stitch stop recognizing them as a Lettering object; now they’re just stitch objects. This shouldn’t be important.

Even though they’re individual, I like to rotate them as a group, de-selecting the newly aligned letter and rotating the remaining group. There’s no real reason for this, so do what you find easiest. 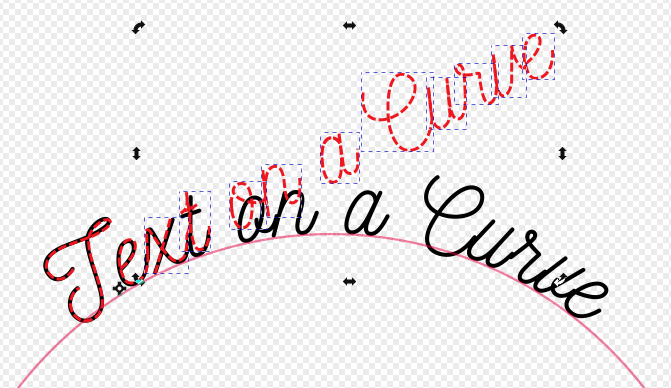 Embroidery NickAinley doesn’t always match TrueType NickAinley, but even if it did Inkscape will have slightly distorted the letterforms as it did the pathing. Match things up as well as you can. 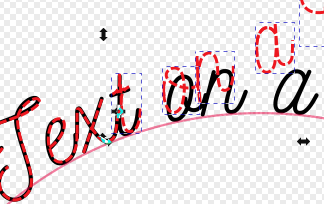 Because NickAinley is a (mostly) continuous script, you may want to do a little node-editing at the end to re-connect the script. This won’t happen with individual letters, as often go around patch edges. 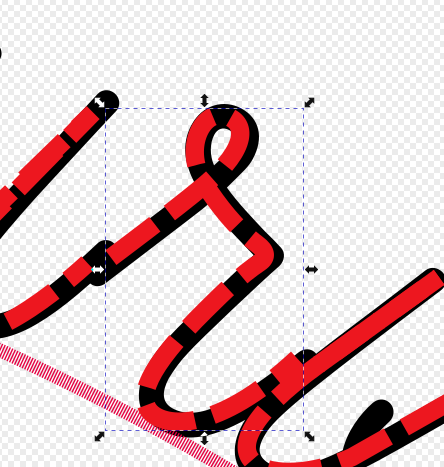 Once the lettering is where you want it to be, hide or delete the Inkscape version, and look at the spacing with a fresh eye for any mis-aligned letters. That’s it!