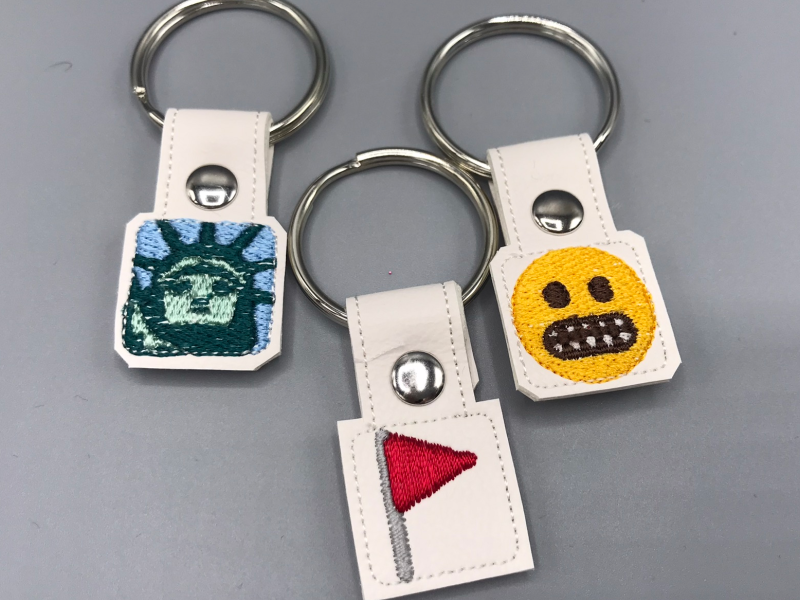 I’ve been doing the emoji at 20mm - though of course you can rescale them in Ink/Stitch - and they fit on the octagonal snap tab blanks with plenty of room to spare. But the most recent one I did for Ko-fi supporters is Nail Polish, and it has an implied square border that looks a little odd on the octagon. Solution: square blanks. 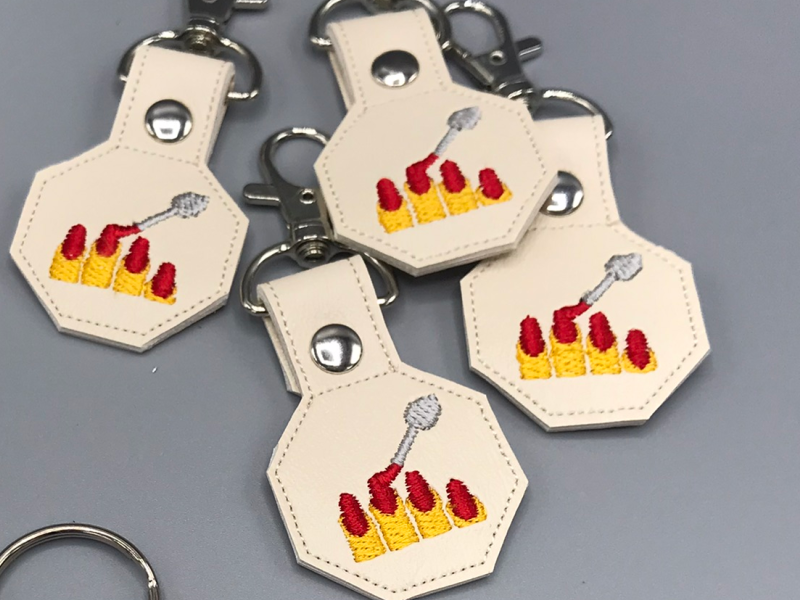 The tabs are positioned exactly the same way as the octagons, so if you have designs set up for those you can merge them easily - or use them without actually merging, if you’re so inclined. Just skip to the design in the octagon stitch file, stitch it, then load the square design and run it. The alignment marks will make them center the same, even if you don’t use them: the square tabs aren’t large enough to be quarter keepers, so positioning the back piece isn’t critical. 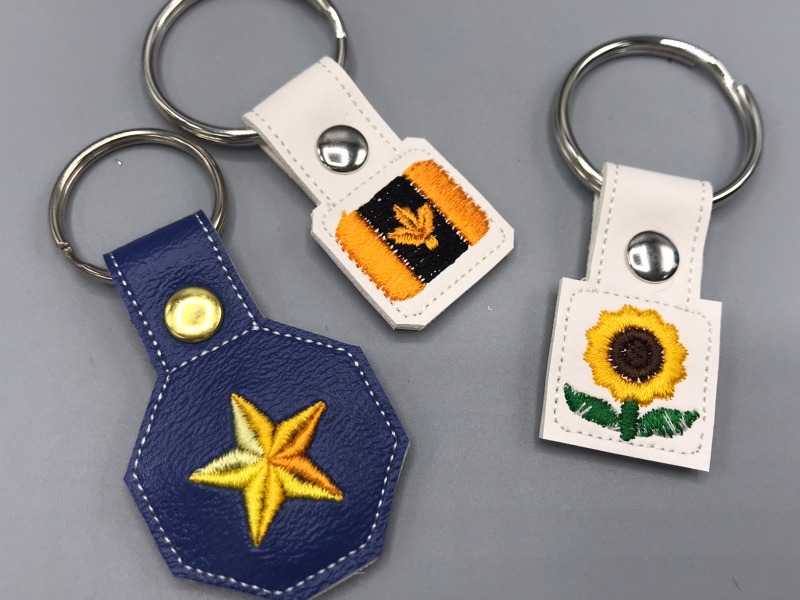 This doesn’t work for designs larger than 20mm, of course, including the Dragon in Flight and some others that are on the octagons. It also doesn’t work for the Sunflower Emoji, since I made that one before I settled on the 20mm square size, but you can scale it down and it works just fine (at least if you thread your machine right).

It includes both rounded-corner (to match Twemoji) and square-corner squares. The rounding is small enough you can still cut the tab square, or you can nip off the corner at a 45-degree angle.

Since the design page is generically named, I just added the squares along with the octagons.