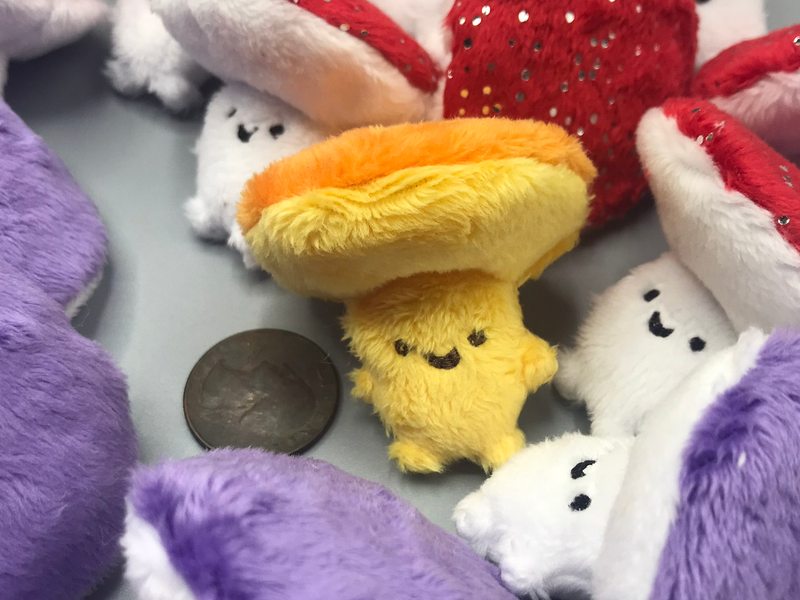 I’ve revised the Kawaii Toadstool design just slightly, bringing it in line with the similar designs in that the cap now gets sewn in four steps, making it a little easier to align precisely. And more importantly, there is a smaller version included in the package.

If you’ve followed my social media accounts, you’ve seen a growing pile of tiny mushrooms, because I have decided this year’s trick-or-treat station will be a pick-your-own mushroom patch. In past years I’ve done a pumpkin patch (with balloons holding treats - not a thing I’ve done since the start of a pandemic spread by aerosols!): 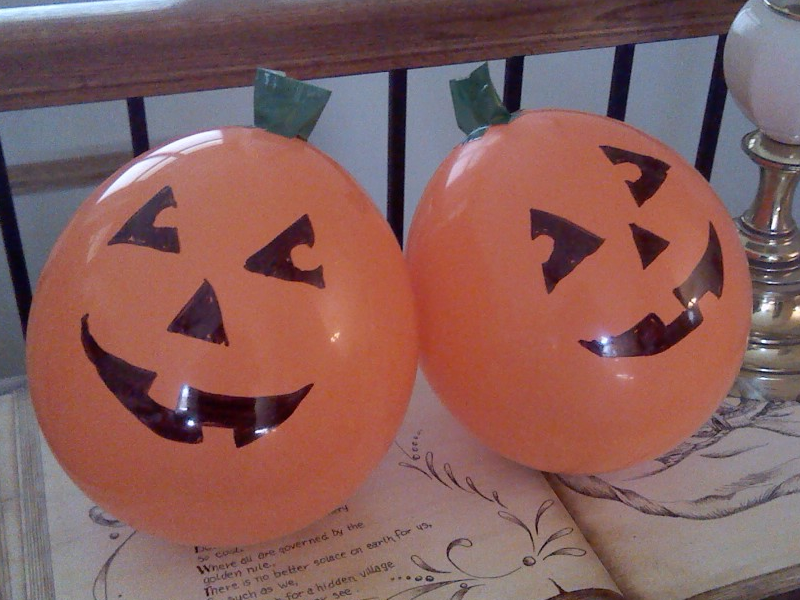 and an apple orchard (pandemic-era, with sealed bags containing the treats and pinned to clotheslines): 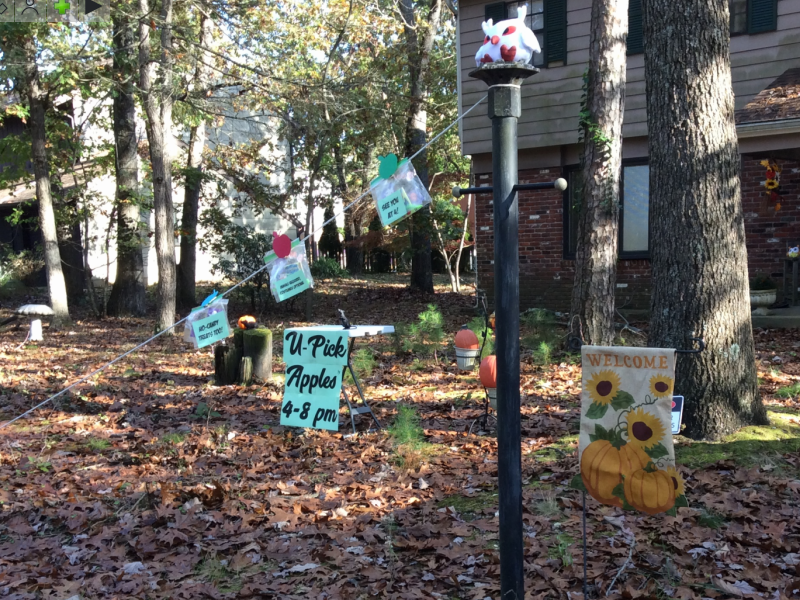 and this year I’m going cottagecore, I guess.

The 200mm hoop on the Janome will fit nine smaller mushrooms, so I’m figuring a dozen or more hoops-full will be enough… considering I already also have a couple of boxes of full-size candy bars. Yes, we have a lot of kids in the neighborhood, plus all the teenagers who put on team jerseys and call it a costume. (And we’re Philly-adjacent enough that it is fully acceptable. I expect to see a LOT of Bryce Harpers and Jalen Hurts’ around this year, large and small.)

Anyway, if you got the mushroom earlier you’ll need to re-download it. There are now three sizes. The instructions include the extra two steps. The faces now use the new contour fill so they’ll re-size a little better within Ink/Stitch. You can go even smaller than I’ve done, though eventually the arms and legs get difficult and then impossible to turn. At larger sizes, the single-piece construction starts to become more awkward, at least for a plushie that’s going to be handled much - the body stuffing can migrate to the cap.

Anyway, hopefully this year I’ll manage to get a picture of the fully-set-up patch. Not that there will be much to do besides the plushies: our edge-of-the-Pine-Barrens yard is all moss and ferns and fallen leaves. At least by this time of year the real mushrooms are done and gone so I don’t have to worry about littles picking a non-plush one.