Pour one out for Fabric dot com 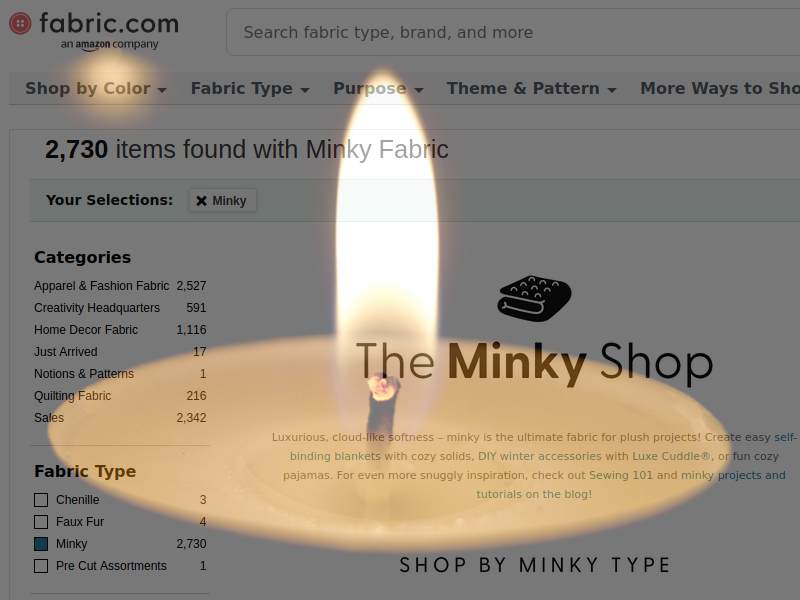 Craft Industry Alliance is reporting that Amazon is shutting Fabric dot com down.

It’s been “Fabric (dot) com, an Amazon company” for quite awhile, but it was only in recent years that they really started leaning on “this is also available on Amazon.” The constant attempts to direct traffic over to Amazon itself should have been a danger sign, I guess.

I’m kind of peeved that they ran it into the ground instead of cutting it loose earlier while it was still hopefully viable. And that their people are having to job-hunt during the holidays (though evidently it’s going to be open through the end of the year). Dangit, Jeff Amazon!

I’ve bought from Minky Boutique before, when I needed less than a yard or when Fabric didn’t have the color, and I guess I’ll be doing that a lot more. Big Z carries about fifty colors of minky, and I’ve heard the quality is good but I haven’t tried it myself.

Update: They didn’t mess around. And all the minkies on Amazon sold by them are either ended listings, or listings available from third-party sellers. So much for paying their employees through the end of the year, I guess. 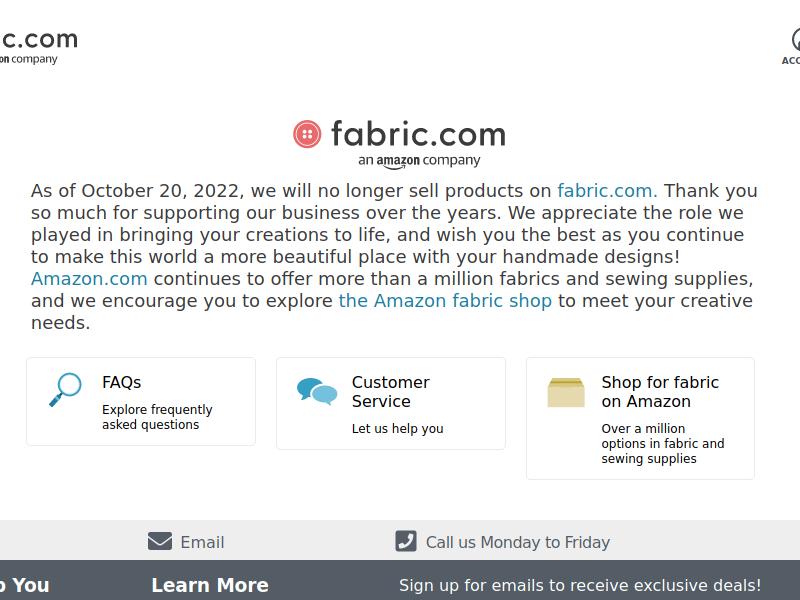 « Websites are made of glitter New products, old products »