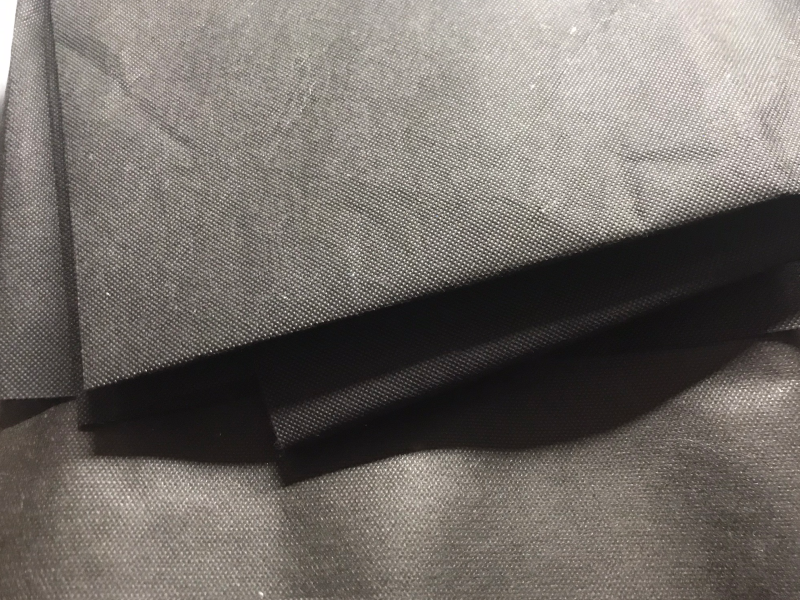 Someone recently posted a mention on an embroidery group that JoAnn had Pellon 915 on sale for half price, and that it made a good black cutaway stabilizer. It being Facebook, someone else pooh-pooh’d it as just being Oly-Fun which everyone knew about.

It being Facebook, I didn’t step into that, but since I took advantage of that half-price sale and had both fabrics on hand I thought I’d do a comparison.

You can use both in the same places, though 915 is both cheaper (especially at half price) and wider (at 48” vs. Oly-Fun’s usual 20”) so you’re throwing money away if you use Oly to, say, cover the underside of your upholstered furniture to keep the dust out. 915 will do fine for that. Oly’s also probably a little much for embroidery stabilizer, unless you need very heavy-duty stuff. (And even then, a double layer of 915 is often still cheaper.)

As a permanent, visible part of your project, such as a mini-composition book cover liner, you will probably want Oly. 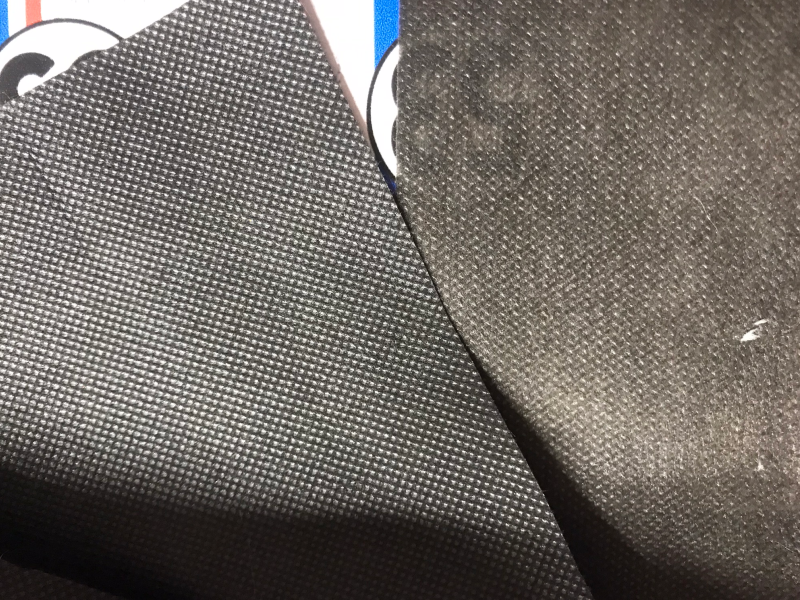 Tucking some of the uncut Herbie fobs under a single layer of each shows why: you can read Herbie’s number right through the 915, but not the Oly. If you’re trying to cover up the embroidery back and there’s contrast, it’ll show. Again, though, a double layer of 915 is even heavier than Oly. 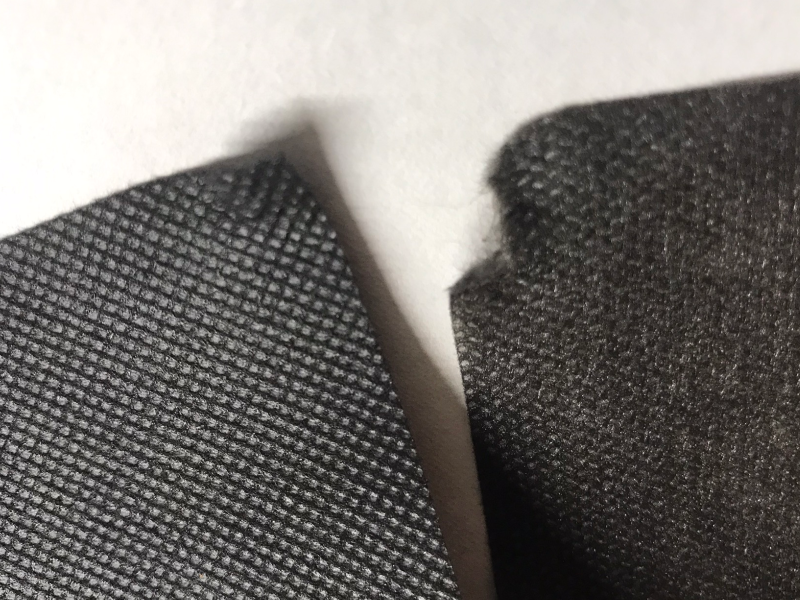 Oly is also good for backing key fobs and other items that get wear, though of course not as good as marine vinyl. 915, less so. Exerting one Karen of effort (a very scientific measurement!) is barely enough to tear 915, but only stretches the Oly. 915 still isn’t tearaway stabilizer - I mean, anything can be if you try hard and believe in yourself, but tearing 915 will be hard on your stitching - but it’s not tear-resistant enough to use for anything that will get stressed.

Pellon 915 also comes in white (915W), though not as many places carry it and it may have purely been an early-pandemic thing (for use in improvised filter masks), so if you want color you’re definitely upgrading to Oly-Fun.

Black stabilizer is handy for cases where you’ve got all-black vinyl and don’t want white to show on the edges. 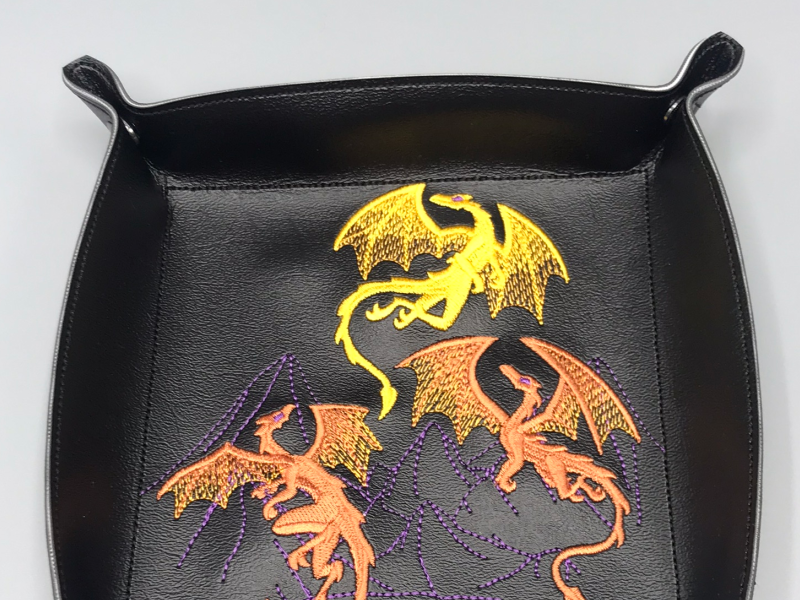 Or when, as above, you have black vinyl with white backing, but plan on using a fabric marker to color the backing. Things that color on the vinyl’s polyester backing may not color the same on polypropylene.

In summary: I use both, but could probably get by with just 915 if I doubled it, or just Oly if I didn’t mind the extra cost.