Of motorcycles and embroidery machines 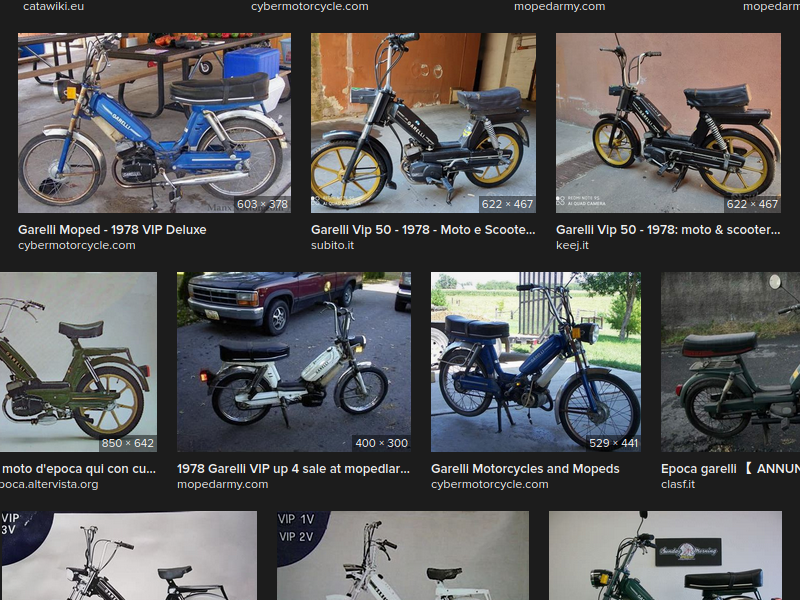 In my early teens, my family bought a moped: a Garelli that was basically a single-speed motorcycle with pedals. They were exempt from helmet laws, and bike helmets weren’t a thing yet, so after my sister fell off and got a concussion my parents sold it. By then I was driving my folks’ old Vega, and I kept thinking I’d get an actual motorcycle to commute with. One of my rules was that I didn’t want a bike too large to pick back up if I laid it down, since I was a tiny little thing back then.

This policy came back to me when I hauled the Ellageo in the FLQS for an annual checkup before putting it into service. I used a flatbed cart to get it from the car to the shop, but just getting it to the car and onto the cart still aggravated my trick knee for a couple days. I told my social media folks to remind me of that when I was tempted to get the monstrous Janome M17 Continental or whatever the recent Brother equivalent is.

At any rate, it’s home and ready to go… except I put it on the Brother’s stand and encountered two more size issues. One is that the Brother’s stand is a “temporary” setup: a Boeing-surplus desk, heavy-duty enough to rebuild engines on, but with a riser improvised from a cheap flatpack shelf unit. It’s got a second flatpack shelf board on top of it, but under the weight of the Ellageo it bows enough that the Ellageo’s embroidery arm gets out of alignment. Not good!

Ah ha, I thought, I’ll just do without the riser for now. But no: the riser is what lets the embroidery arm clear the laser printer that also lives on that desk. It was a problem for the Brother too, but it’s really a problem for the Ellageo, who may also run into the Janome if I run them both with their big hoops.

All of which is to say: larger isn’t always better with embroidery machines, and you should consider the drawbacks too.

Anyway, if you’re wondering why you haven’t seen giant dragons coming from the “new” machine, that’s why.

(Also, I never did get a motorcycle.)