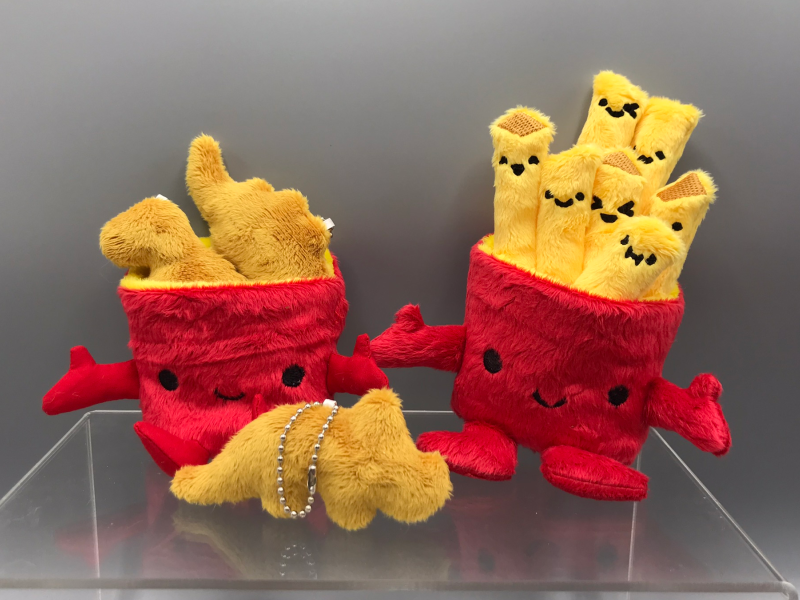 Let’s look at what happened in October.

And of course those freebies made an appearance IRL on the last day of October. I was going to scatter the mushrooms on the “lawn” - a native Pine Barrens moss-and-wintergreen yard - but there was a high likelihood of rain so I instead covered a tomato pot’s dirt with plastic, spread my brown test minky over it, and “planted” them there. 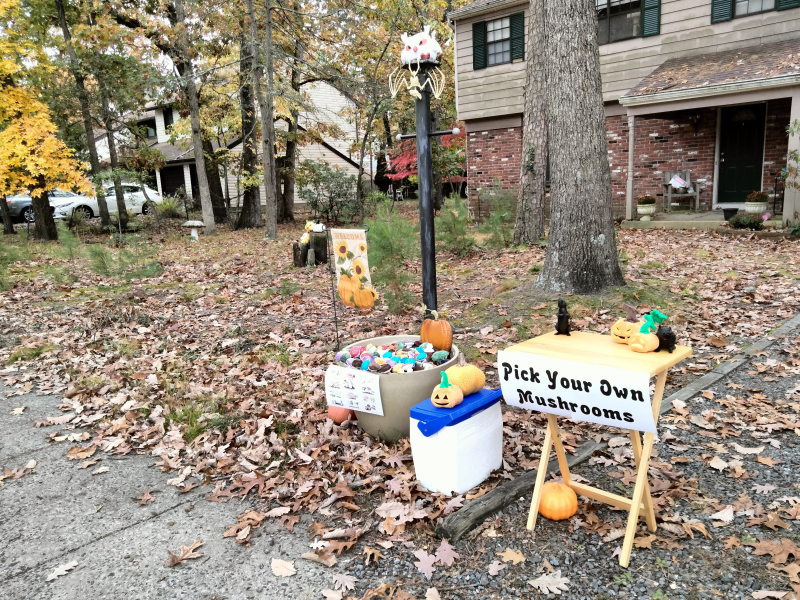 A few toads and red oak leaves joined the toadstools. New Jersey’s state tree; you can see from the less-fluffy leaves that we have one in our front yard. 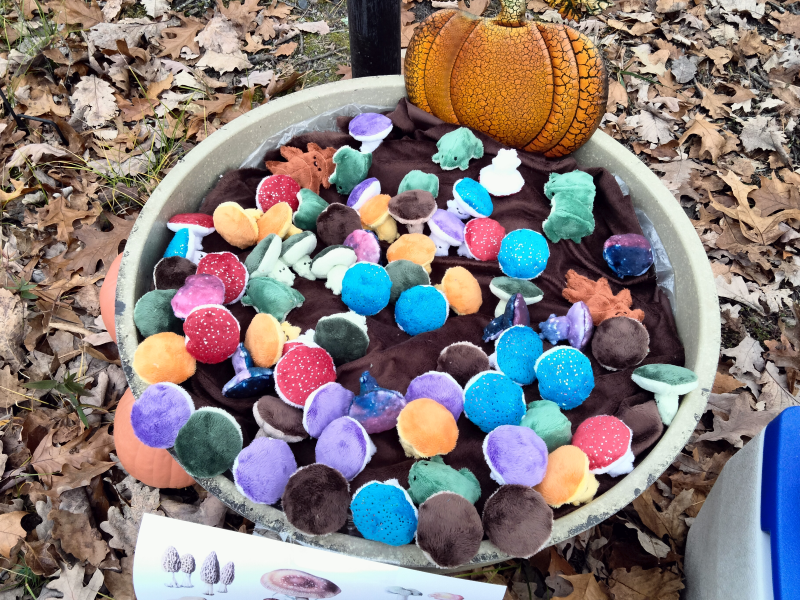 As the toadstools and giant bowl of candy thinned out, I combined them in the pot and then, when the rain arrived, picked it all up with the minky and retreated to the porch. 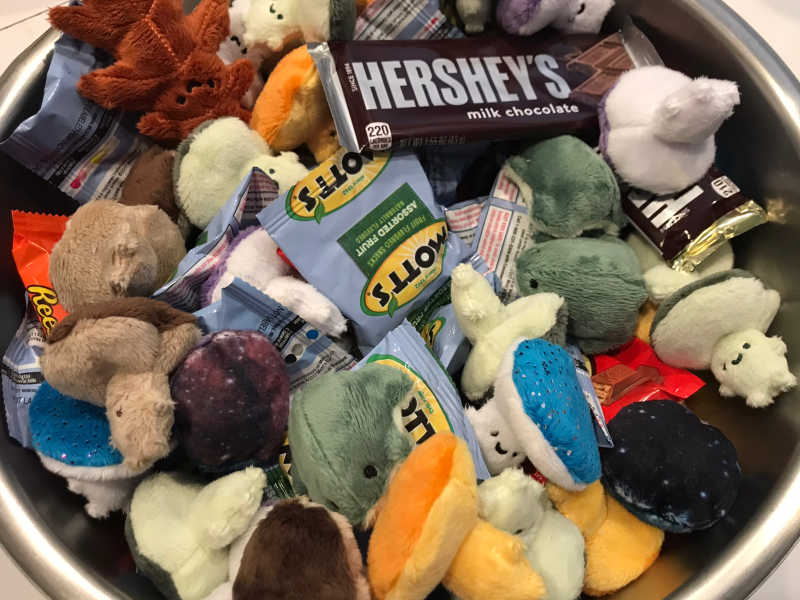 As you can see, I wanted to be sure I didn’t run out. Traffic was way down this year, probably a combo of the weeknight, the potential for rain, and the Phillies World Series game a few miles away (that got rained out). But it was still very satisfying to hear things like a kid the next street over still excitedly talking about “the house where he got a MUSHROOM!”

I’ve had a lot of requests for them so the surplus ‘shrooms are in the shop - and if you sell them, let me know and I’ll link your shop, because there’s definitely demand (a quarter of them were snapped up within minutes of the announcement).

« Every craft seller is a photographer November lookahead »