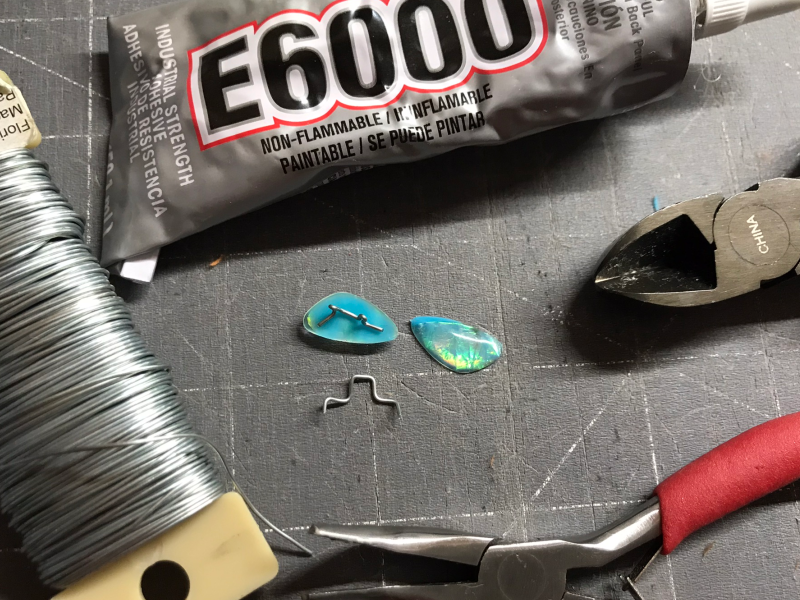 Sometimes the right eye isn’t available and you have to make your own. The eye test was pretty successful, so I thought I’d share how I did it.

The first step is picking the right thing to use for the eye. I’ve used things like crystal lemon stones (Swarovski clones; there are a variety of versions), foil-backed rhinestones, paper-backed cabochon eyes, and these little resin chips. Things don’t have to be entirely flat-backed - some of the Swaravskish crystals aren’t - if your doll/animal has some give to it. Minky is very forgiving, of course.

You’re gluing the loop to whatever is on the back, so you’ll want to make sure that the backing is secured to the actual eye well. The legs of the loop will take a lot of the stress, but not all of it, so before you sew in the eye pull on the loop and make sure it doesn’t easily pull apart. Some paper-backed eyes are very securely glued, but the paper itself will delaminate. Sometimes that’s fine, and you can peel the outer layer off and successfully glue to the remaining paper. Other times, the foil will peel off the rhinestone.

In this case, I’m gluing directly to resin, which is pretty ideal. E-6000 will stick fairly well to it, and medium-well to metal.

If you’re using a round eye and you don’t care about the orientation, you can use a single loop. I could probably get away with one here - the minky will keep the eye from spinning unless you actively try turning it, which shouldn’t happen. But I like to use two just to make sure it stays where I chose to put it.

It should go without saying but: these are definitely not safety eyes. Use them for art dolls and fabric sculptures, not toys!

Crimp it into a W shape for a single loop, or a… whatever that shape is… for a double loop. Then fold the loop tightly. Make sure it’s not too tight, since you’ll want to get thread through it. I never remember to get out the chain-nose pliers to make my loops rounded at all, but it’s fine, I just thread it like a needle.

Even with a single loop, it’s best if the “legs” don’t align exactly parallel. That helps it stand up while the adhesive is curing. 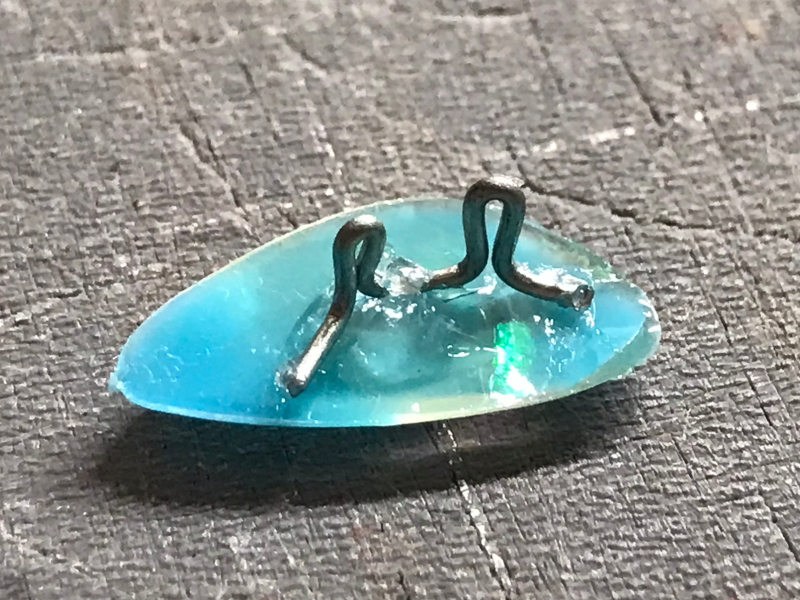 If your adhesive/epoxy doesn’t bond well to metal, make sure you get some of it over the legs to hold them in place even if they’re not adhered to. Don’t get carried away, since this will rest against the fabric.

Once the eye has cured, use an awl to punch holes where the loops will go, and sew them in just like glass teddy bear eyes. 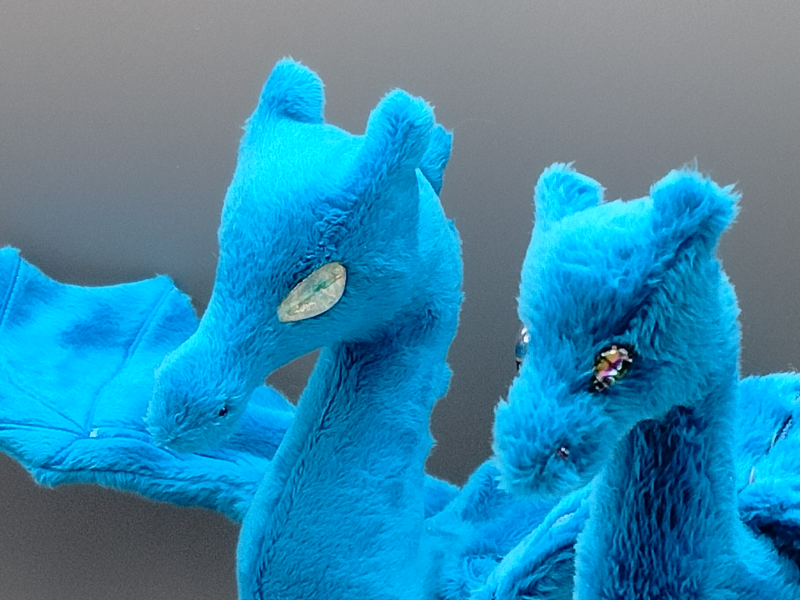