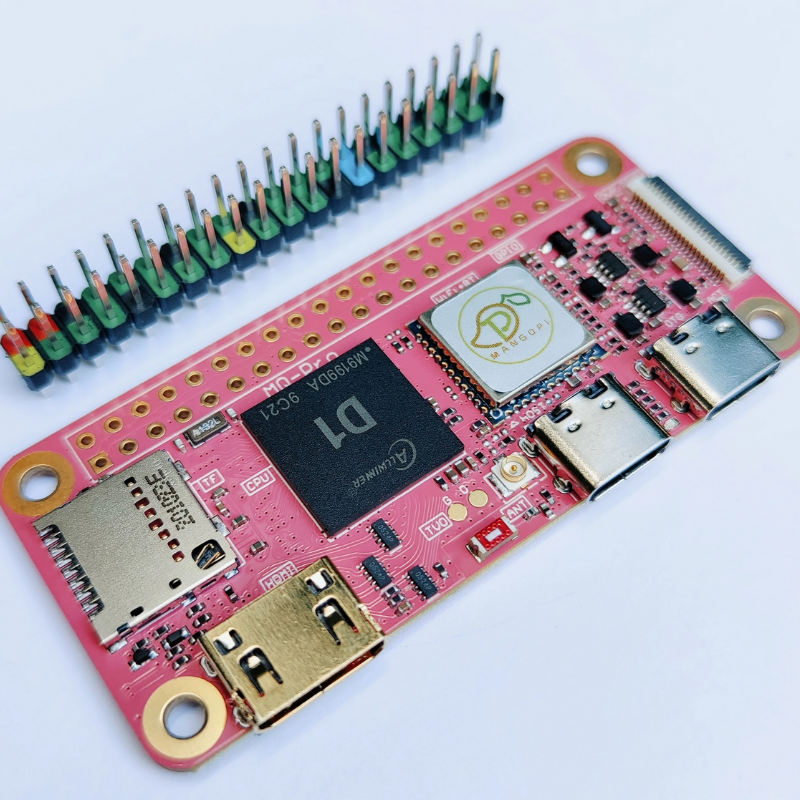 Even if you’re like me and never intended to use an embroidery machine for anything but a computer-controlled sewing machine capable of sewing tiny plushes and fabric art pieces with great precision and repeatability… okay it’s unlikely you’re like me. But even if you never intended to accumulate a lot of designs, it still happens. They’re like popcorn. And they get a little unmanageable if you’re not careful.

If you don’t have an embroidery machine, skip to the “make backups!” section, it still applies to you.

Usually you don’t want to manage them on the embroidery machine. Both my machines can handle directories/folders but not all can, and even when mine do it’s slow and tedious to move from one to another. You want to keep them on a computer, and only bring over the ones you’re currently stitching out, so it’s right at your fingertips when you turn on the embroidery machine. (See also the disposability of thumb drives, below.)

[O]nly ever give your machine access to a copy of the design, and not too many such copies at once.

Similarly, if you have an embroidery machine that has wifi, you don’t want to give it access directly to your whole folder of designs - way too slow to sort through. Instead, give it its own dedicated “holding” folder where you put a copy of the designs you’re currently stitching out, and delete them when you’re done.

And if you are like me and have a tiny computer hanging off the side of your embroidery machine, don’t fill up the folder on your desktop that that little computer shows as a USB stick to your embroidery machine. Right now I have just two files in the folder labeled “janome”: the standing dragon design for the shop drop I mentioned earlier and the in-the-hoop beanie dragon because someone asked if they worked in fleece and I realized I don’t have a demo of that. 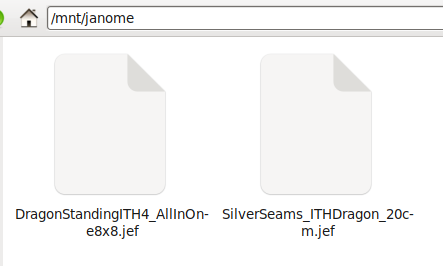 A note on that tiny computer: Mango Pi has some pink-PCB ones available right now, so if you haven’t been able to find a Raspberry Pi Zero W, this should be a good substitute. It won’t take the usual image, though you can probably follow the detailed instructions to build a working one, but I have five of them on order and should be able to have a specific image for it shortly after they arrive. You can order your own, or I’ll be bundling a case, SD card, cables, and power supply with the ones I get so you can just buy a plug-and-play version.

I’ve written an article on using a photo manager to build an index of embroidery designs, and that’s a pretty nice way to keep track of where everything is. You can store the designs in the same folder as the photos and generally your photo manager will ignore them. If not, or if the folders get too full and unwieldy, you can have a separate, parallel structure. If your photo is in Photos/SomeDesigner/, put your designs in PES/SomeDesigner, or something along those lines.

I don’t even keep the stitch files around for most of my Ink/Stitch designs. I just open the SVG and export a new stitch file when I want to use it again. Really, that’s the takeaway here: only ever give your machine access to a copy of the design, and not too many such copies at once. 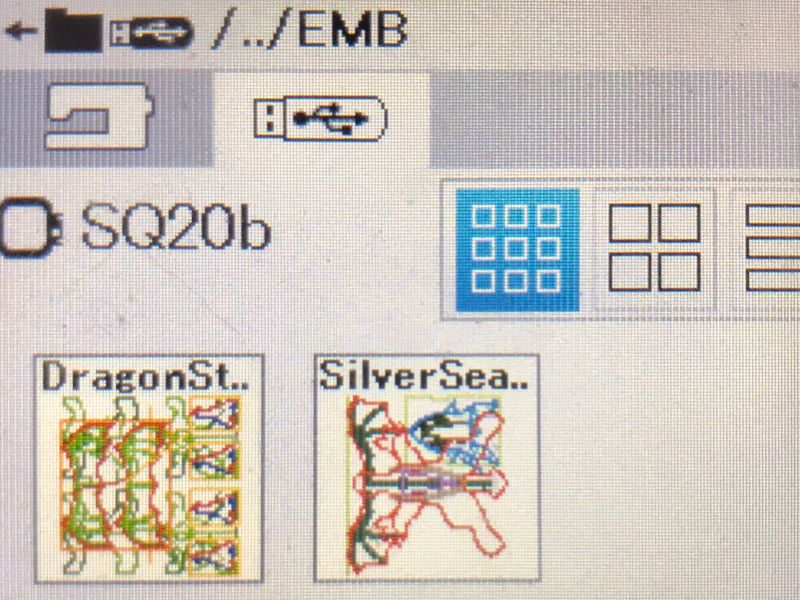 As an IT person, I can’t stress this enough. Back up your stuff! Not just embroidery designs, but everything. A versioning backup is ideal. If you have only a mirror and you delete or overwrite something accidentally and then a backup happens, you want to be able to go to a version of your backup where it still exists. Worst case, if you get hit with a ransomware attack, you want a backup version that hasn’t been encrypted. (Or rather, that hasn’t been encrypted with someone else’s key - you want an off-site backup to be encrypted so no one else can use it to get your banking passwords or whatever.)

In our household we have two backup types: a daily, versioned backup to an external hard drive; and a periodic offsite backup. We pay an offsite service for the latter; depending on your needs you may be able to get away with putting it in an iCloud or Google Drive at the free level. For the former, we use BackupPC - definitely the nerd option, since it runs on a Linux server. Windows has some backup capability built in; if you’re a Windows person and have better advice, say so in the comments. Mac people have Time Machine, and that’s all I know about that.

Treat all files on USB “thumb” drives as disposable. The drives are not the same as hard drives, even SSDs, and will only take so many reads and writes before they start failing. Yes, it can be nice to store your files on physical, organizable media, but don’t store your only copy there.