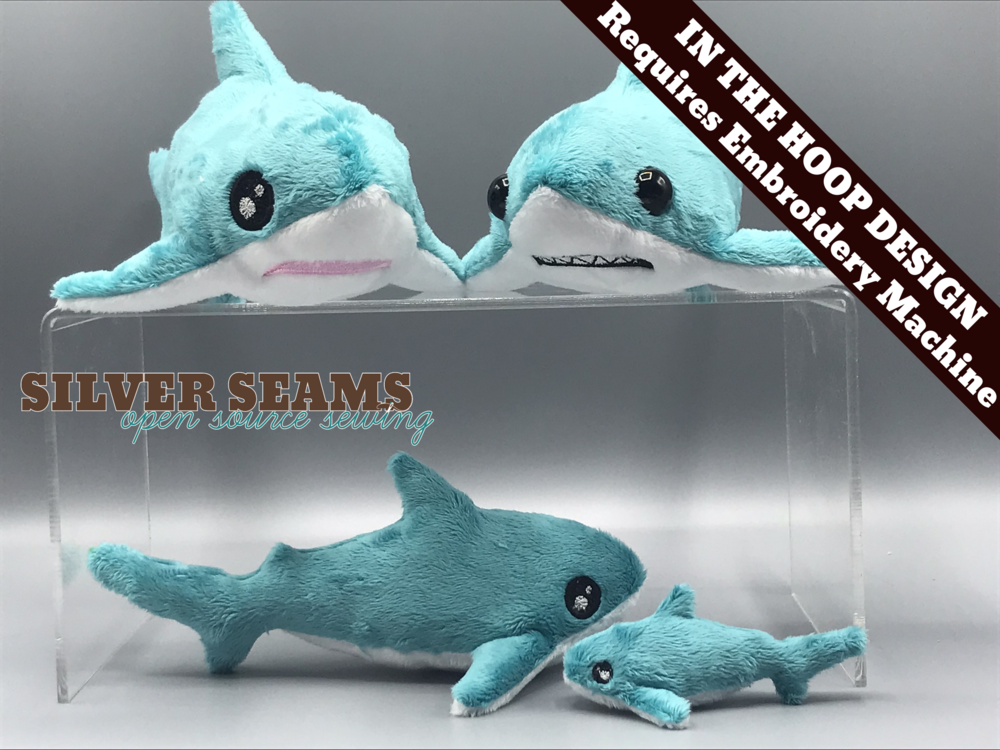 The probably-last design with a 2022 copyright date is out.

When I made the Chibi Orca, I partially chose it because it wasn’t one of the sea mammals Choly Knight had made (non-ITH) patterns for. There are only so many ways to make little round fishy critters, and I felt like a dolphin or narwhal would end up too similar. I was going to do a shark as well, but then she did one so I shelved that idea. I’ve turned the BeeZeeArt whale shark pattern into an in-the-hoop (for my own use only, sorry) and a more realistic shark was also kind of on my radar. And of course hanging around with all the trans folk on the fediverse meant IKEA’s BLÅHAJ is also in the back of my mind.

All of this came together in a sort of “what if I did a blue shark? they’re very skinny so even a chibi one wouldn’t be round round” idea, and the Blue Shark was born. I hadn’t looked at Knight’s in a long time and was surprised by how different mine came out. It’s a little closer to IKEA’s because they’re both loosely based on the same species, but I think I’m safe: I literally took pictures of blue sharks and just made them chunkier.

It’s a three-hooping design because all three panels have embroidery on them (unless you go with “safety” washer eyes, in which case two-hooping). And it even includes instructions on how to duplicate my goofy accidental shark. 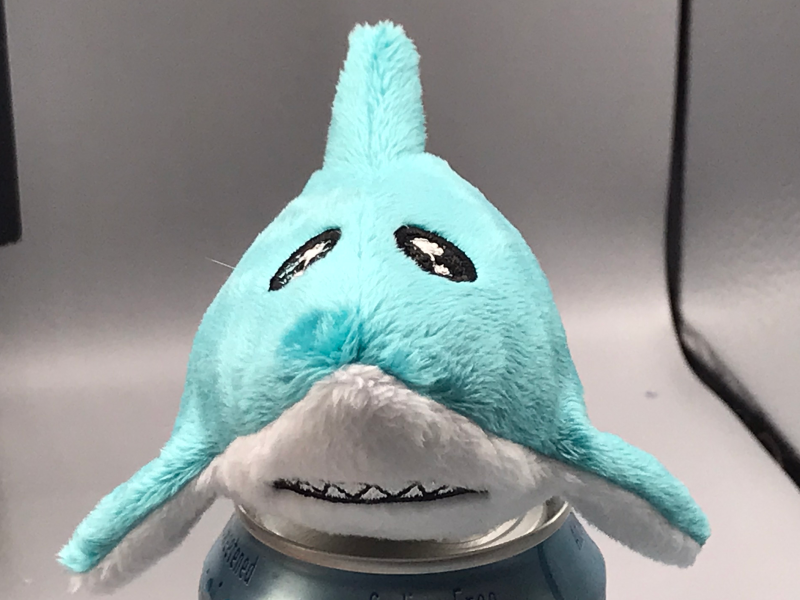