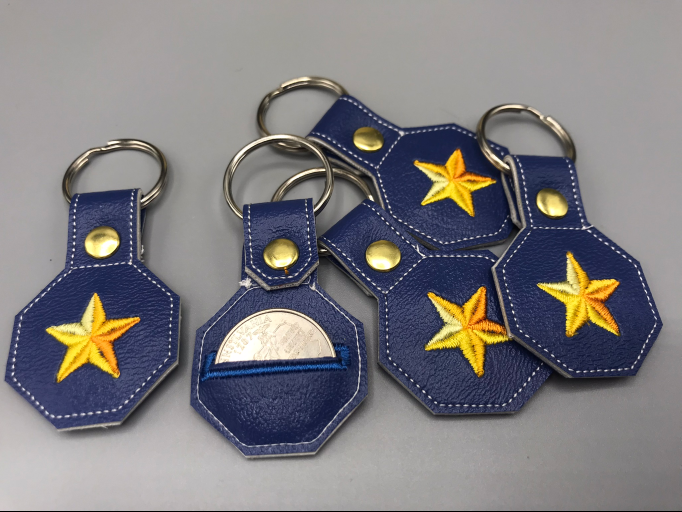 I hope a gold star on a blue background isn’t the symbol for anything inappropriate. The nature of ADHD is that one sometimes launches into things without having a plan fully in place.

I was going to skip the Memorial Day post, but then I realized I had a couple of star emoji that would actually be on-theme, and I needed an incentive to actually put at least one of them out. So far so good.

And then I remembered, oh hey, I picked up a remnant of blue vinyl, I could make blue snap tabs with white stars as my demo, very US-flag-appropriate. And I made the backing piece, put the front piece under the needle… and realized it’s a four-shade star, and I really don’t have four light grays to stitch it out in. Sure, you can stitch it in all white on blue vinyl and that will come out great (albeit a little inefficient, pathing-wise) but it’s not good for the demo. So I sighed and got out the four shades of gold, and here we are. If I’d started with purple I’d at least have an appropriate Gold Star Parent thing going on, but oh well. 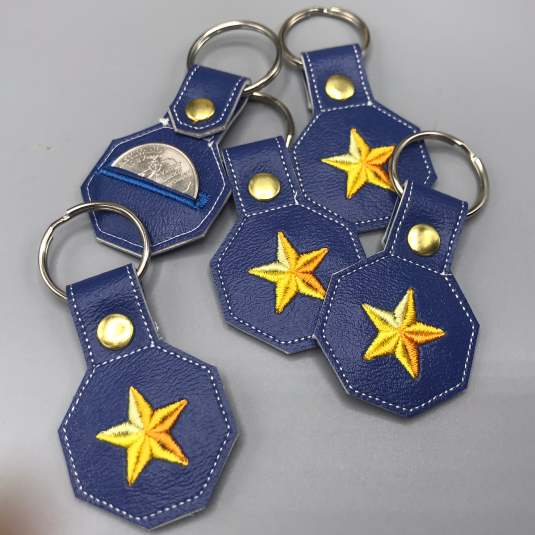 After doing that, naturally I decided I could have gone with white plus three blue pastels, but I’m not going to do another set. 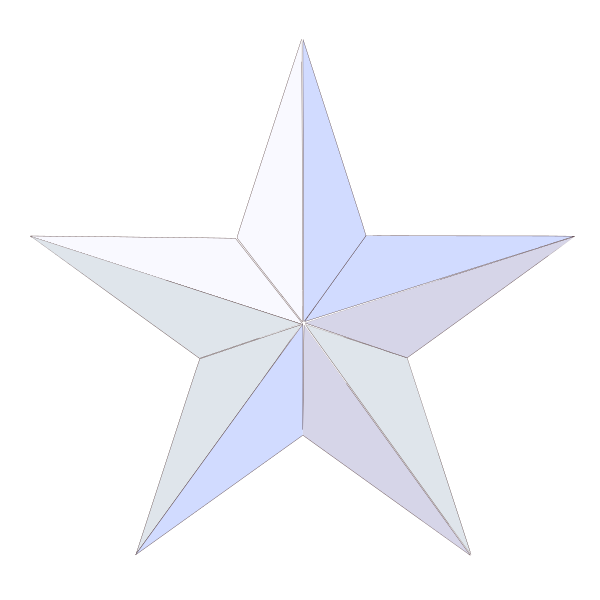 Unlike the other emoji in the series, this isn’t the Twitter Emoji star (which is just a single-color star with rounded points). It’s roughly based on the Samsung version, though I just used an Inkscape star polygon and chose my own colors. But if you’re wondering about the filename, that’s the reason.

If you’re a Ko-Fi supporter, you’ll have access over there to an already-merged 5-up/4x4” octagon tab version of this. If not, or if you want one of the larger formats, you can merge the star with the octagon tab blanks yourself.

« Text on a Curve Tiger dragons »