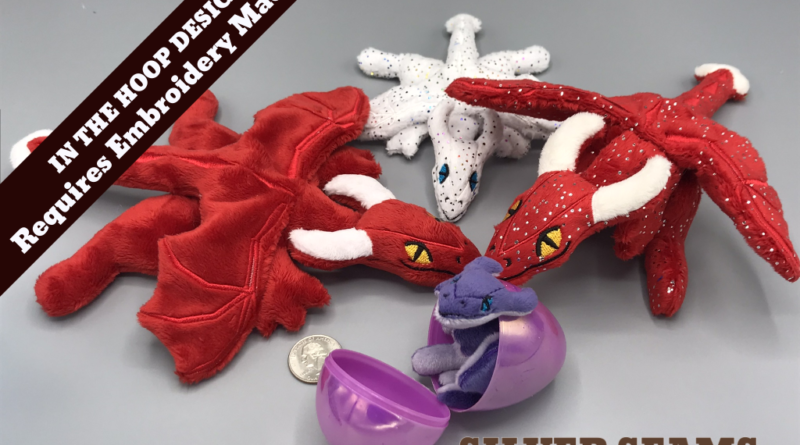 The long-awaited first release of the dragon plushie design is here!

Without any fanfare (except an excited post on mastodon.art), I put up an entry in the Ko-Fi shop for the In-the-Hoop Dragon. I have set up the WELCOMEBACK10 code there as well for 10% off, and members (even at the dollar-a-month tier) get 20% off.

I ended up doing a lot more photography than I had initially planned, which meant making several more dragons to get photographs of intermediate steps and whatnot. Once I do final assembly on those so I can take some glamour shots for promotion, I’ll put it on Etsy and make a little more noise about it. 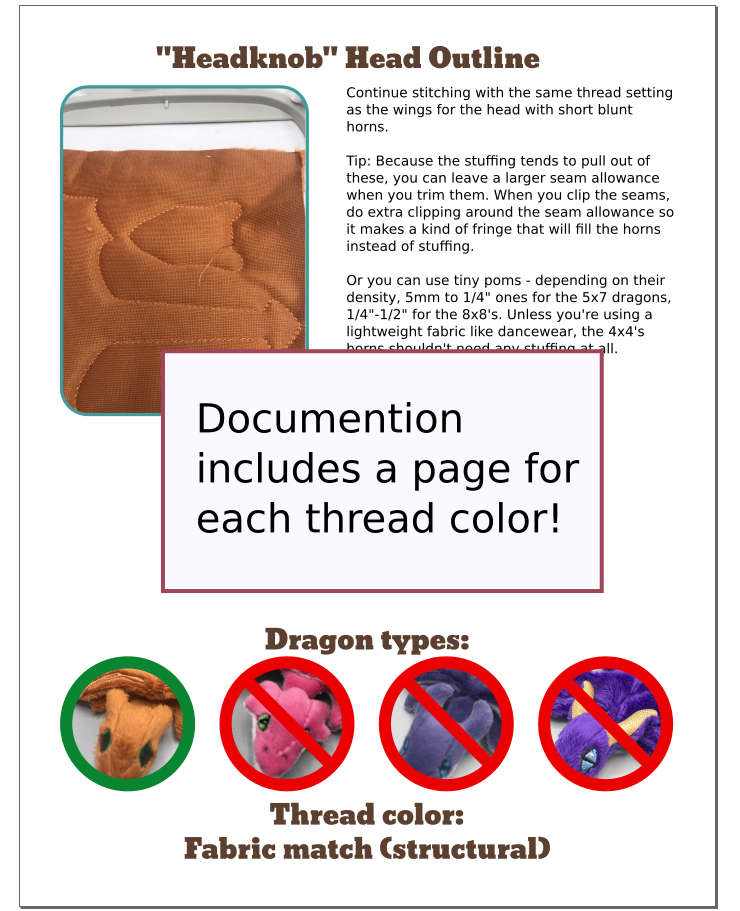 If you’re just here for the finished dragons and things, I gotta apologize for the lack of shop drops for the past month. I’ll be making up for it now that I’m in product-photography mode - plenty of dragons in that backlog, mostly beanies but some standing ones as well. And plenty of notebook covers and pouches that I’ve been making as samples for freebie designs. 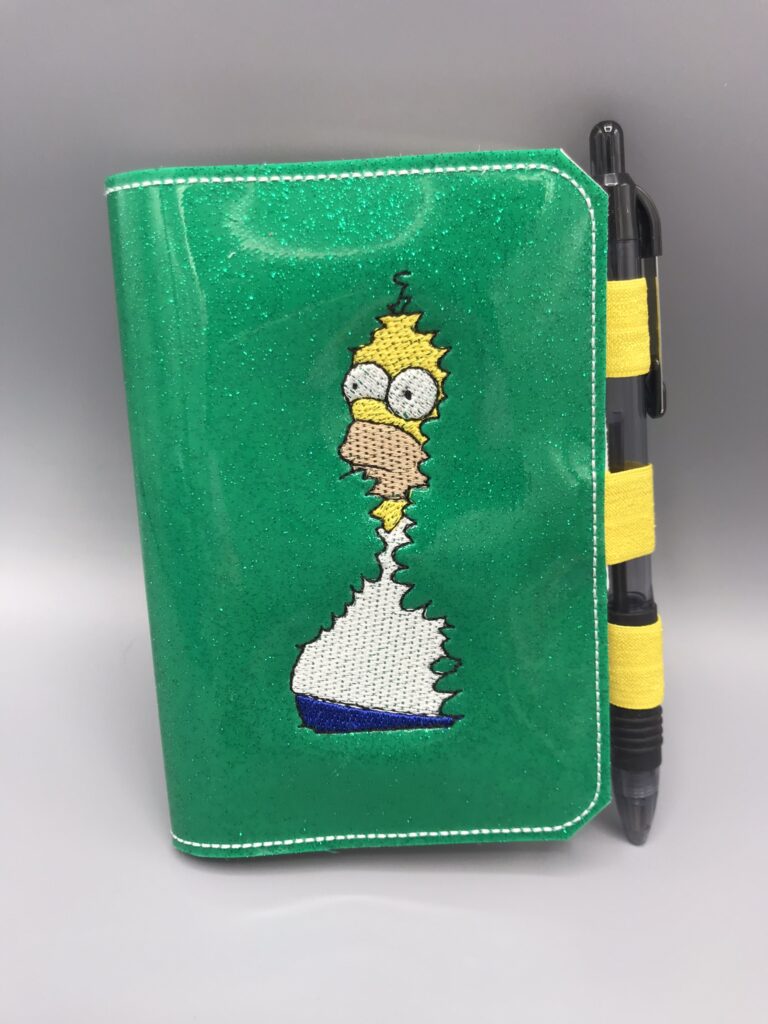 On the March schedule: 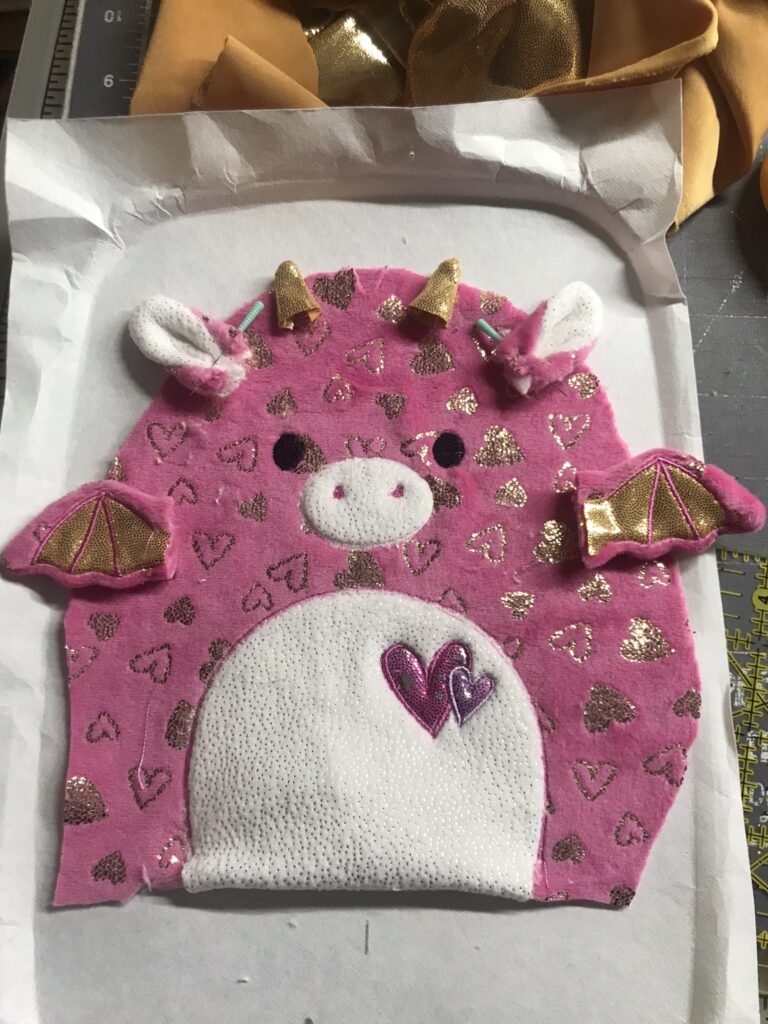 The things that appear in March as early-access will end up on the April blog.