The gingerbread dragon design, plus 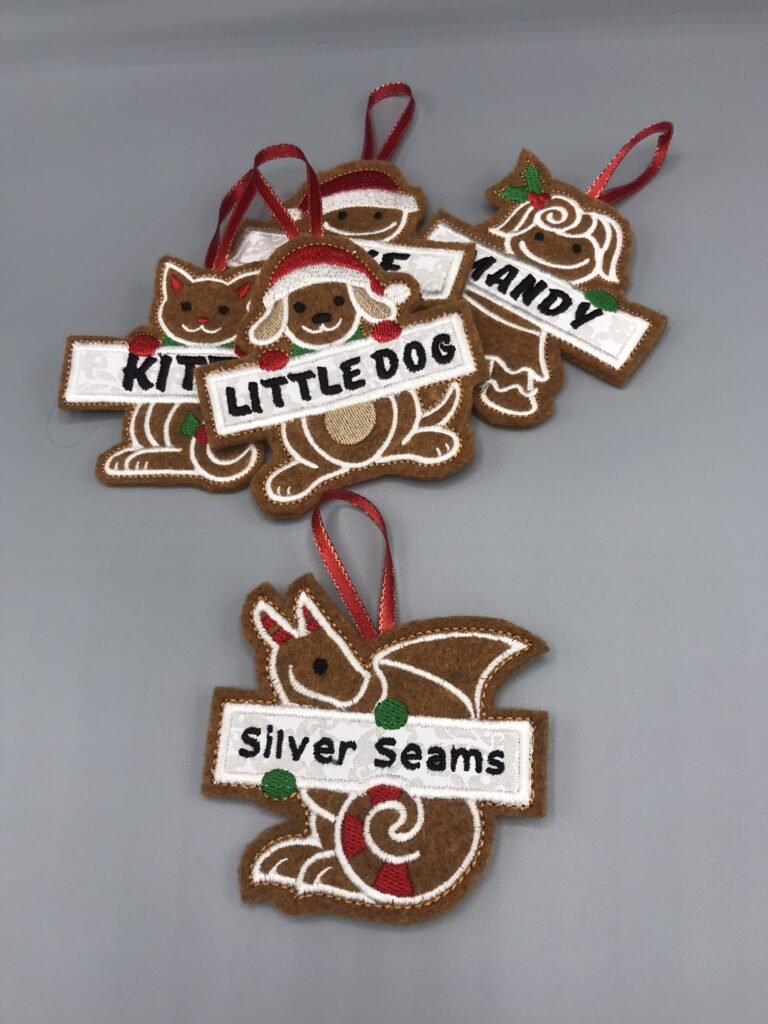 It’s been a little bit hectic around here (as everywhere, I’m sure) and somehow I forgot I hadn’t posted the gingerbread dragon’s design. I’ve been trying to make an effort to put those into permanent Pages rather than just blog entries, which means they don’t show up on the calendar the same way. Usually I notice when I try to link to them and it fails, but this time I blogged about them before posting the design and then just… didn’t.

At any rate, it’s out there now. It’s a 4×4 design, and I’ve included a “Merry Christmas” that you can skip if you’re personalizing it. 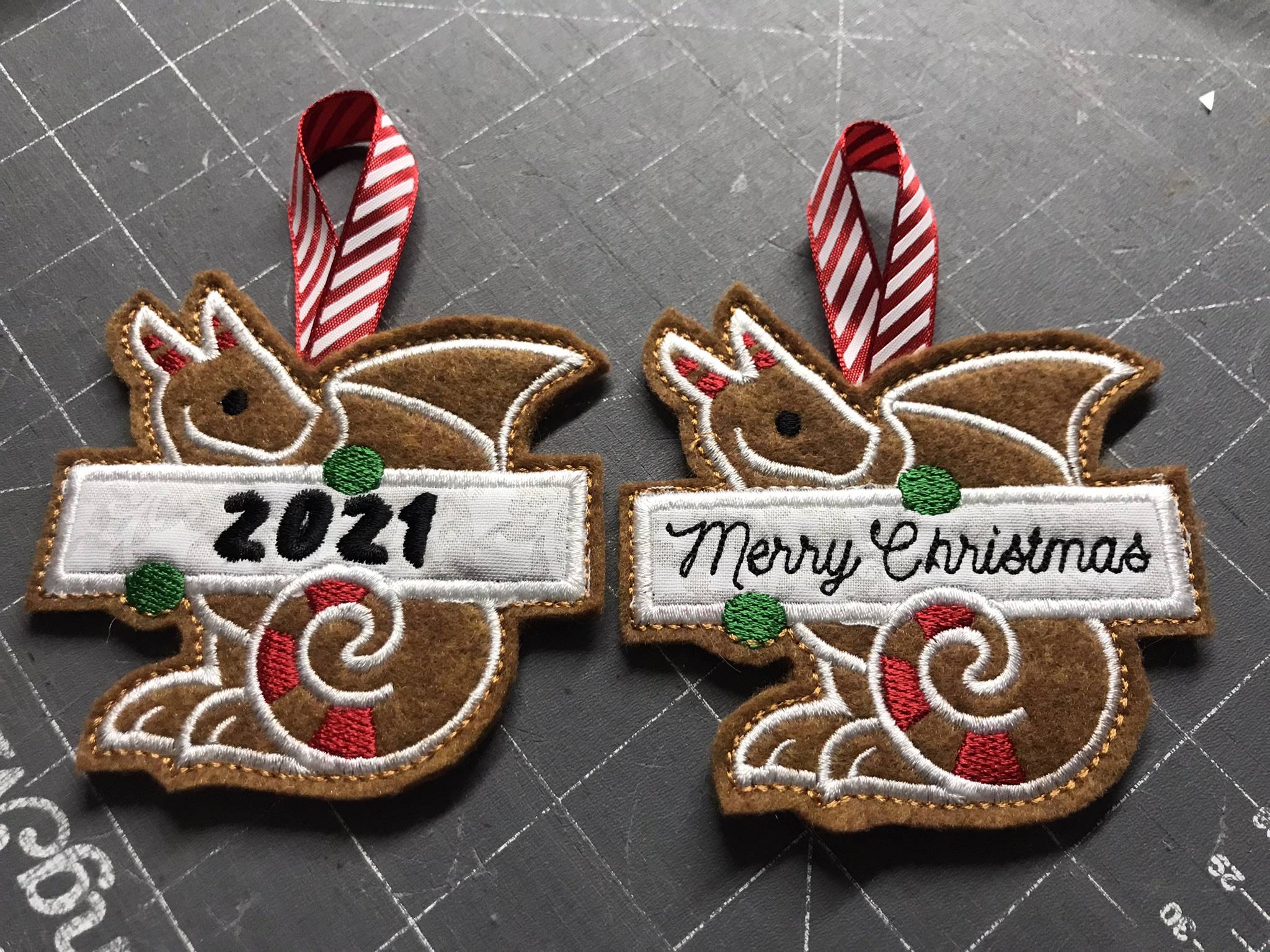 I used Ink/Stitch’s built-in TT Masters for names because it’s bold and easy-to-read. At the moment because it’s one of the original Lettering alphabets it doesn’t correctly resize within the Lettering window, but it scales fine after the letters are created. Also the tail of the Q is missing a rung, which will need to be added before it’ll create the stitch file. Somehow I’ve volunteered to fix this for the next Ink/Stitch release.

I also learned something about Ko-Fi, and that is that goals don’t care whether the money is in the form of tips or shop purchases. Well, two things: I also learned that I don’t get emailed Ko-Fi notifications when the goal is met. The upshot is, purchases of physical gingerbread dragons in my Ko-Fi shop managed to unlock the Dragon in Flight design – the one that’s appeared on a lot of my tiny key fobs, free and otherwise. I announced it in my (annoyingly RSS-free) Ko-Fi feed, but here’s its permanent home: