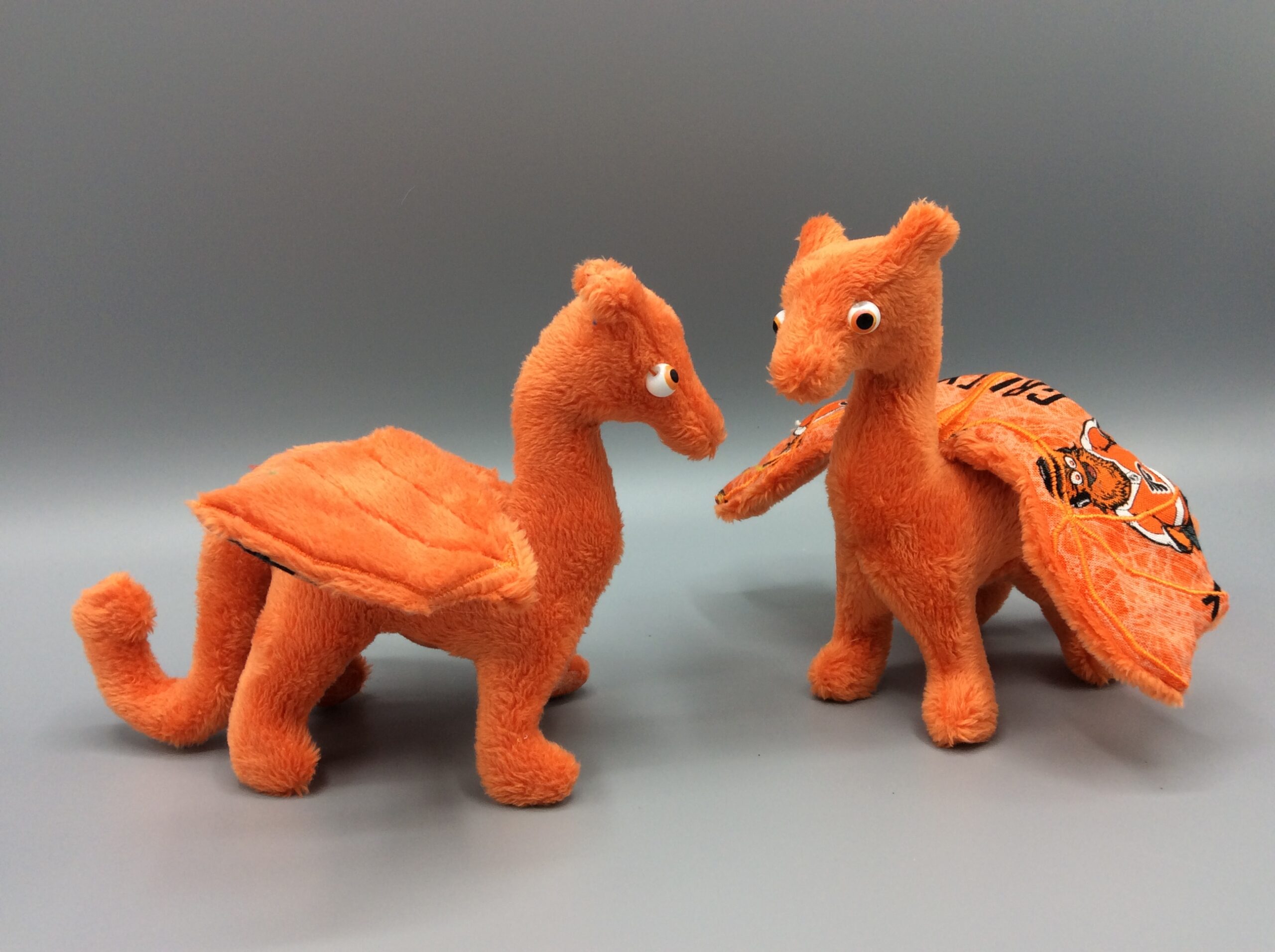 I’ve continued to mess around with variations on the dragons with print cotton wings. Both sides cotton is not generally stiff enough to stand on its own, so the latest iteration is minky on the underside, embroidered print on top.

What I really need is a dragon that’s sitting with its under-wings exposed like the BeeZeeArt bat.

I also goofed slightly with the revised Gritty dragon: I accidentally put the top of the Big Baby dragon head on, so it’s kind of a hybrid between the original 4″ dragon and the Big Baby. It’s hard to really judge with those googly eyes, but I might like it well enough to do more that way.

I’ve also been wrapping up the last of the baby dragon colors, trying to get a complete set of the current colors for a group photo. People keep buying the last of a color, but I think I’ve finally caught up. There are three black dragons, each with a different eye type. Once I get the stabilizer wiped off their wings I’ll get a big photo and make sure every color is listed on Etsy. And then fiiiinally, belatedly, get the Halloween (and Gritty) dragons (and bats) listed too.