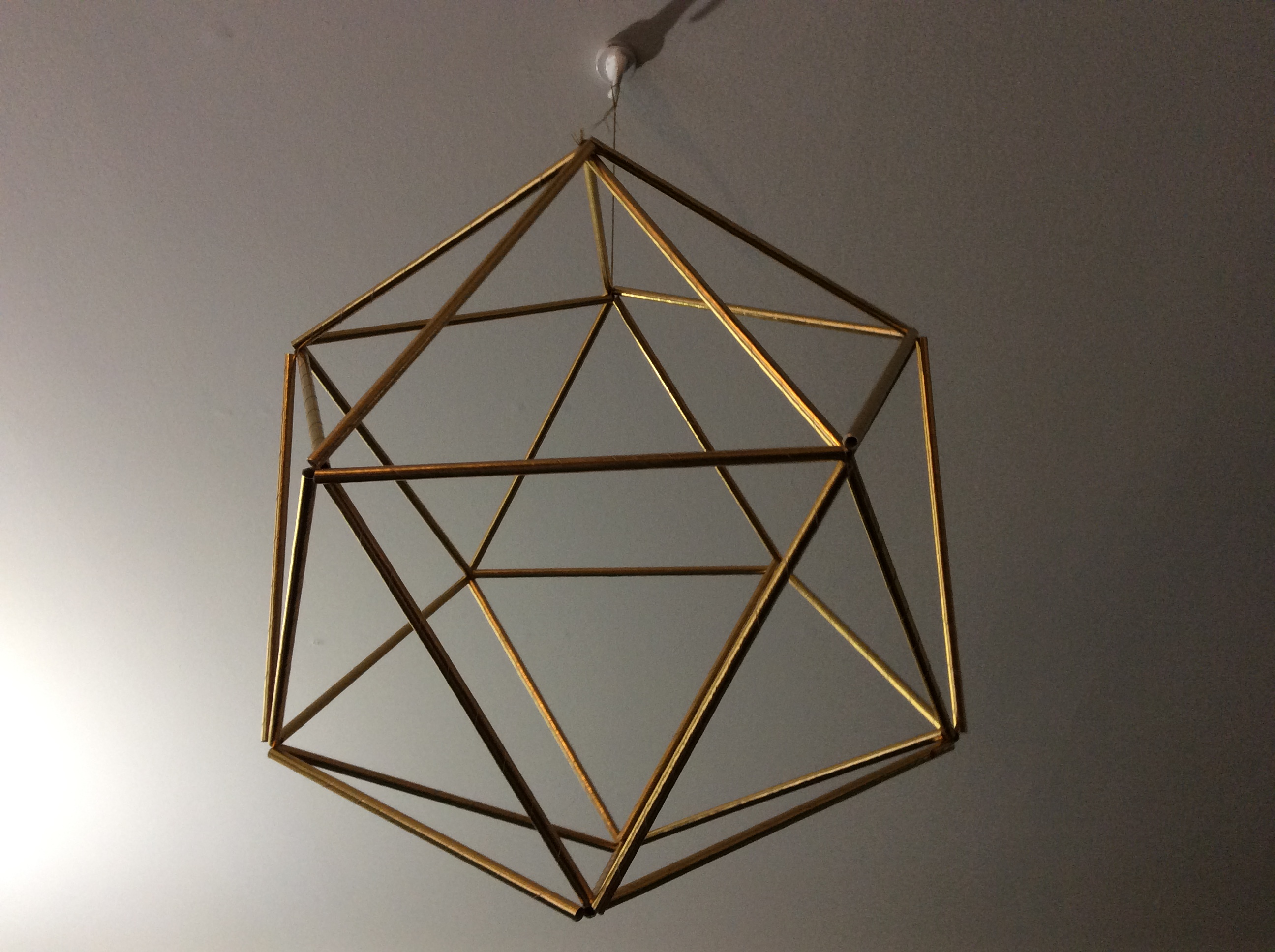 While cleaning up the workroom, I came across a pack of paper straws 📦 I bought for the kid some time back after a brief obsession with a brass icosahedron knick-knack. The obsession was brief enough that nothing got done with the straws… until now. 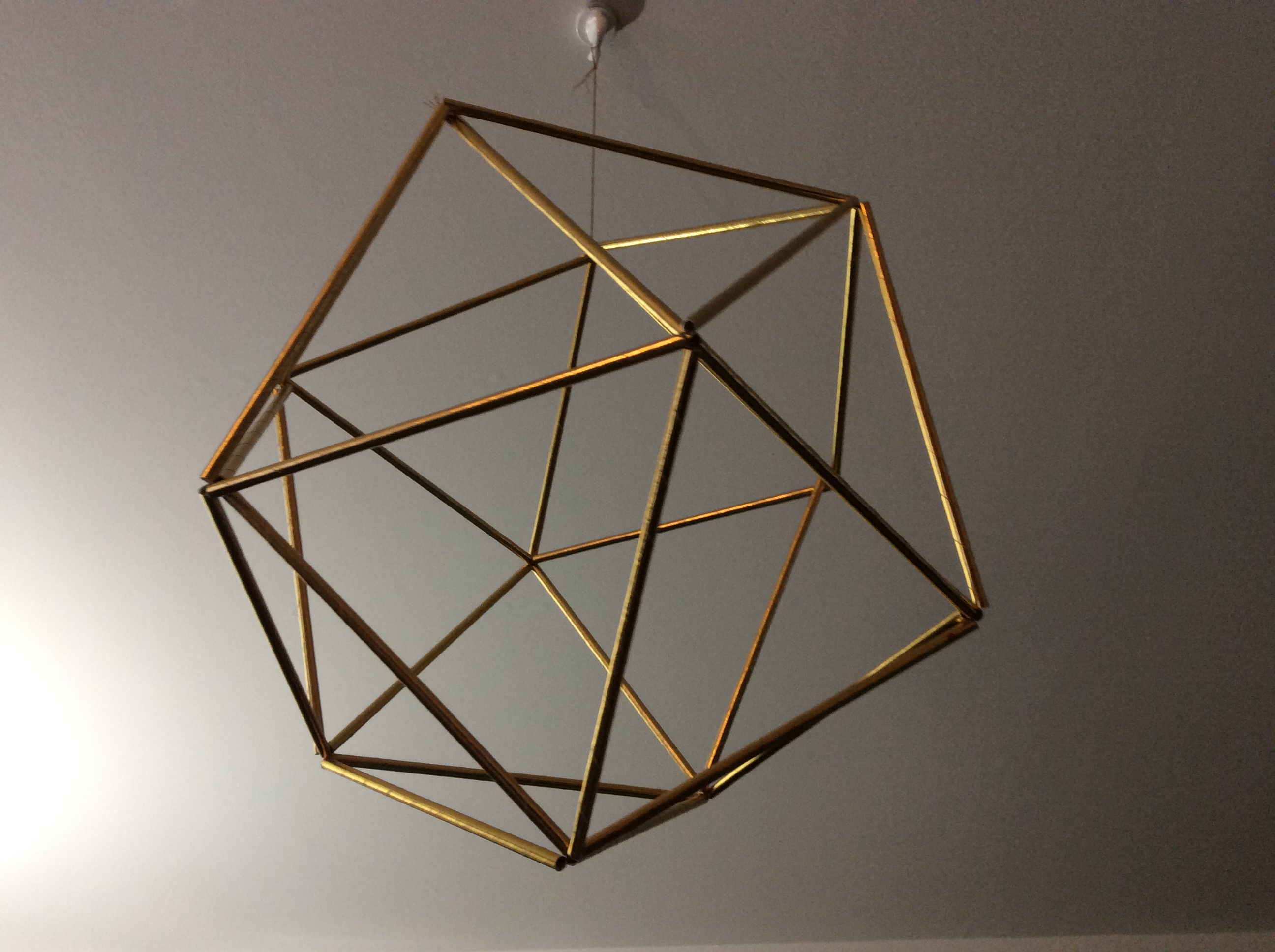 I chose an icosahedron because it only required one length of straw, and because I’ve had them on my mind. I used gold glitter embroidery floss to string it, but since the floss doesn’t show much you can really use any unobtrusive color. You can also string it in almost any pattern; here’s how I did it.

First, tape the end of your floss to a bamboo skewer or a piece of wire to use as a “needle.” String three straws on your floss. Leaving a tail about 8-10x the straw length, bring the other end around and tie it to form a snug triangle. Now thread two more straws on the long end, and tie it to the first triangle. You now have two connected triangles. Keep doing that until you have a strip of nine triangles (make sure you keep tying new ones on in the right direction). Thread just one straw on, and connect it to the other and of the strip where you left the tail — it should form a pentagon.

Use the needle to thread the floss through a straw down to one of the loose points, and tie the two loose points together to form another pentagon. You now have a (rather floppy) “belt” around the middle of the icosahedron.

Go back to the long tail you left, and repeat the previous steps to finish the icosahedron. You’ll have a tail on two opposite ends, which you can use to hang it and then hang another shape from, or just trim the ends and rest it on a table. You’re done!