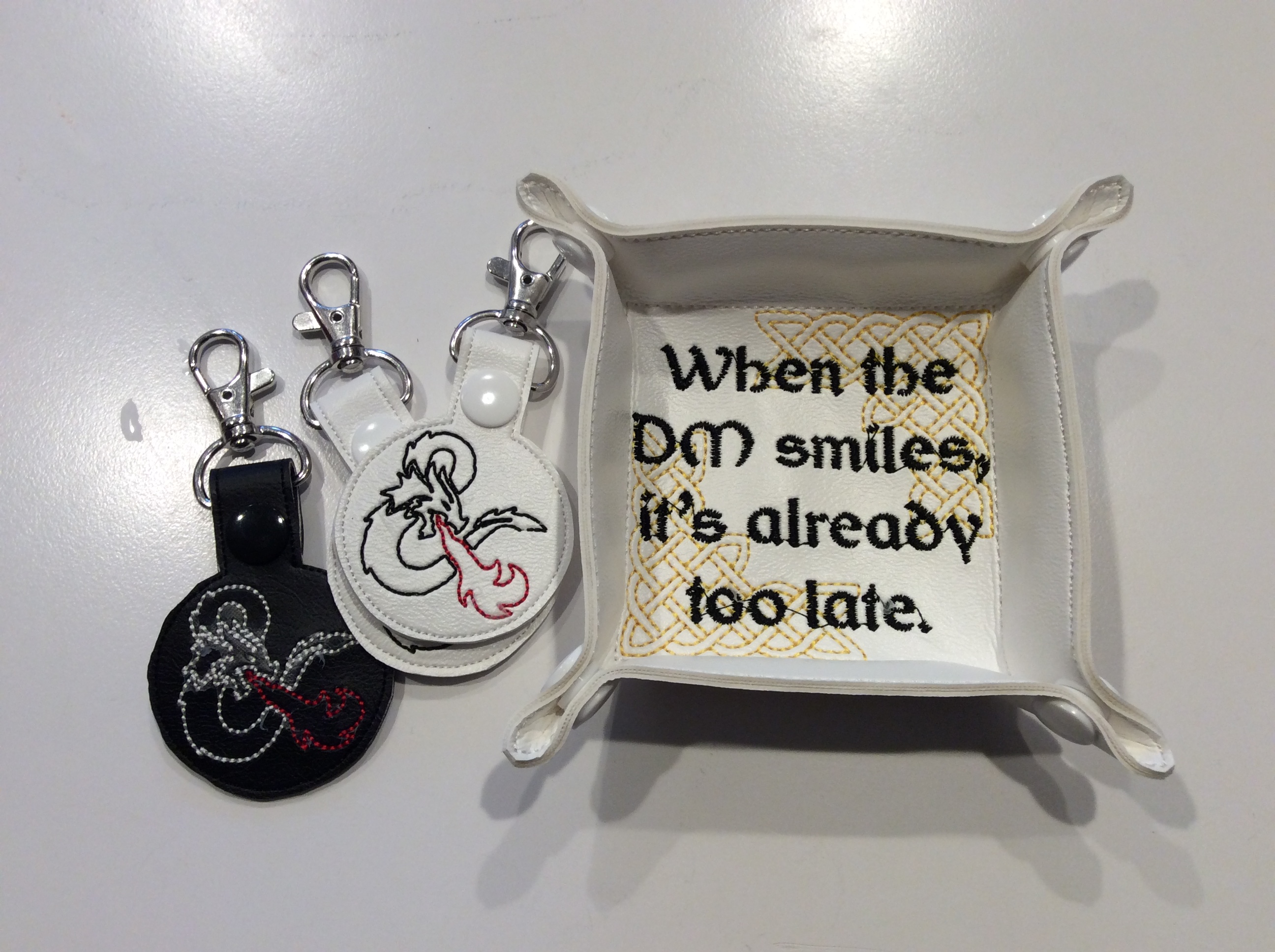 When we realized the kid’s birthday fell on D&D night, clearly it was time to make some party favors (or if you prefer: hobbit-style birthday presents). I made use of the ampersand from the dice tray which, I just realized when I tried to link there, I never blogged about! Let me fix that briefly: 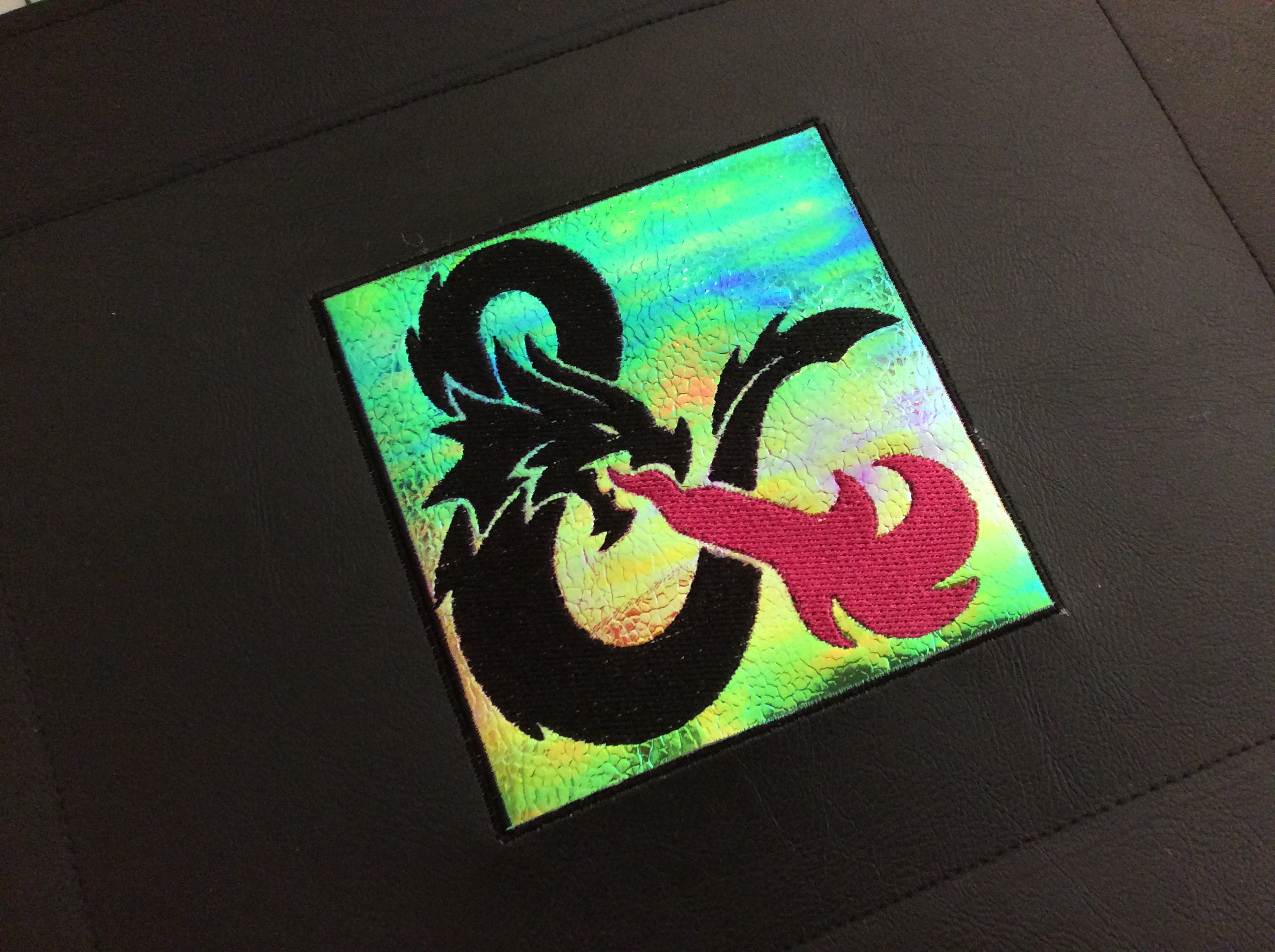 It’s pretty much the same as the Jayhawk version, scaled up. It’s a 4×4 inset, but the tray snaps to a little under 8×10 as I recall. I did the rest of the stitching on a conventional machine because, as you can see from the String Theory one above, you can barely squeak out a 3×3 tray doing it entirely in a 5×7 hoop.

Aaaaanyway, I should probably update that one and publish it too. I think I may have been planning to redo it as an applique first, because it is an absurd stitch count.

I remembered this when I scaled it down for the snap tab: making ten or fifteen of those would take forever and at the smaller size was just a little too muddy. I switched it to a bean outline and I’m much happier with it, other than picking out the stabilizer. (As you can see, the black one isn’t done but I decided to rinse it out instead.) 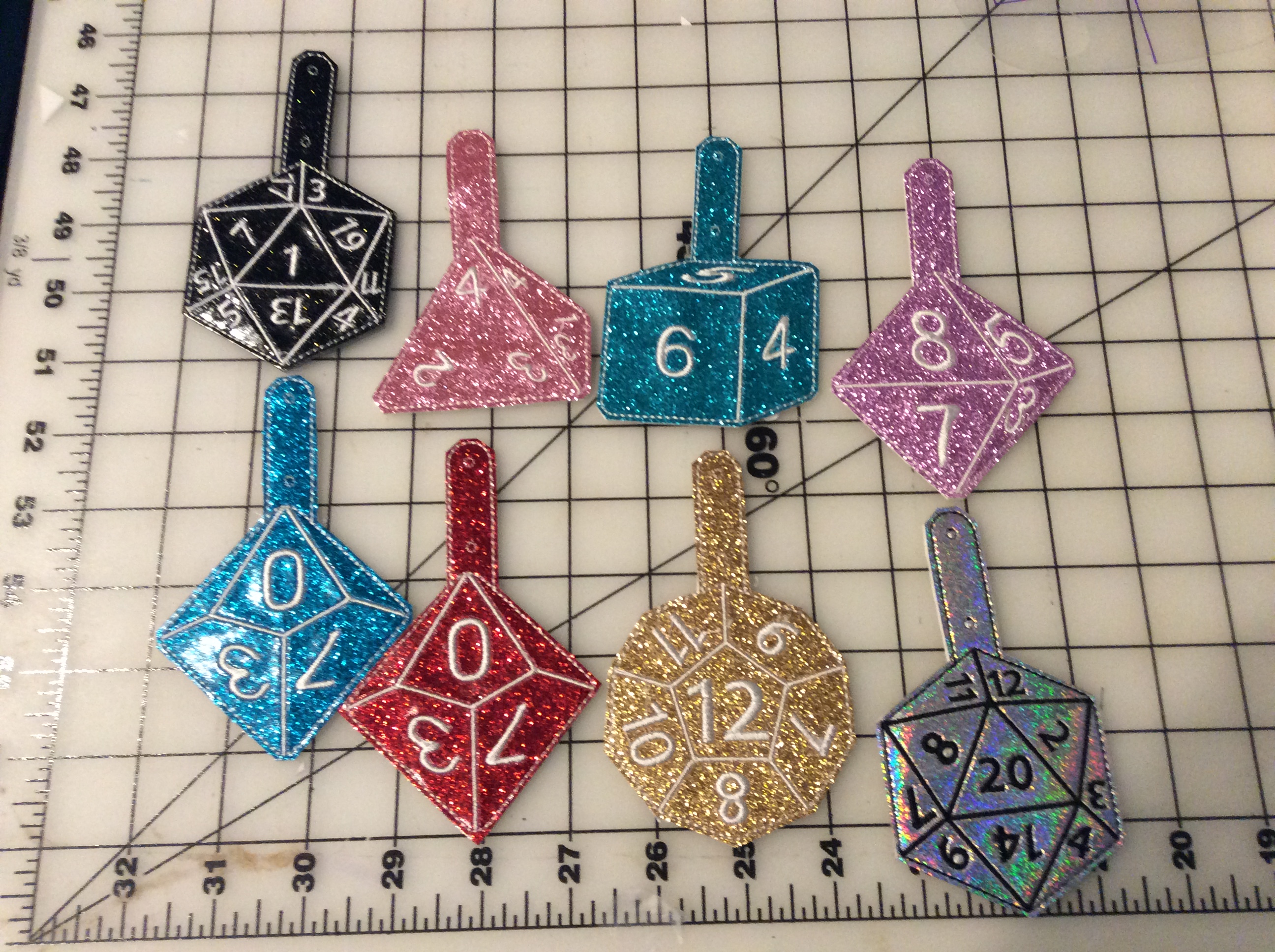 I also went to town with some other String Theory designs. The dice are larger than I really like (maxing out a 4×4 hoop) but it wasn’t worth making my own design just for the sake of this.

Appropriately, the critical-failure die gave me fits. Nothing wrong with the stitch file, it was either the vinyl or I might need to clean out the machine. It kept breaking thread. I rethreaded the bobbin a couple of times, then changed out the bobbin. It wrapped the top thread around its spindle a couple times. Then it broke the needle. Eventually I got it done, and then realized I hadn’t backed the stitching up enough and there was some missing satin stitching right in the middle of the 1. No problem, I thought, I haven’t unhooped so I’ll just run all the way back and pick it up. 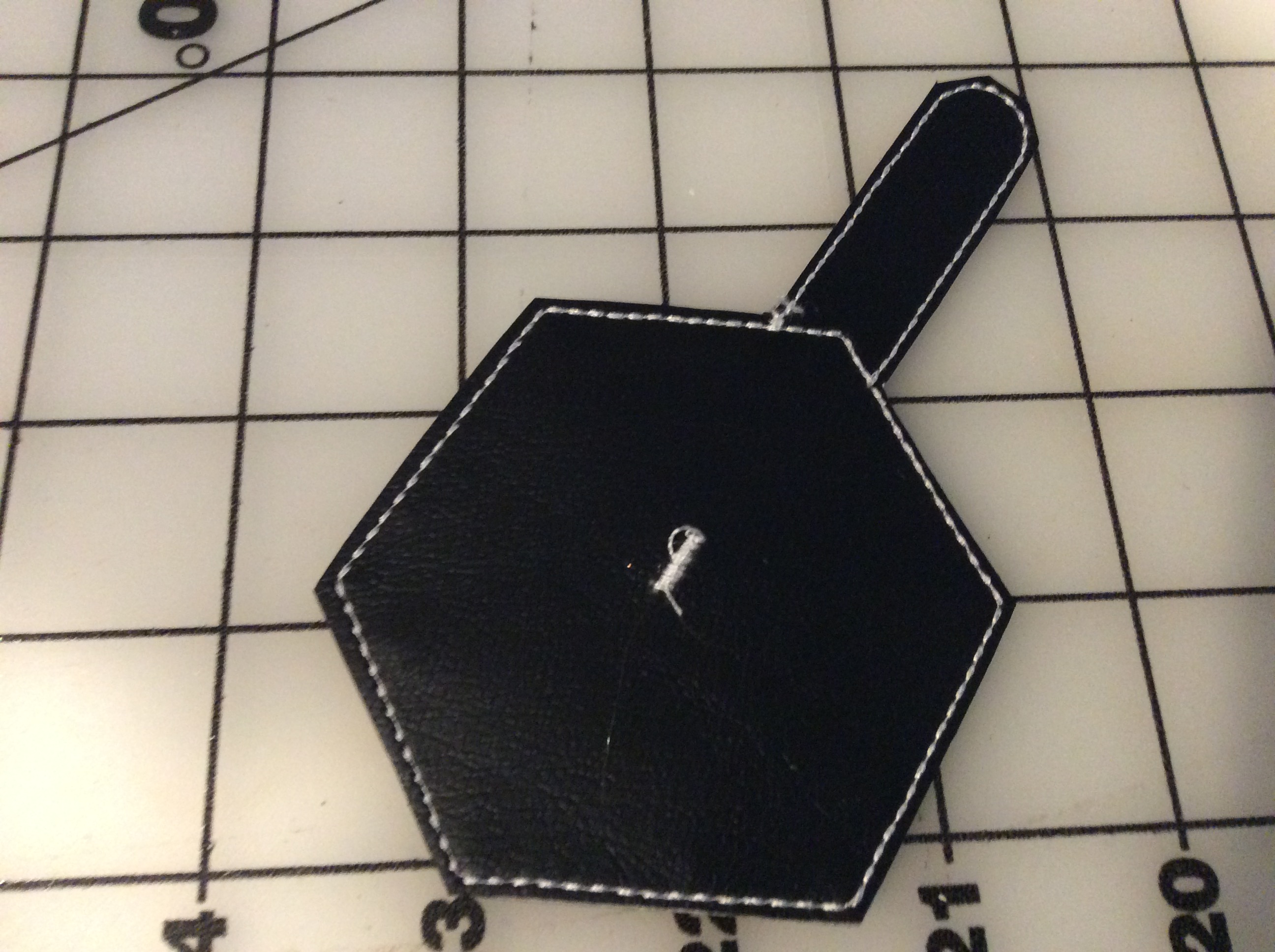 Yeah, that doesn’t actually work when you’ve already put the backing on. :facepalm:

(Luckily I wasn’t doing this for the shop because that is NOT up to my quality-control standards.)

In any case, the ampersand is now on the free Embroidery Patterns page.