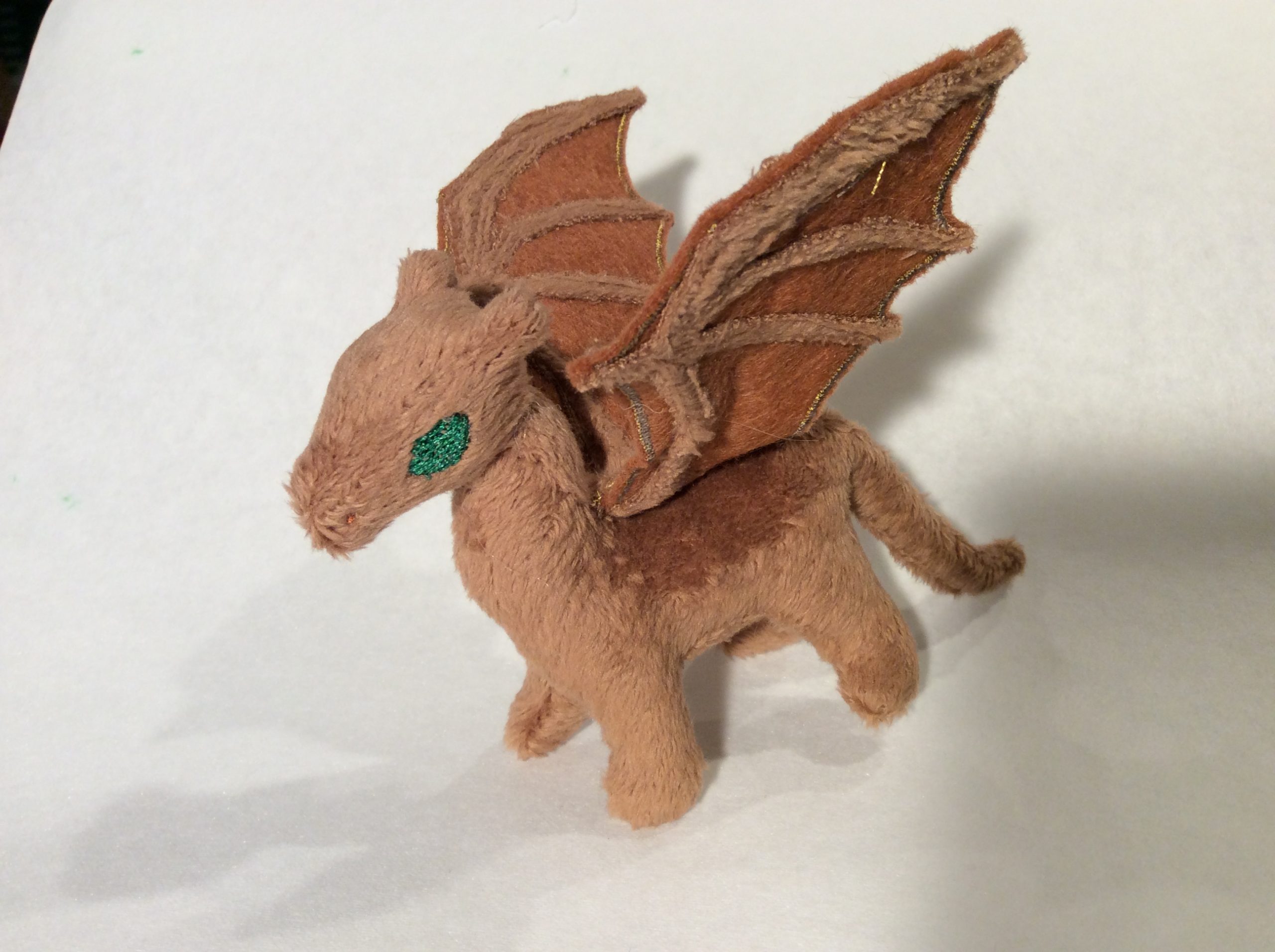 There are still some tweaks to make (the neck join, the muzzle, the tail) and of course this is the less-horned Pernese variant, but I have successfully made a non-beanie dragon on a 4×4 hoop. Well, almost: I mirrored the wing and did them simultaneously in the 5×7, just to speed up testing.

It’s a fair bit smaller than the green 5×7-hoop one that made a guest appearance in the call for pattern testers, though I couldn’t really get an angle that showed it.

I may tweak the legs/feet a little more; they’re not much changed from the venerable Basic Standing Dog design.

The forelegs are a little shortened but once the wings are on the curve of the back is not that noticeable. (Yes, I’m seeing both a bat and an otter/ferret pattern happening there.)

I have experimented with a standing-on-hind-legs version but so far I only have a mutant kangaroo. 😂

Pattern testers, of course, will get versions of the pattern only after I’ve settled on a design, well past the mutant-kangaroo stage. The outside testing point is “I have a working pattern, now I have to see if other people can duplicate it with my instructions.”