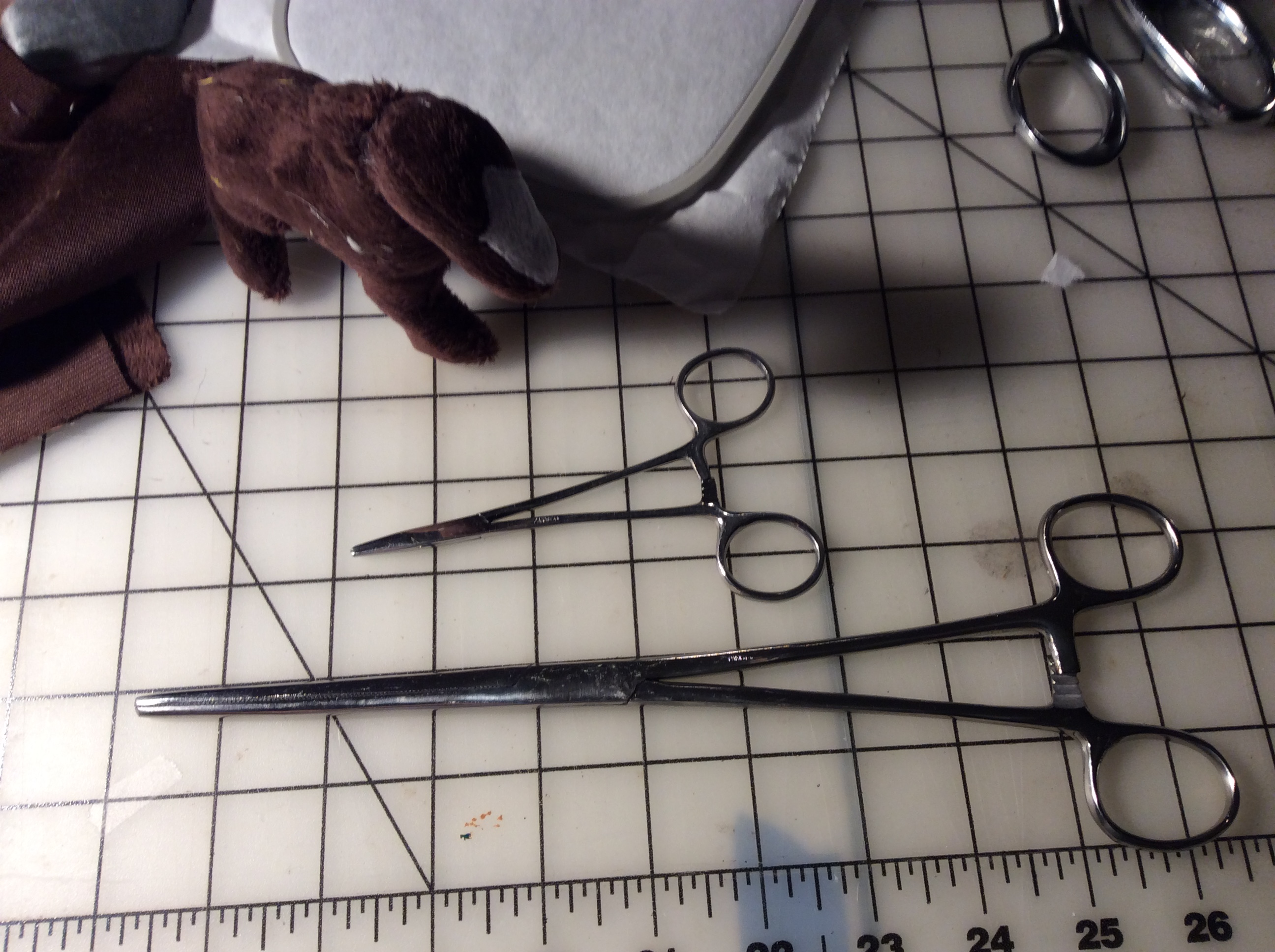 I decided to spent the afternoon cleaning the workroom because my hemostat got buried on the work table and I couldn’t stuff the horse test without it.

(I should probably put an Amazon referral link or something here, but just do a web search, you can find them all over including at the same places that sell doll- and bear- and plushie-making supplies.)

The smaller hemostat is one that a friend gave us years and years ago. He was a nurse, and showed up at one of our game nights with a whole handful of them, that his hospital was just going to dispose of. The sterile packaging had been damaged, and it apparently wasn’t practical to put them in an autoclave or whatever. Eh, they might be handy, we all said, and took one.

It’s turned out to be one of my most useful tools for turning and stuffing small plushie and bear parts. Many people use smooth needle-nosed pliers to turn parts. The hemostat works the same way but will latch so you can let go of it to adjust other parts of the fabric before going back to pulling it through. It’s also more consistently narrow and is less likely to pinch other parts of the fabric into its hinge.

They’re great for stuffing, too. Traditional bears, for instance, are stuffed as close to rock-solid as you can get (related: at least 30% of our bear-making guild had wrist surgery, or was told to give up bear-making if they wanted to keep the use of their hands, etc.) Some people use a tool that is a modified screwdriver, with a notch in it to grip the stuffing to get it where you want it. I pinch a bit of fiberfill in the hemostat instead, and can put it exactly where I want it. The rounded nose means I can slide it along the fabric around the outside of the rest of the stuffing to hit a spot that was missing just a little extra fill.

And that was needed with the tiny horse, whose legs have a lot of little nooks and crannies, and which relies on careful stuffing to stand properly. 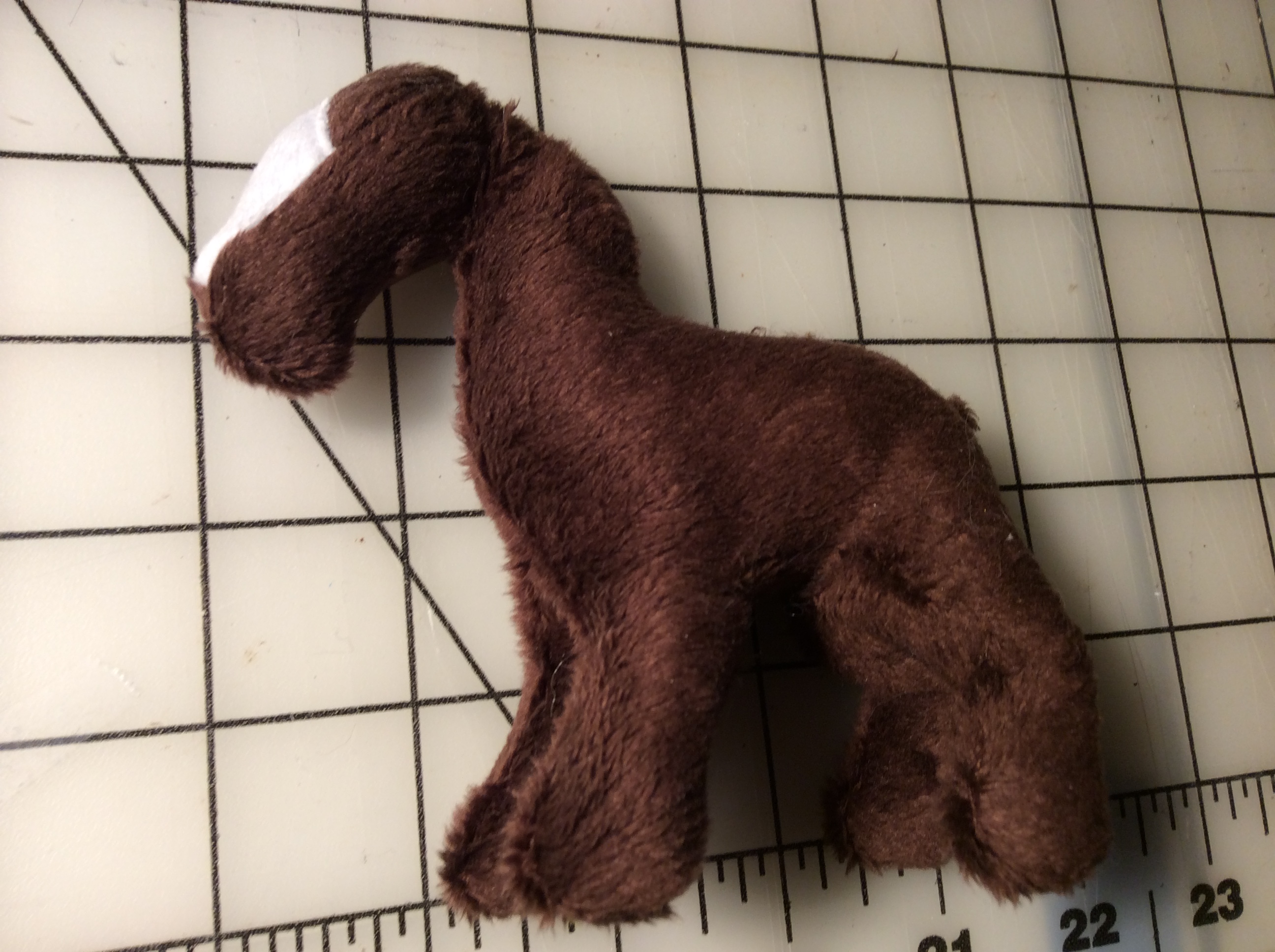 Admittedly, once I got back to stuffing it this evening, it didn’t seem really worth all the work… poor goofy little critter. Such is the nature of first drafts, though.