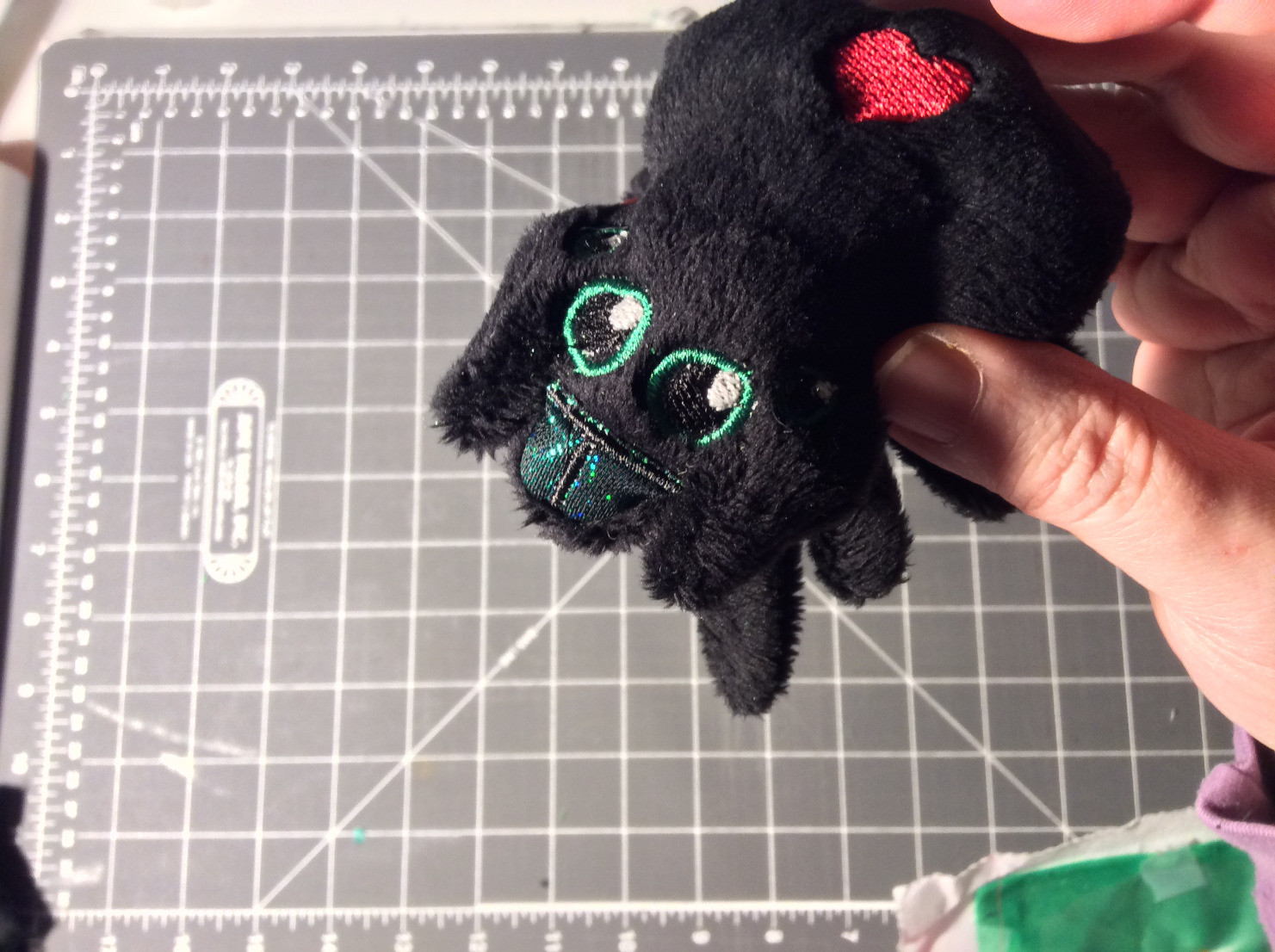 Yesterday’s pattern development kind of encapsulates how I work.

I decided to release the in-the-hoop dragon as a pattern on Etsy, which meant I needed some pictures for the instructions. I cut some kelly-green minky squares and went through the process. I gave it orange eyes because St. Patrick’s Day is coming up and I was thinking Irish flag. And the more I worked with it the less I liked that green, until I realized it was the unnatural green of a plush Cthulhu. It only took encouragement from one person to get me haring off on an in-the-hoop Cthulhu, even though there are already way too many chibi Elder Gods out there already.

I rushed things a little too much and, in the process of changing the pattern entirely between colors, managed to mis-align the eye-shines:

As I went to throw away the goof, I went “ha ha looks like a cute little jumping spider instead” and, well, my heart really wasn’t in Cthulhu anyway.

My work table has a close-up work light on the cutting mat and there are two more ceiling spots pointed at it which were turned all the way up, plus two more ceiling lights in the (admittedly-large) room, so you’d think there would be enough ambient light to light up all sides of the spider, including all four of its eyes. Obviously this is wrong.

Anyway, this is Phidippus audax, the bold jumping spider. They’re probably my favorite spider; I used to have one (more likely a series of them) living in the crevices of the storm door on the back of the house in Wichita. Despite the name they’re very shy and I sometimes had trouble persuading it to get out of the spot it “hid” in so I could close the door without smushing it. The ones in Wichita had boring rectangular white spots, but some of them really do have orange to red hearts on their backs.

Soon as I make a second one, and take pictures for its instructions, I’ll release the pattern here on the blog. I’ve learned from my mistakes: the one in the instructions will be in brown minky.

One thought on “The distractability spider”