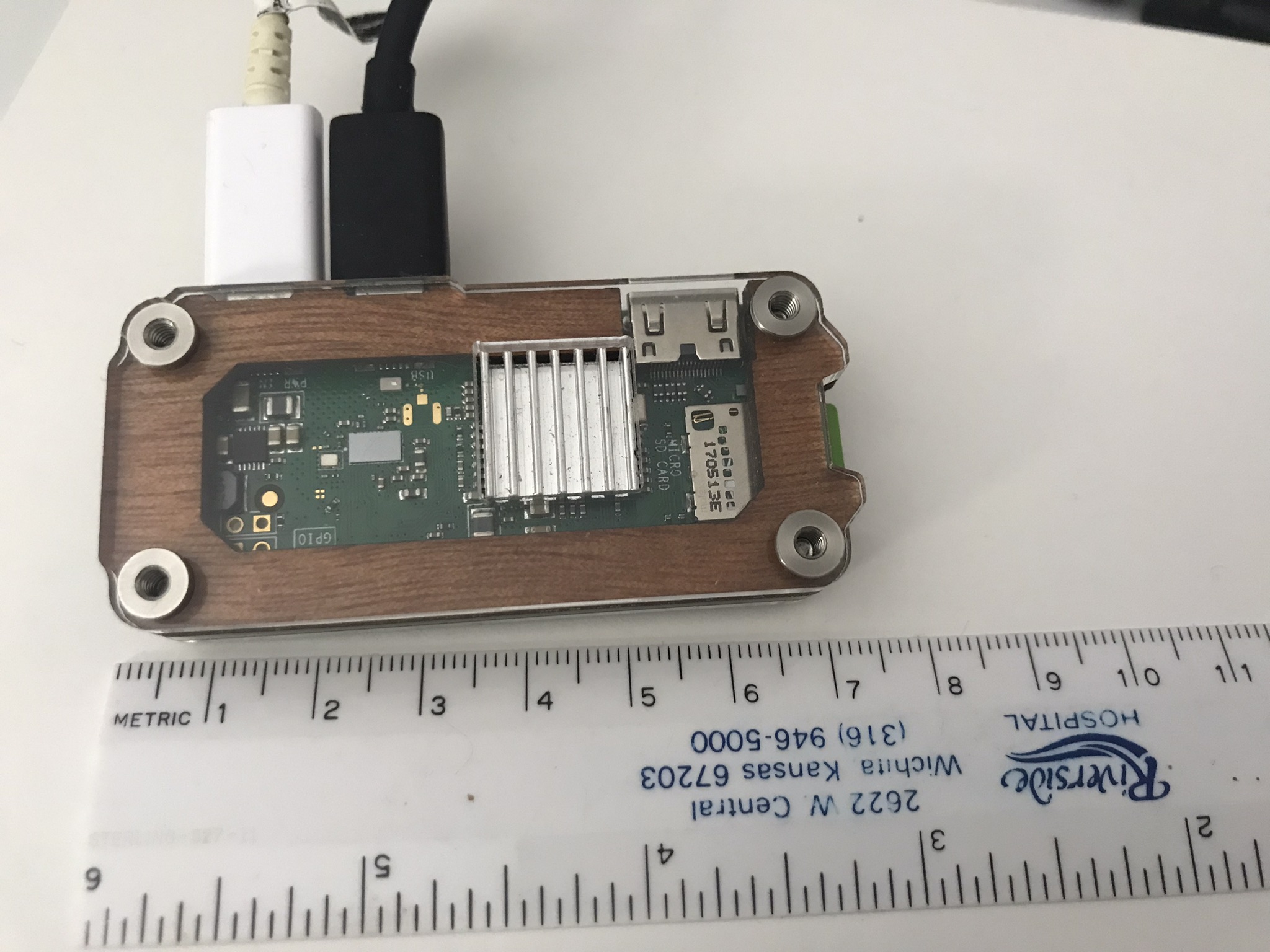 As you know if you’ve hung around here much, I have a couple of teeny-tiny computers that connect to my embroidery machines, and are also on my wifi network. They share files via Samba, which means I can just drag and drop files onto them from my desktop and they magically appear on the embroidery machine. No hauling USB sticks around, or walking over to the embroidery machine and realizing I’ve left the stick plugged into the computer, or vice versa. It’s great, and you can do it too… if the supply chain lets you.

With the scarcity of the Raspberry Pi Zero W, I’ve been poking around with other single-board computers looking for a substitute. The Radxa Zero is available here and there, so I picked up one from Ameridroid. Alas, no dice: the board lights up green but never sends a signal to the HDMI port. I haven’t nailed down whether that’s a me problem or a DOA board, but the Radxa has gone in and out of availability so it’s not an ideal solution.

MangoPi looks really promising, and they keep teasing them on Twitter and claiming to have no supply-chain issues, but I’ve only seen them on AliExpress at 100% markup from some questionable stores (three different stores with the same name with slightly different spellings/capitalization sets off my suspicions). They’ve just teased ones with pink circuit boards instead of the normal red which seems fun; C4 Labs makes neat clear cases. Once they become available I’ll snag one and see if I can build an image for those.

Another possibility is the Raspberry Pico, which is available, cheap ($4!) but doesn’t have onboard wifi. You can get a Pico wifi “hat,” though none of it will fit in a snazzy pre-made case, and if you’re not in the UK shipping is pretty slow - I’ve ordered one, it’ll be here in a few weeks, and I’ll see if the usual image works on it.

Lastly, you can just bite the bullet and pay the premium that Pi Zero W’s are going for. They were originally $10 but are now usually $100+ on Amazon or eBay; Waveshare has them for $72, which is still pretty cheap compared to the $250 “wireless SD card” devices that are out there, or compared to upgrading to some of the already-wifi-enabled embroidery machines. (Which are pretty temperamental about staying on the wifi, I hear - I know folks who still schlep USB sticks to theirs.) Make sure you get a W (or WH), that’s what indicates it has wifi.