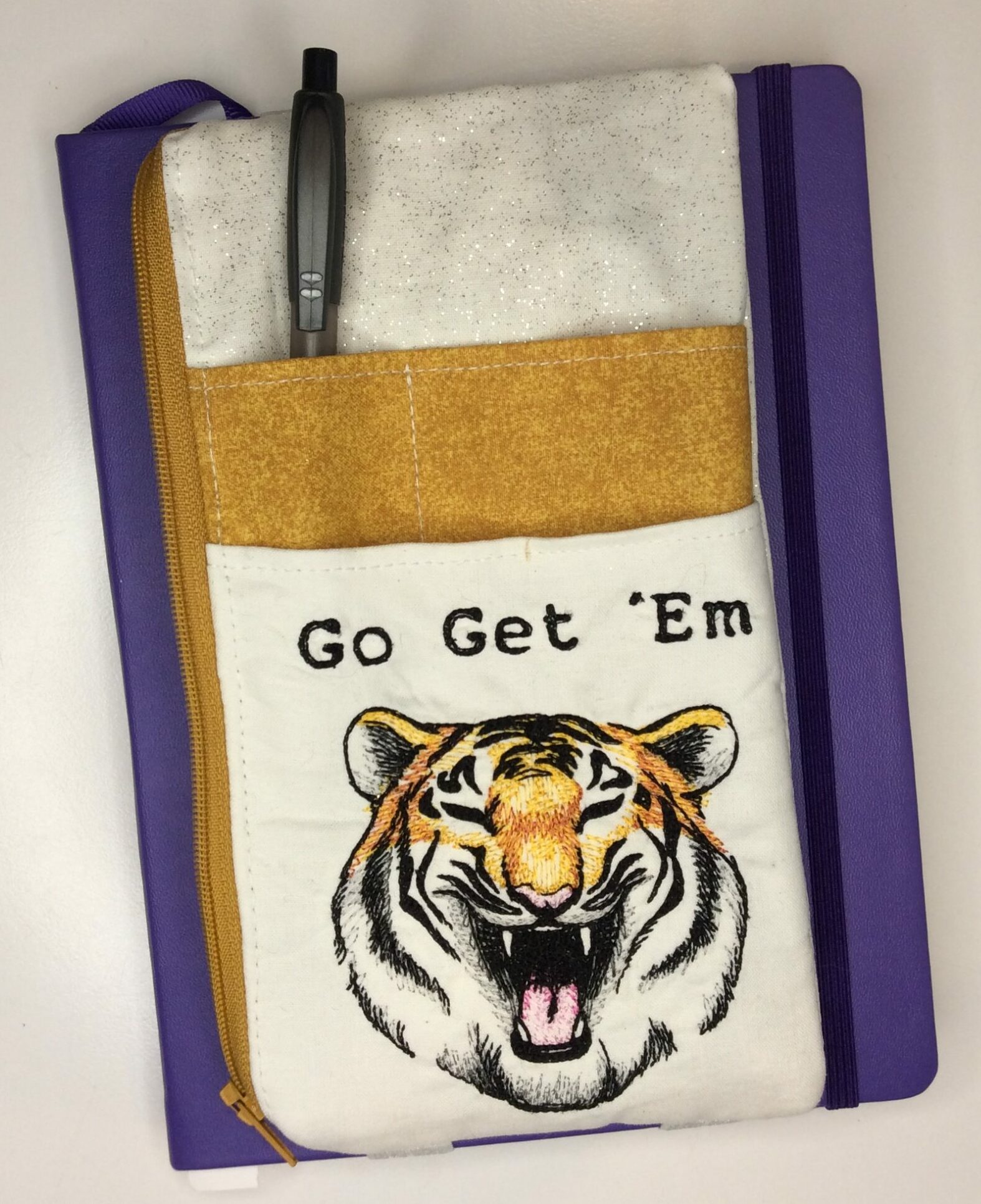 I needed a little gift for reasons, and so finally made a little Sewing Times project: a notebook pen holder.

It’s an easy little project, just a zippered pouch that happens to have elastic across the back so you can slide it over a notebook cover. There’s a video tutorial but I didn’t watch it – if you follow the photo-stills process be aware that it’s missing some details. If you don’t open the zipper right before the final sew-around-the-edges, you’ll be left trying to open it from the back so you can turn it. (That’s such a common mistake that I’ve seen an achievement patch design for remembering it on some embroidery site or other.) It also doesn’t mention stitching the divider in the taller pocket, which you’ll want to do before basting the lower pocket on.

Because I was too busy learning how to use the ring light, I made a few mistakes… got the zipper going the direction I wanted (up to close) but forgot to pay attention to which side it was going on. Which is fine except that means the embroidery is off-center. And next time I’m going to finish the zipper ends, which the tutorial doesn’t call for.

I put on two 3/4″ elastic straps rather than the wide elastic the design calls for, because that’s what I had.

Anyway, either watch the video or find one of the other zillion instructions on the Internet if you’ve never made one of these before. I picked this one for its dimensions: the lower pocket is the perfect size for a 4×4 embroidery design. Or even 5×5, though depending on the particular design it may look a little crowded.