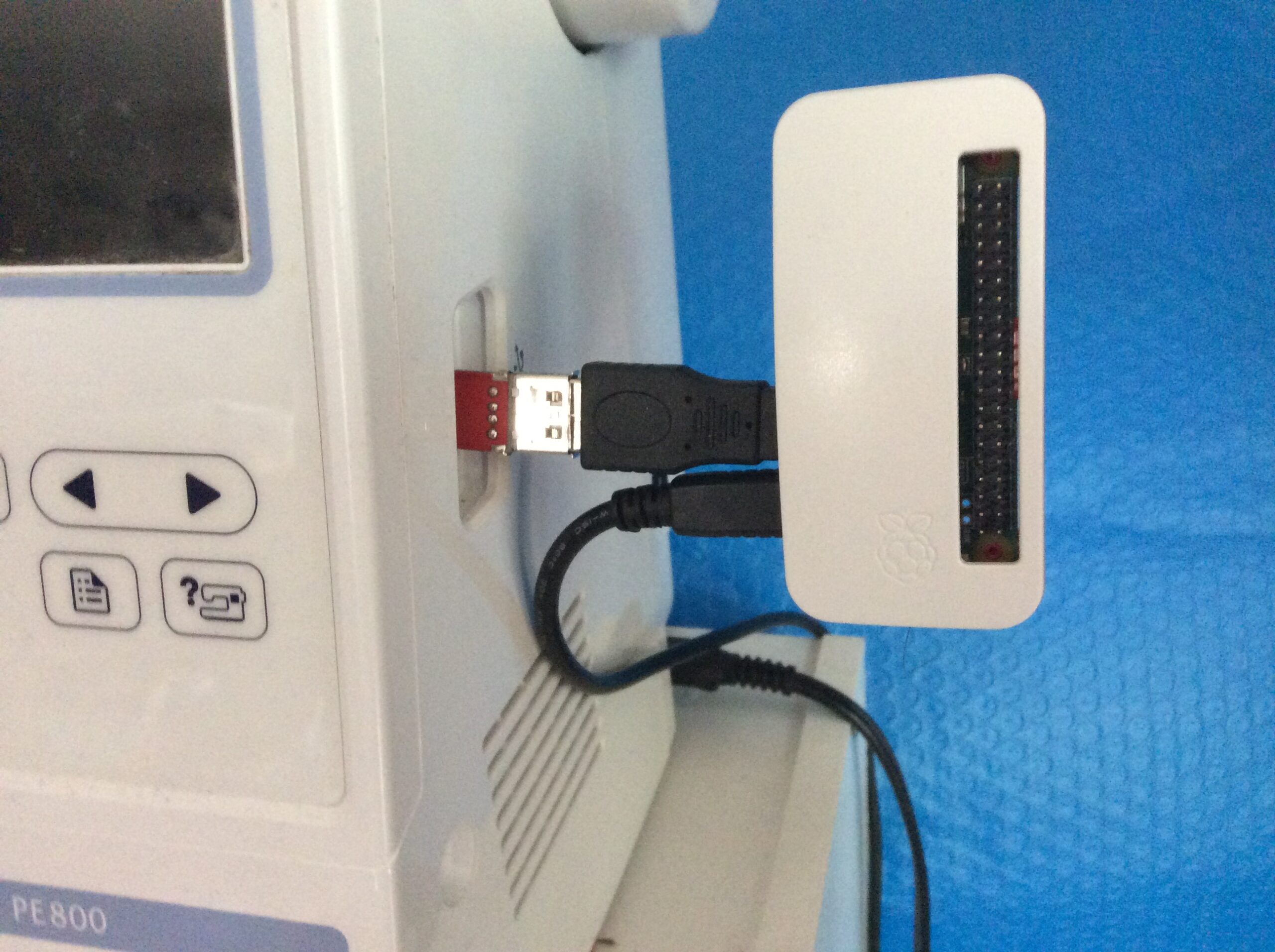 After I wrote Monday’s entry, it bugged me, because the only real reason I stopped using the Pi was the power issue. Sure, I could just open up one of the many, MANY cables we have around here and make like a bomb defuser and snip the red wire. (Literally that’s what you do.) But I was so pleased with the Pi-on-the-side-of-the-machine picture that I didn’t want to go with a cable.

So I poked around and discovered PortaPow, whose data-blocker USB adapters I have, makes one that’s the reverse: a minimalistic power-blocker version. Yay! Here it is:

That’s the other Pi Zero, with soldered headers, which is the first one I ran across. The tiny red PCB is the power blocker. But I’m still not happy with that setup, because the separate power cable, the entire point of the exercise, puts the thing at risk of getting pulled off. Or worse, pulled at an angle that damages the embroidery machine.

So, fine. I have USB extension cables that will bring both embroidery machine’s ports over to my desk, which at least has the advantage that I can put two Pi’s together on a single power supply.

I’ve got the first one mostly set up; both embroidery machines can load designs off it (not at the same time!) Using scp to copy files over the wifi works fine, but soon as I install something a little more friendly to non-nerds I’ll build an image from it. For real this time.