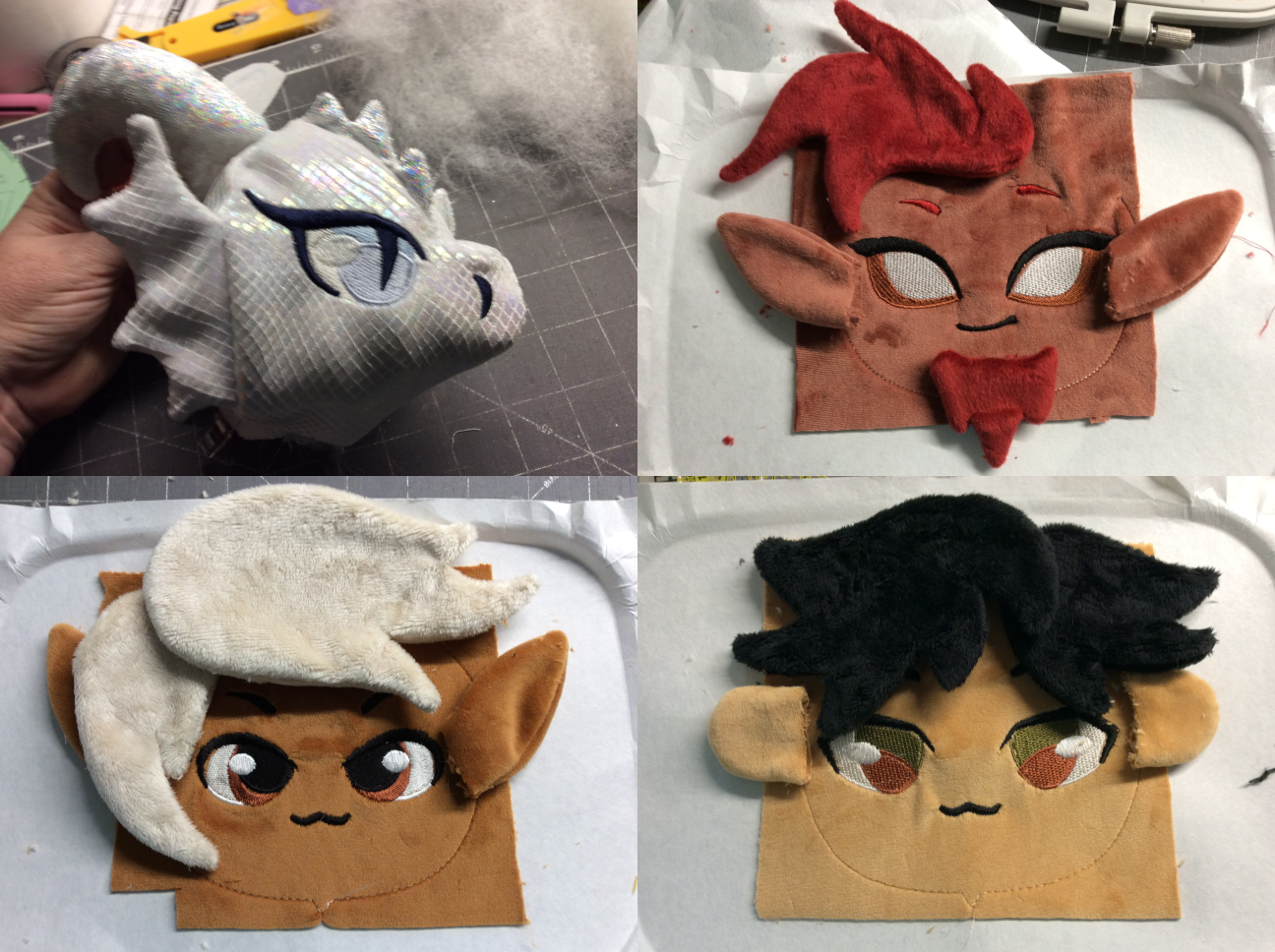 I’m having entirely too much fun playing mix-and-match with the pieces of Choly Knight’s chibi doll series. I used a random character generator to build a party of first-level D&D characters, mostly randomly. I wanted one of each of the 4e roles, I wanted four different species (and no dwarves or halflings yet), but otherwise I let it do its thing.

That’s a dragonborn wizard, a tiefling ranger, an elven cleric, and a human paladin. I think I’m going to put them up in the shop drop on the 24th as a group, mostly for publicity because I won’t be home on the 26th to ship things. In the unlikely event someone is enthusiastic enough to buy them all together the first day, I guess they’ll have to be a little more patient. I’ll split them up the following Saturday.

My new[-to-me] Cameo 4 is supposed to arrive today, so I’m putting off cutting all the body pieces until then. I’m not sure how well it’ll cut mochi and minky, but if it does a good job I will be so excited. I’m replacing myself with robots!

I’ve been putting off the mochi restock since I haven’t been using it up much. There are a lot of in-progress mochi dragons in the hand-sewing traffic jam, but that’s it. But if it works out as a doll body fabric, I’m going to put in another order. For the faces, at least, it’s working out well, and I like the contrast between it and the longer-pile minky hair. The tiefling has the shaggy side of Pure Plush because the color was right, but the other two have Cuddle 3. The real test will be whether I can give them mochi bodies without ending up with noodle legs. Apart from the tailed dragons, none of the dolls stand on their own, but I’d prefer not to have the doll stands do all the work.