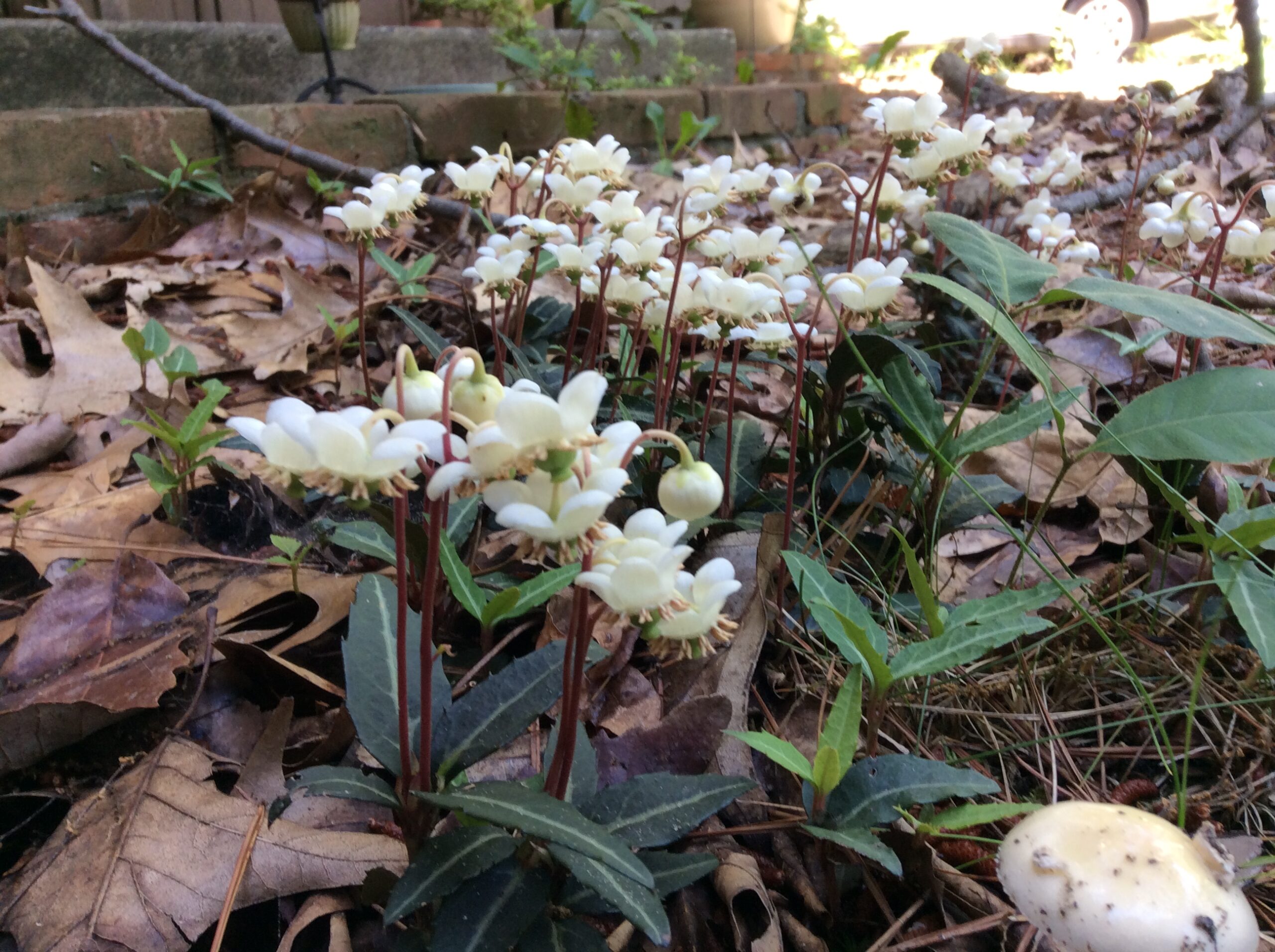 The heat broke yesterday, the humidity plummeted (mostly literally; it rained buckets) and I got out to trim the hellstrip, change the birdbath water, and generally enjoy our yard. The little plants that I thought were some kind of creeping vine bloomed, and I realized they’re not a vine at all but little orchids.

Evidently they require specific conditions – a dry period in May – to bloom, and this year hit it. They’re all over, such that the kid remarked that “there’s popcorn all over our yard.” From above/a distance… yep. They spread by underground runners, which accounts for looking like a creeping vine: the older, dark-green ones have lines of lighter-green, progressively-smaller plants shooting out from them.

The various fungi are starting to turn up, too. This is the first time I’ve spotted these.

I’ve been doing some sewing, though I’ve been resting my wrists a bit after the dragon armor so I haven’t done any of the hand-sewing to finish it for show. So you get mushrooms and orchids for now. A smarter person would have also taken the dragon outside for some nice sunlight pictures.

Saturday will be a shop drop, for real this time. I’ll move the sno-cone dragons over to the Etsy shop, and they’ll be joined by some foiled mystique colors, and one or two larger critters. Nothing as ambitious as the anthro dragon… this time. (But wait for July!)