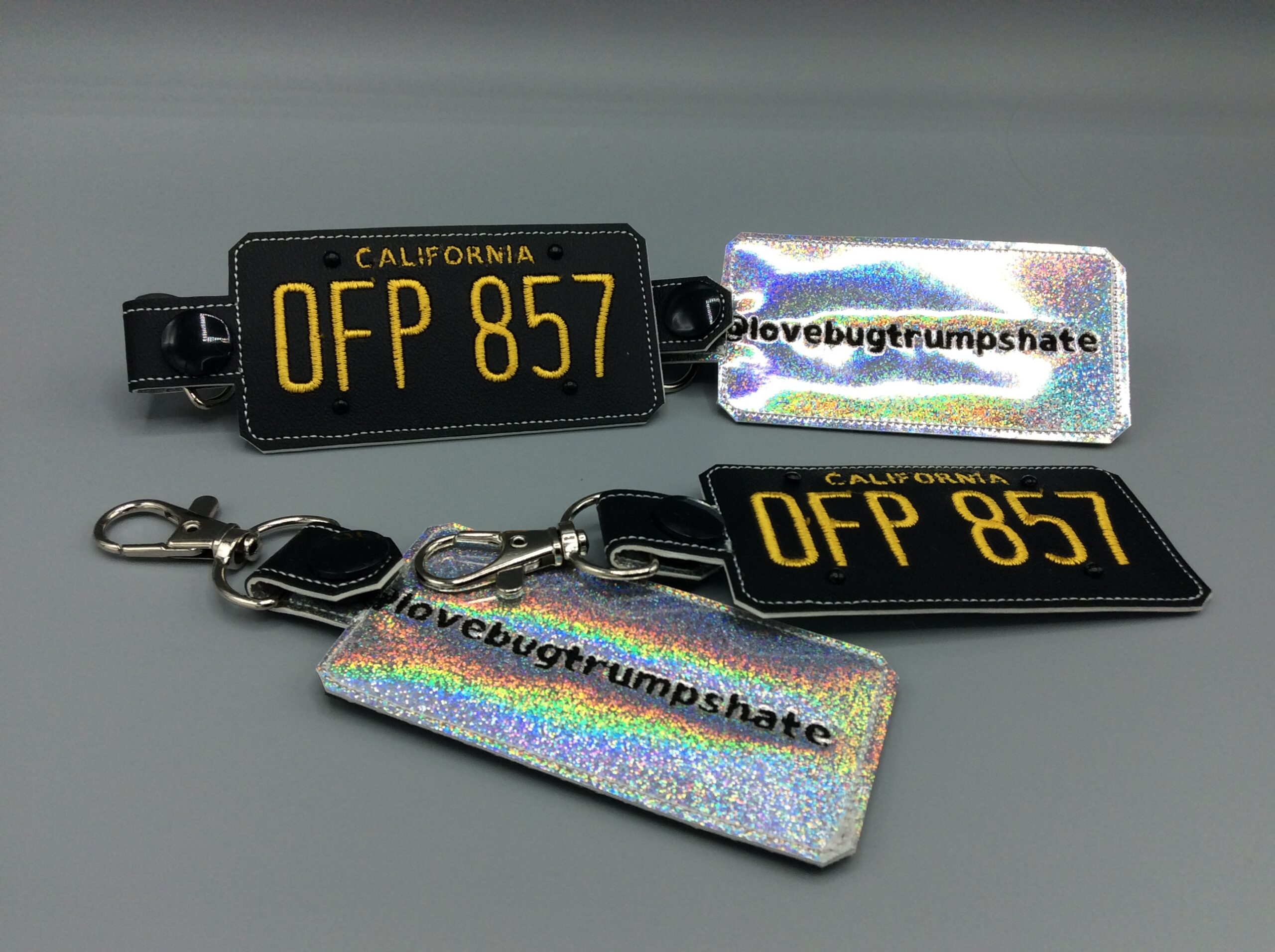 It’s been awhile since I did a “stick something in the embroidery machine and see what happens.”

It was a challenge punching the holes for them without loosening the stabilizer in the frame.

Luckily there’s plenty of clearance for the legs in the big rectangular fob. Perhaps a little too much; I didn’t put down any alignment stitches and ended up with the bottom “screws” being a little higher up than is really correct.

I wasn’t too concerned about a needle strike; the biggest problem in this sort of thing is that the foot nudges it as it goes past, and makes a little ripple in the outline as the frame flexes. That happened ever-so-slightly on one of the fobs, but the other four cleared without bumping them. With the dragon eye fobs the foot will just ride smoothly up onto the cabochon, because it’s under the vinyl. Not so with brads/rivets, but if it had been closer I would have used a washaway stabilizer on top to provide a ramp.

My pliers base arrived in time to set the snaps, which was very handy. I got a basic pliers early on, and upgraded to an interchangeable version later, figuring I’d pass the pliers on to a family member. But it turned out to be very handy to have the snap-setting head available at all time, even though squeezing it is not good for my RSI. It doesn’t take a lot of pressure if you remember to hold it out at the end of the handles to get the most leverage, but I never remember until I feel it in my wrist. So these folks make handy cradles that turn the handheld into a tabletop and it’s pretty great. We have a whole garage full of woodworking equipment, but $25 is totally worth not having to experiment to get the fit exactly right.

Tip: if your snaps come apart right away, chances are you’re pressing too hard rather than not hard enough. I did that on the first one because it’s super-easy to press down on it now. Start out with what you think is too little pressure, and it’ll probably be enough. You can always re-press if you need to.