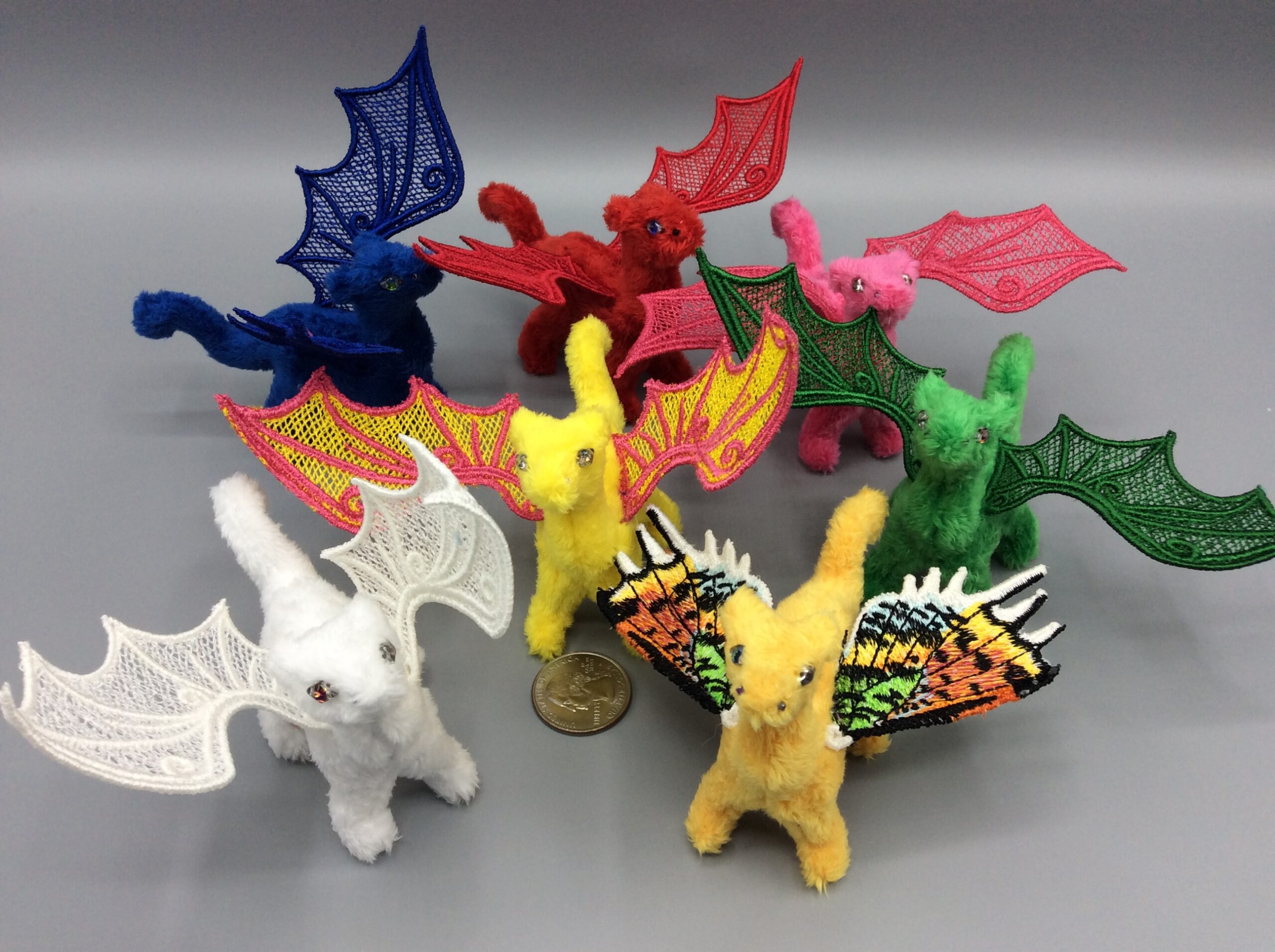 Last time I mentioned this, I kind of gave the “how I got here” recap. Since then, I’ve been thinking about the “where do I go from here” plan.

My initial idea was that I would try it for a year and see if it was making money. At the one-year point? I was shut down because I decided little plush dragons weren’t worth making postal workers risk their lives. I reopened with mixed feelings once we had started to mask up and whatnot, but at any rate Year 2 was not exactly a great one for determining the viability of the business. I broke even, if you don’t count paying myself for my time.

So Year 3 is “take what you’ve learned” time. I’ve cut back on new fabric purchases, since I’ve been buying it faster than I can use it lately. Or rather, I’ve been hoarding it: making enough tiny dragons out of something to pay for it, but then stashing the rest against the time I make poseables. Which is fine except I need to, you know, make some poseable dragons.

Scheduling the shop drops has been helpful, though I kind of goofed up this week. I had resolved to finish all my shop-drop things the week before the drop, but I just kept making lace wings until I ran out of stabilizer. Then, this being the first time I’d made them in real assembly-line fashion, I learned that my time estimates for them were, uh, low. Turns out the lace wings, especially the big ones, take more time to attach properly. I bumped the shop drop to Sunday and still don’t have pictures of all the colors in the entry. But Saturday was our wedding anniversary. Work-life balance, you know.

The next step, then, is to take my to-do list in Taskwarrior, where I’ve been accumulating all the unfinished and wanna-make projects, set a daily minimum revenue I want my shop to produce, and schedule that dollar amount of projects every day. So I laid that out for last week and… whew. That’s quite a pace.

It’ll force me to do a few things, though, like focus on things that sell well and for a decent amount, and maybe cut back on the things like the Love Dragon. That ridiculous beast amused me to make, and may have been a useful learning project (or would be if I ever, you know, made more large velvet dragons), but it is not really something that’s likely to sell (she said, fourteen months later).

It’ll also get some of my unfinished projects finished, since my goal is specifically to “List $N worth of items” and so (1) it doesn’t count until I’ve got an Etsy listing (in drafts, at least) for it and (2) finishing up a big velvet dragon like the Celestial is a lot easier than starting a new one. Or rather, than start-to-finishing a new one… half my problem is that just starting a new one is much easier.

It’ll also inspire me to get more passive revenue streams going (i.e. finish some dang pattern tutorials), so that those things will let me lower the requirements for a constant stream of product. Especially because there’s still some demand for beanies, and I’ve always promised those would still be available when I stopped making them. Oops.