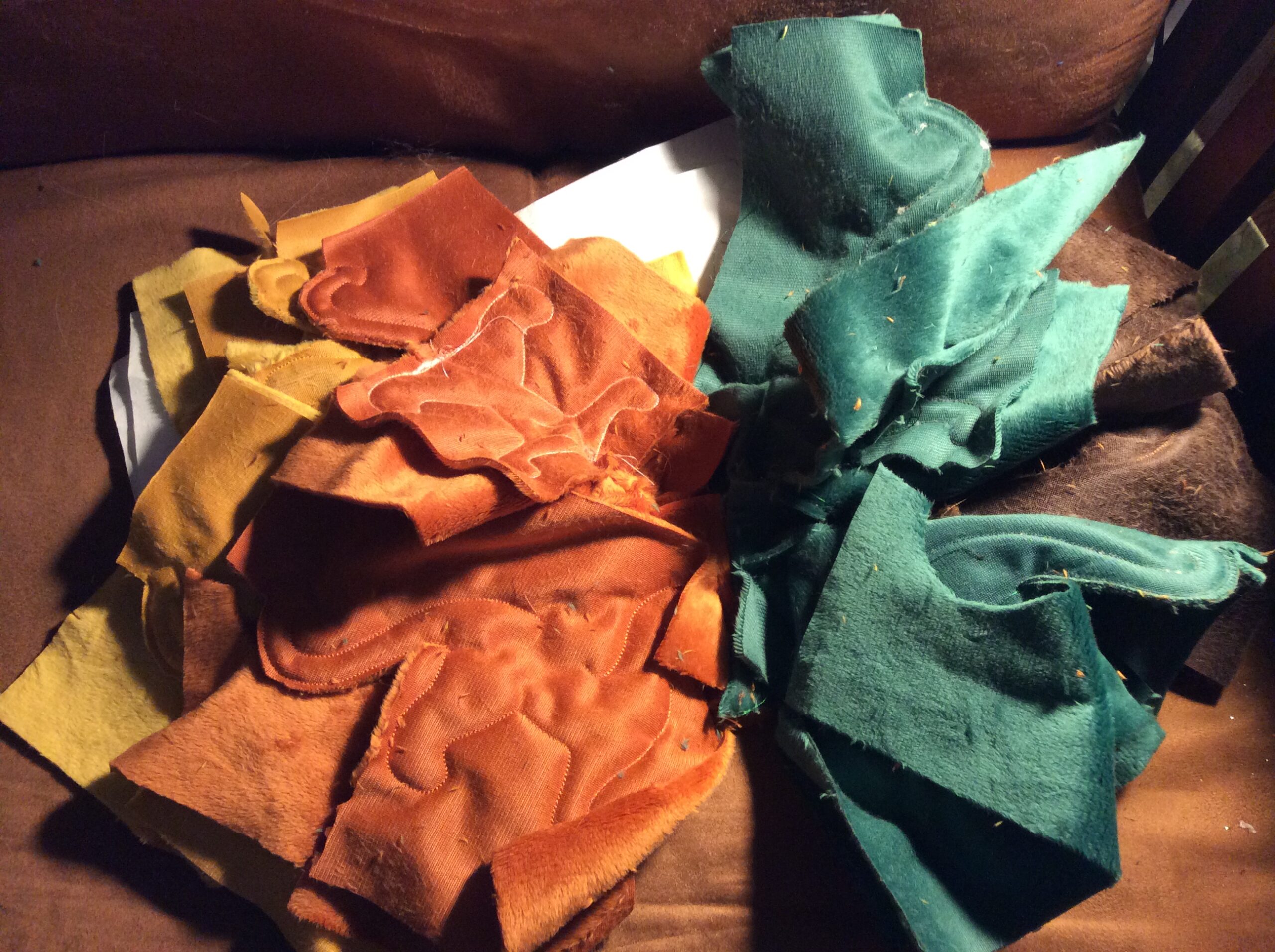 I had hoped to streamline the process enough to get there, and I got pretty close. The mess of minky in the featured picture is what happens when you assembly-line dragons. Colors get made in pairs (4″ adults and 5″ babies) or quartets (3″ and 4″ babies) based on the number of wings that fit in a 5×7 hoop, culminating in sewing as many heads as will fit in a 5×7 hoop: eight big dragons, twelve little dragons. I can whip out the in-the-hoop portion of them fast. But after that I have to cut them and turn them and stuff them and sew them together and put eyes and nostrils on them and that all adds up because I’m kind of a perfectionist. They don’t all look the same, but they all have to look cute, and symmetrical, and stand with all four legs on the ground, and so on.

So I’m calling it: I’m going to let the colors all go out of stock. I’ll keep the made-to-order entry and I’ll make them indefinitely, but I’m not going to make them on spec anymore.

The good news: I’m going to go ahead with my original plan for that pattern, and put it up for sale. The beanies will happen first, because I need some practice at taking understandable pictures before I try to explain the strange gymnastics that let you produce a fully 3D dragon out of an embroidery machine, but I’m going to rewrite my goals to have a definite plan for this so it’s not just “someday.”

The other good news is: that means I have no guilt about best-selling colors being out of stock. I am free to spend time making the poseable critters. And finishing the Choly Knight faun, and the BeeZee shoulder dragons, and so forth. Hopefully it’ll make the blog (and my social media even more so) more interesting: no more “welp, I added a few new colors but nothing else is new.” I mean, I’ll probably mention it when made-to-order brings in a new color (see Coral, above). And I’ll continue to make/find fun new wing designs and the like (Rosy Maple Moths! Sun-Moon-Stars!) so it’s not like new dragons will stop showing up. And of course non-minky ones will continue to happen, though hopefully more as a side effect of getting cool fabrics for poseables.

And in other good news/bad news: Ramses, the white cat who has appeared in a lot of my worktable pictures, has been really pleased that His Person now works from home full time. He now hangs out in the office and doesn’t spend so much time getting in my way and getting his hair on stuff. But Poppi, the starveling gray cat we acquired a year ago, has discovered the joys of YouTube cat entertainment videos and now sits in front of my monitor demanding the Realistic Mouse Video at inopportune times. It’s not helping my productivity.