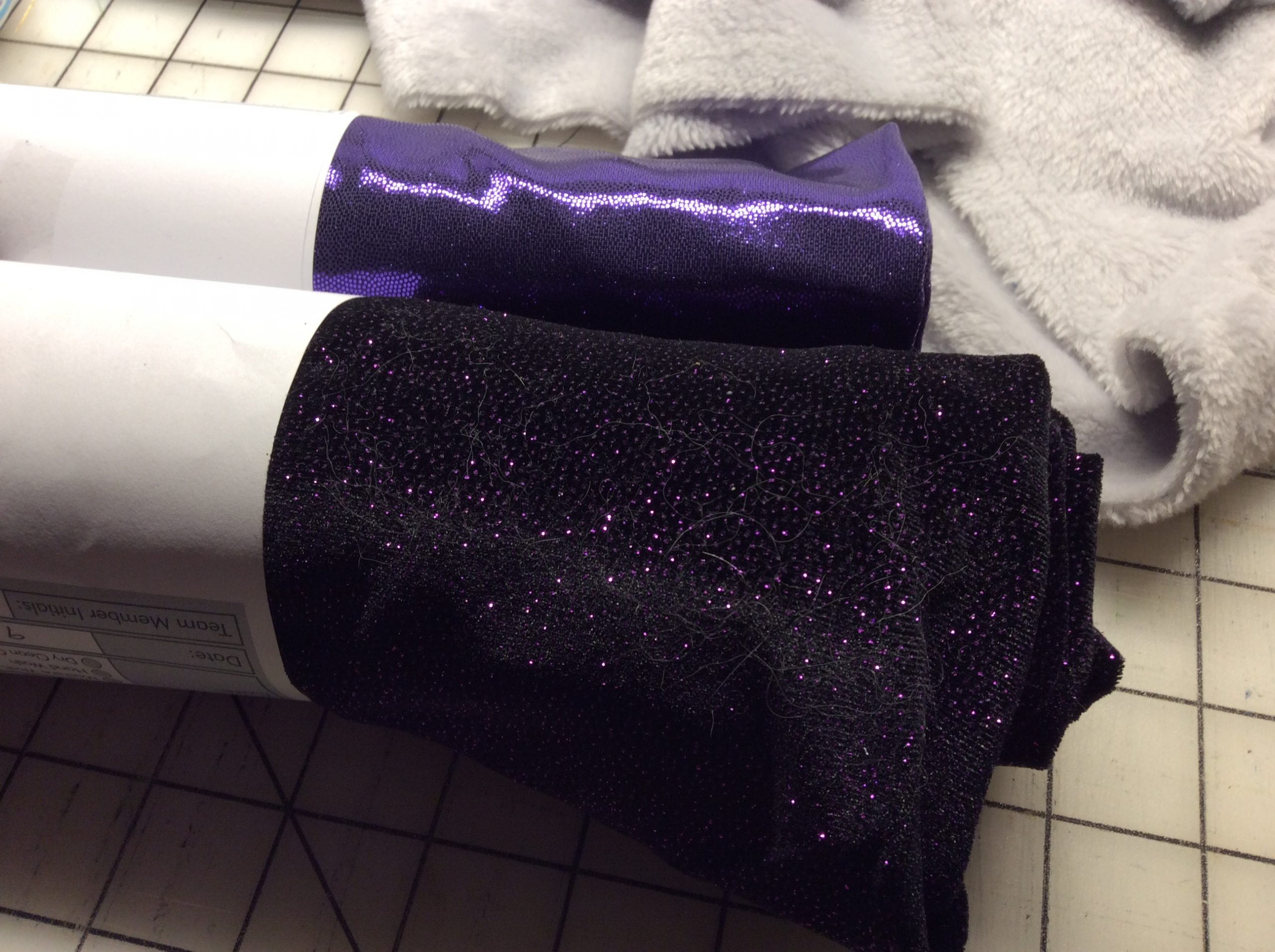 I went to point someone to the story of the galaxy velvet and… it’s not here on the blog? The picture of the car is in the media archives, but evidently I changed my mind on that post. Weird. Anyway, here is the story of how I came to be in possession of fabric that sheds glitter.

The original use of that picture is in a brief, innocent post in early October 2019, pointing out that it was the time of year that costume fabrics were showing up in the remnant bins. (With JoAnn having leaned fully into cosplay, that’s year-round now.) And then the fabric showed up in a dragon making a cameo in the first post about the snap tray design (if you wanted that design, use the newer version).

That’s it? I’m not gonna comment about how that fabric turned out to commit the cardinal sin of shedding glitter even when it’s not being cut? I know I complained about it somewhere, probably on the fediverse.

Okay, here is the deal: when you buy novelty fabrics that were never designed for plushies (or embroidery), you have to be extra careful. Modern dancewear is much better about it these days, but used-to-was it was rare to find a foiled fabric that could survive being turned. You’d sew your shiny dragon, turn it right-side out, and all the shine would be powdery dust on your work table. So I check fabrics, discreetly rubbing them and even scraping a fingernail (in the selvedge, or very close to the cut edge) to see if I can dislodge all the shiny.

Galaxy velvet sheds glitter. It started out as purple (and maybe orange, I think?) Halloween fabric, which almost always means “something that wouldn’t even stand up to dancewear use, much less plushie turning.” And I’d looked at it on the bolt and rejected it, so why did I get that remnant? Wellllll…

Our college kid doesn’t drive, and the community college is right next door to the big JoAnn and Costco. So on Tuesday I’d do my fabric shopping during class, and on Thursday I’d go to Costco, or vice versa. And one of those days an F-350 construction truck changed lanes as I was passing through his blind spot, en route to class. He was very apologetic, the traffic cop arrived promptly and things went about as well as that sort of thing can go, and the kid wasn’t even very late for class.

But obviously I was a little more shaken up by the incident than I’d realized because I bought glitter fabric.

But Karen, you might be thinking, you’ve been talking about having purple, silver, green, and multi-color versions. How much was in that remnant bin?

Um… the real problem was that apart from the glitter, that fabric works really well to make little dragons. Well, apart from the glitter and, as I said in the original post, it holding lint very well. I am tempted to get some black fiberfill to stuff them with because it takes almost as long to clear all the fine white fibers off the critter as it does to stuff them. But it’s neat enough that I acquired a bit of every other color a year later (when I’d forgotten the lint issue, I guess).

Anyway, long story short, tomorrow’s shop drop will involve galaxy velvet dragons in various colors and styles, and a few other surprises, but only one color of diamond-scale dragon.