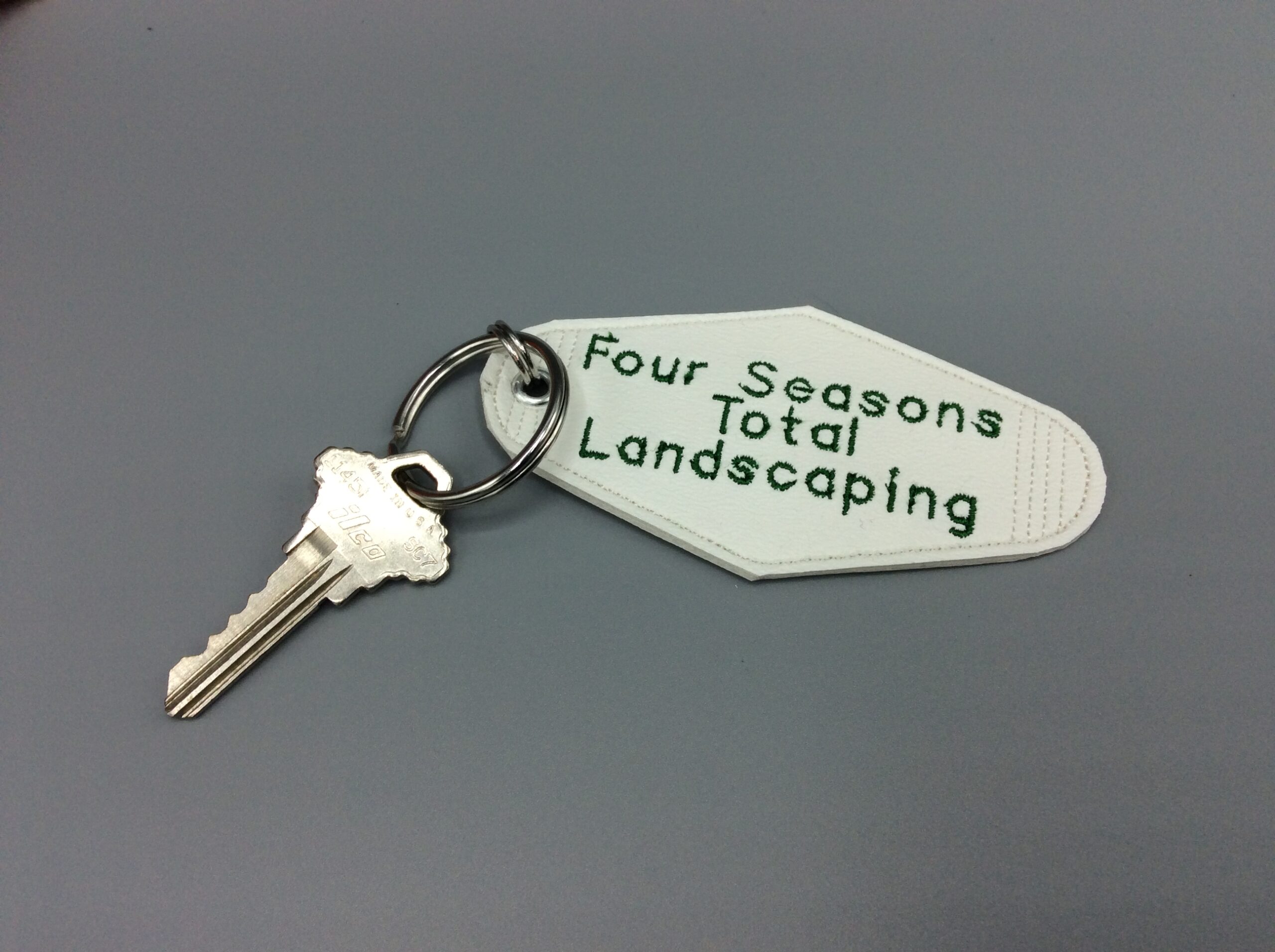 Ink/Stitch comes with a lettering capability these days, and several fonts of varying sizes. Inspired by recent events and the existence of the motel key fob blank design, I had to whip up a quick one but I wasn’t really happy with the lettering.

For one thing, my machine doesn’t cut jump threads and so there was a tiny jump between every.
single.
letter.
and it was tedious especially since in my quick-and-dirty stitchout I had skipped using a top stabilizer. That doesn’t affect the final appearance much on that vinyl, but it makes it much easier to clip threads without catching the mushy vinyl.

Anyway, it finally pushed me to track down a nice legible (mostly-) continuous script with a license that will probably allow it to be included in Ink/Stitch – though since I’m not directly using the font file it probably doesn’t matter (font copyright is weird). I’ve only done the letters you see so far but I’ll leave the Inkscape file open on my desktop and keep adding letters in in spare moments.

I haven’t stitched the new version out yet because I’m not sure I really need four key fobs for a meme, but if you order something from one of my shops and you want one, message me with the order and I’ll throw one in.