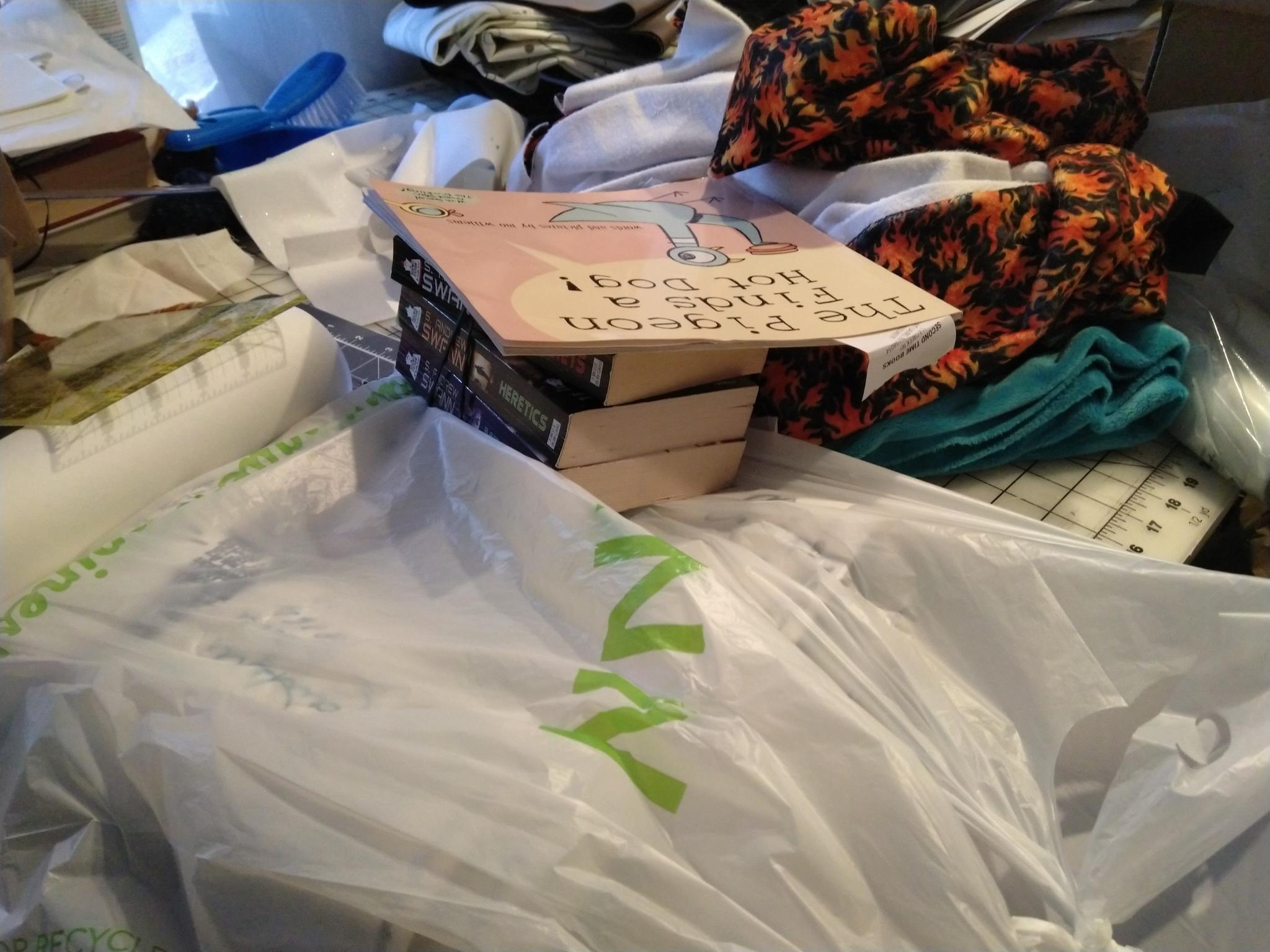 A while back I posted about my unfinished projects and a to-do list, so I thought I should revisit it since it’s supposed to keep me accountable. It’s going… okay. There’s good and bad.

The good: it’s been pretty good about the small routine stuff. I take my vitamins, zero my inboxes, keep my business paperwork up to date, water the plants, feed the sourdough, charge the phone, and so forth. The house is cleaner than it’s been in awhile. I mop the kitchen weekly instead of when it finally grosses me out, for instance.

Exercising has gone surprisingly well too. I started with a cheap Aldi stair-stepper and, when I felt like I’d been consistent enough, upgraded to a folding stationary bike 📦. I feel about five years younger already (so, only 95 instead of 100). I’m also losing an average of 0.2 pounds per week so I’ll hit an ideal weight in… uh… awhile. (The aforementioned sourdough isn’t helping but hey, it’s better than adding the Quarantine Fifteen.)

The bad: apparently I can either keep up on the housework or on keeping the shop stocked, and not both. I pulled a ligament in my knee (exercise doesn’t fix underlying issues, and sometimes lets you get all confident and haul heavy boxes up and down stairs) and had to sit things out, which is why you see dice trays and whatnot in the shop. But I have a big ol’ backlog of dragons to sew, and a workroom full of stuff to put away. That featured image? That’s my cutting table. Gotta go uncover it so I can work. Normally a Tuesday task, but sometimes things get messy earlier than scheduled.