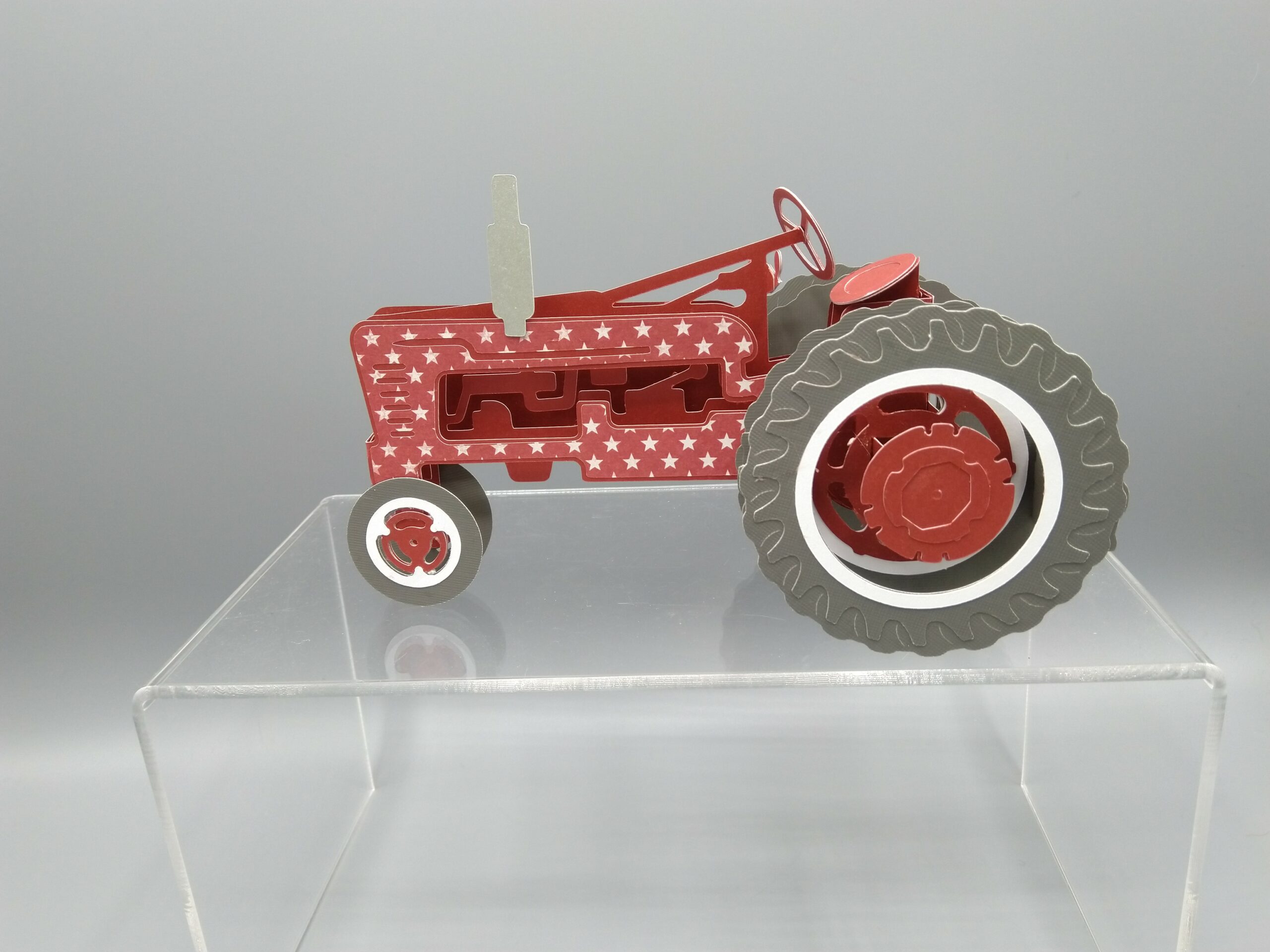 The Cameo may not be able to cut marine vinyl, but it can still do paper just fine. At least, fine when it has a decently sticky mat, which it doesn’t right now, but still reasonably fine.

Yes, I’m aware one tire is mounted backwards. At least it’s the one on the back of the card (I think).

It’s an SVGcuts box card, technically a Christmas card but since FIL has a vintage IH tractor it seemed appropriate for Father’s Day. It won’t get to Wichita by Sunday, but they’re used to that from me.

As part of the great workroom overhaul, the Cameo now has a permanent home, so I might do some more work with it. Despite that being this sort of machine’s primary purpose, I have never ever cut decal vinyl with it. There are a lot more items on the TaskWarrior list ahead of it, but I’ve added cutting dragon decals to the end of it. It’ll eventually bubble up. In the meantime, I’m bouncing back and forth between wrapping up the Celestial and testing out a Whelan-esque velvet fire lizard design.