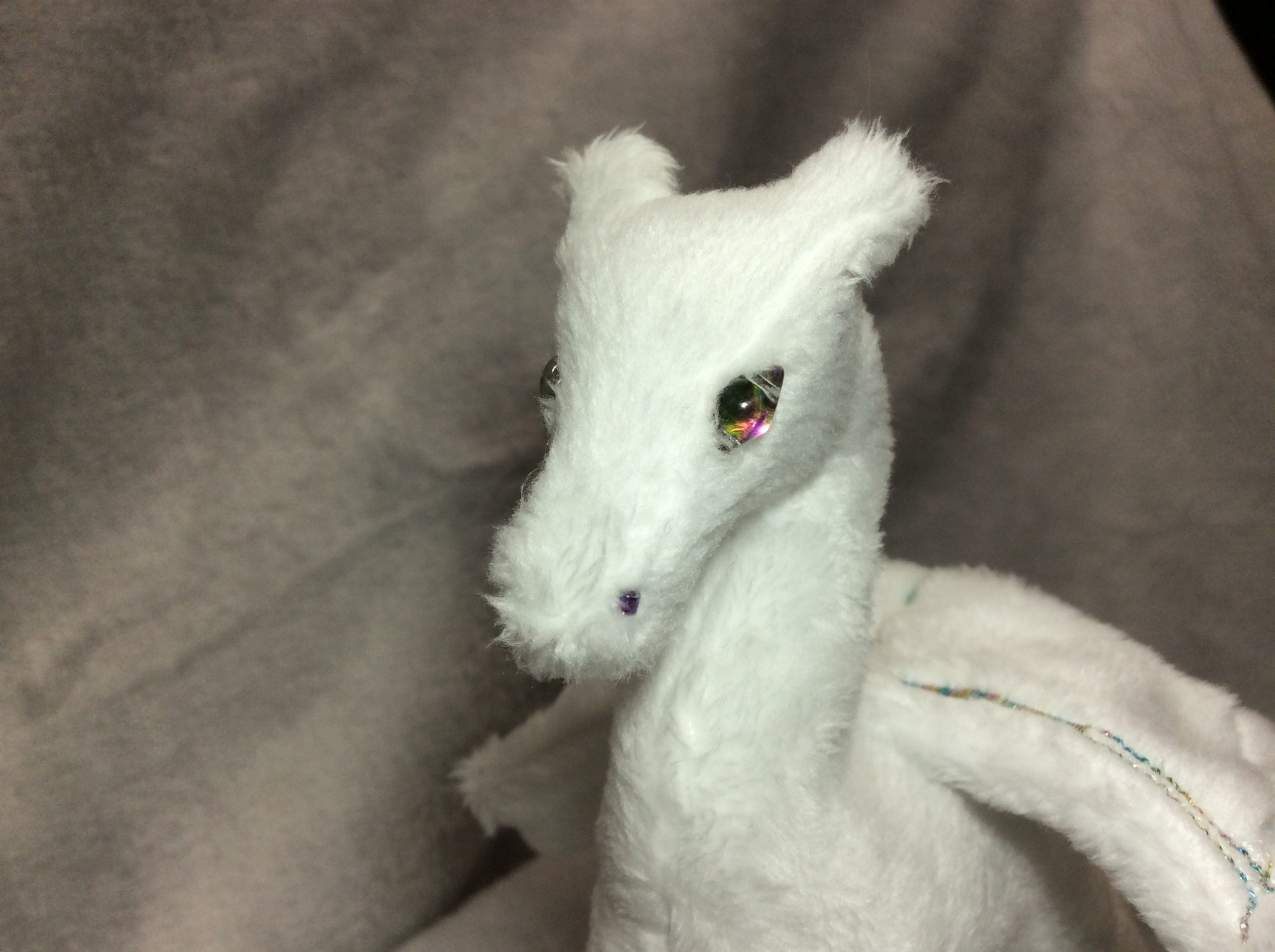 As promised, I tried out a hybrid between the beanie dragons and the art dolls. It’s pretty hard to optimize these for mass production; the beanies I can at least group heads to minimize thread change overhead. I can fit two wing pieces at the same time for this one but that’s it. I’ll try assembly-lining them and see how efficient I can get.

After battling with a longhorn version (like the Stargazer) and getting the minky bound up in one horn such that I can neither turn nor un-turn it (the perils of stretchy fabric), I decided to do a Pernese “headknobs” version.

“Y’know,” N’ton began, frowning slightly as he folded his arms across his damp-spattered tunic, “Ruth isn’t really white.” Jaxom stared incredulously at his dragon. “He’s not?” “No. See how his hide has shadows of brown and gold, and ripples of blue or green on the near flank.”

I tried out a couple of variegated metallic threads for the wing stitching. I should do that on some beanies too.