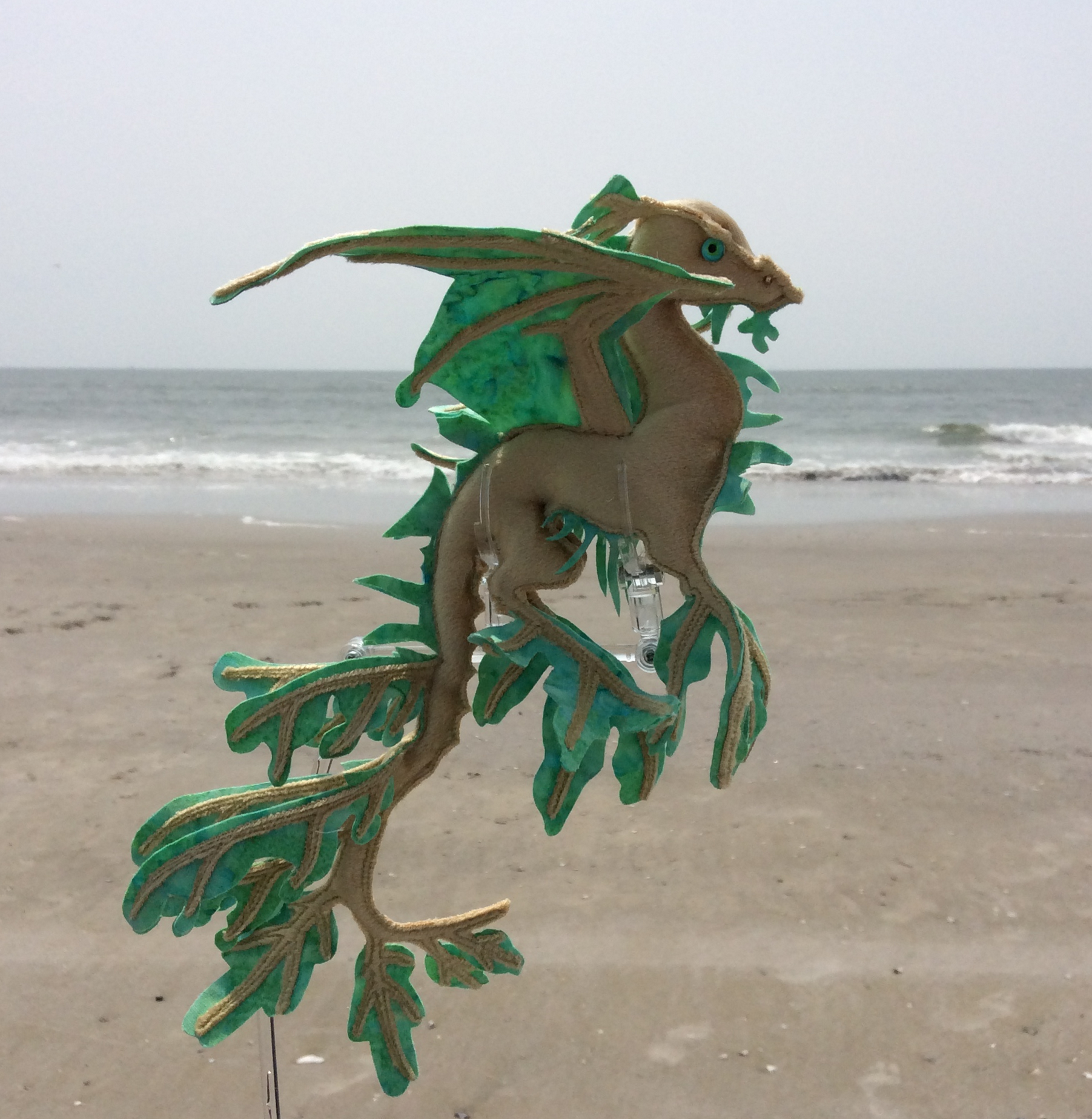 I had heard that the greenhead flies were bad this year, but I didn’t really grasp just how bad until I drove out to the birdwatching point on Brigantine Island and thought I must have disturbed a honeybee hive. The car was swarmed when I pulled into the parking area… and then I realized they weren’t bees, they were greenheads. And that was with a brisk onshore breeze that should have blown the bulk of them further inland (Brig is a barrier island, so the marshes were downwind of us).

I battled the breeze and the flies and the sun glare and got one usable picture of the sea dragon in its natural environment. At least I got to spend a few minutes walking along the surf. I miss living within a few minutes of this island, but it’s nice being close to Philly.

This critter is inspired by the leafy seadragon, a seahorse relative that isn’t generally found on the Jersey Shore, but which looks enough like a dragon that I’ve always wanted to nudge it just a little into being one.

It was a complicated project, and I think I’ll need to get better pictures of its tail. The primary tail curls up under the body, seahorse-style, but it has three pairs of fronds along the back that made it a real three-dimensional challenge.

The lesser sea dragon is more along the lines of the dragons I’ve been doing, though it’s going to be the first reverse-sewn dragon I list.

It shares a wing design (minus the frondlets) with the greater sea dragon: based on the auk family, birds that “fly” underwater.

And then there’s the shield dragon, a D&D-style silver dragon. I’m not as happy with the wings as I might have been. The shield dragon (a Good dragon) is supposed to have broad wings with which to shield its allies, so I shot for “mantling,” but I think I ended more with “droopy.” I might rework them before listing it, but I’ll give it time to grow on me.

The silver sparkle and blue marble dragons are currently listed, so these won’t go in the shop just yet.