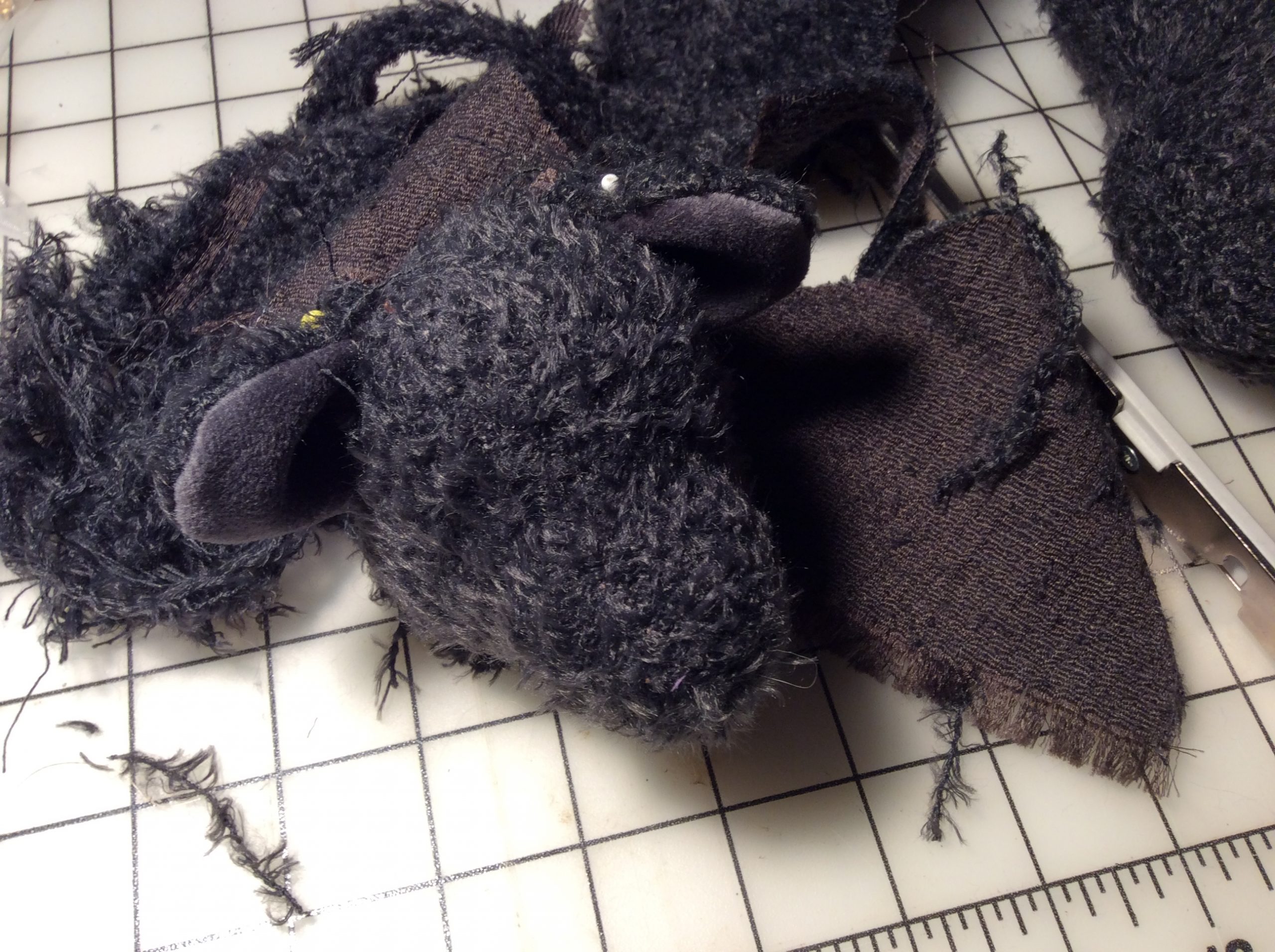 I’ve been doing those things again.

Not things that might break the machine (probably!) but rather, “things that might be easier to do on a conventional machine,” or “things the manufacturer really didn’t consider you doing and so the user interface kind of works against you.” Those kinds of things.

Okay, some of them are things that just shouldn’t have been done, period. That seal pattern… whoof. The first draft is rough.

I mean, eventually it’ll be fine, probably, but right now… I’m going to classify that one as “things that at least shouldn’t be tried within the constraints of a 4×4 hoop.”

And then there’s “things that shouldn’t be sewn in that fabric.” I begin to be of the opinion that nothing should be sewn in this fabric, actually. This dates back to a discovery in Designer (or maybe Decorator?) Fabric Warehouse, a short-lived place in Wichita that sold home dec fabrics and did custom upholstery and drapes, and was within walking distance of my house. (Dangerous, right?) Anyway, I grabbed a yard of interesting upholstery fabric that looked like a distressed/curly mohair but was a much more affordable synthetic.

See that snarl of fiber at the top? That’s what has shed from the cut edge of the yardage. Turns out it’s a plain weft, and the warp is an eyelash yarn. And it’s a silky synthetic (not even sure what) so it ravels if you breathe on it. Also, being nearly black it of course photographs really badly. The bear does have a muzzle, kind of a big one, but you can’t really make it out.

Better? Yeah, not much. But hopefully you can tell that it’s a fairly large, nicely rounded bear head (or maybe rat, it never looks like much at this stage). And that’s the important thing. I didn’t want to risk an actual mohair on this test, but it’s working: 100% of the sewing happened on the embroidery machine, and none of it involved matching curves or pinning things in the hoop or any particularly advanced techniques.

It’s going to take a lot more testing, and maybe I’ll just use muslin for awhile.