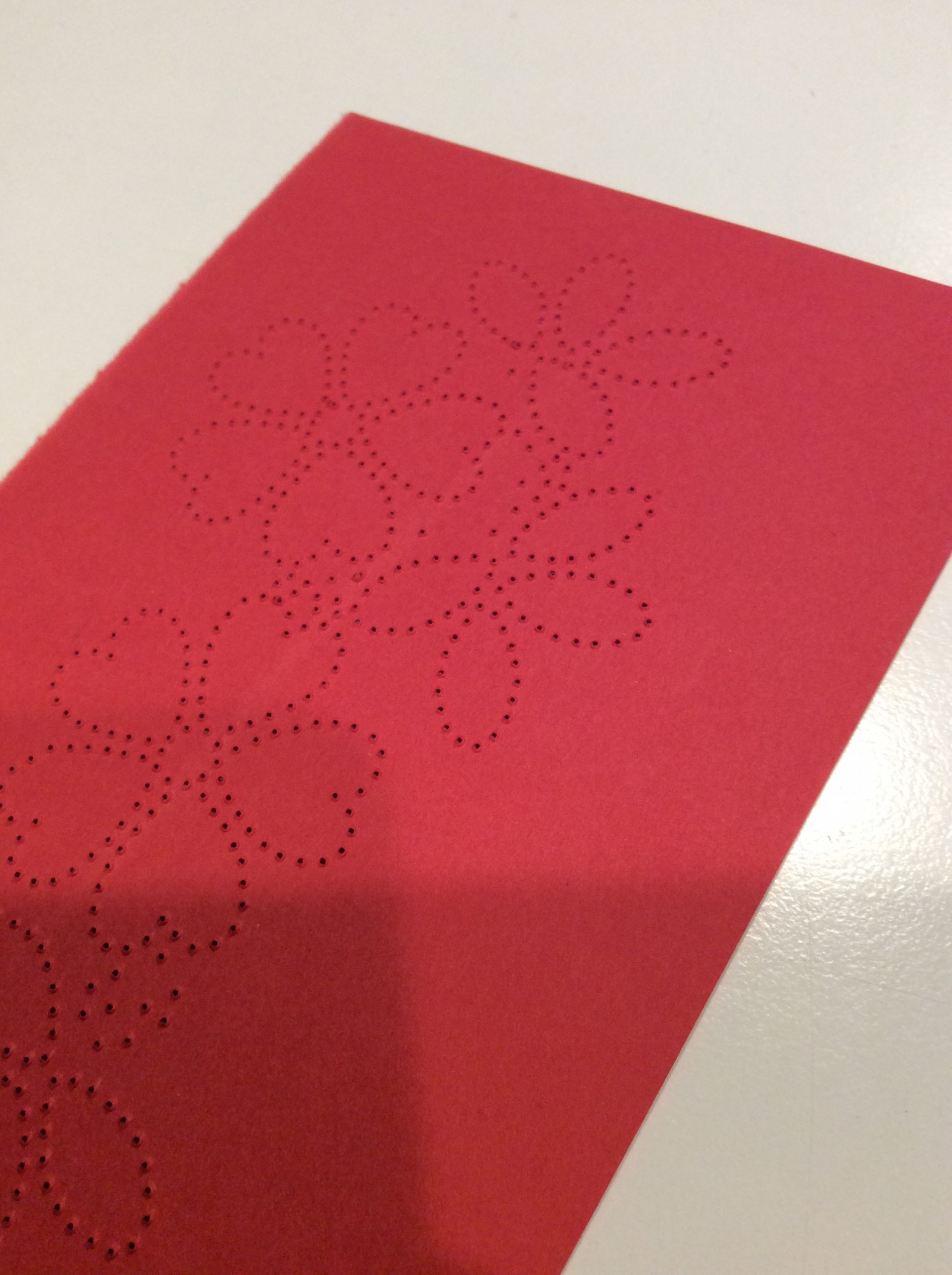 My mother-in-law embroiders on paper to make greeting cards. She often gets asked if it’s done with a machine but no: she punches a needle through a pattern into a card, then hand-sews through it. Most of the patterns are string-art style, some involve beading, things like that.

But she does have an embroidery machine, so of course I had to wonder if the pattern-punching part could be automated. The answer so far is “maybe.”

I hit up Needle N Thread because I knew Mary had a link to some free card embroidery patterns, and from there picked a basic free pattern from Stitching Cards. It came in PDF so I just opened it in Inkscape, put the pattern page on a locked layer, and created a path letting the cursor snap to each dot in the path. Then I taped a random piece of scrapbooking cardstock onto some stabilizer, took the thread out of the machine, and let it run.

It was not perfect: it paused every dozen stitches or so because it noticed the thread was missing (BEEPBEEP) so I had to push OK (BEEP) and then the start button (BEEP). It also leaves a rather tall “wall” around the holes because it punches through so fast, but that also might be my paper choice.

Lastly, even though I told Inkstitch it was a manual path (so each node on the path was a stitch) it still helpfully provided the little anchoring stitches at the start and end of the path, so you can see some extraneous holes at the beginning and end of the top left leaf there. That’s fixable, though – either via a checkbox in Inkstitch I need to find, or a manual edit of the generated stitch pattern.

Many of the patterns she gets are just scans of hand-drawn dots, so not all her patterns would be as easy to convert as this one. It’s also probably not worth the work for patterns she only does once. But let’s face it: 80% of what I do with the machine is just to see if I can.